"They beat him with a pole... and you could hear the bones breaking," said Debbie Turner, recounting her husband's murder in a slow, defiant voice.

She refuses to talk about him in the past tense and sleeps with a photo of him close by.

“I miss him so terribly — it’s just so hard,” she said, sitting in front of the frail-care unit that has been her home since the attack at their farm.

Robert “Oki” Turner, 66, was beaten to death before her eyes six months ago on their isolated stretch of mountain land in South Africa’s northeastern Limpopo province.

He was one of the latest victims of a long campaign of violence against the country’s farmers who are largely white.

The rural crime epidemic has inflamed political and racial tensions nearly a quarter-of-a-century after the fall of apartheid.

Farm murders are just one issue that reveals how South Africa is struggling with violence, an economic slowdown and divisions along race lines.

The Turners moved to the verdant region, half-way between Kruger national park and Zimbabwe, some 30 years ago.

On their property, which spans dozens of acres, they grew gum trees which they sold to craftsmen or for firewood.

“Until about four or five years ago, we were very open. We didn’t have a key for our house — we would go away and nothing would have happened,” she said.

But then the extreme violence that had long afflicted major cities engulfed rural areas like theirs.

Break-ins, hostage takings and killings became common — with attackers often making off with just a few hundred rand (less than $20), a mobile phone or a hunting rifle.

The Turners were targeted after nightfall on June 14 when two armed men stormed their farm. Debbie was alone after her husband stepped out to fix a water tap.

“They said ‘we want money’. I said I haven’t got money,” recounted Debbie.

“They dragged me all over the house and put me under the shower and turned it on and left me for 15 minutes. 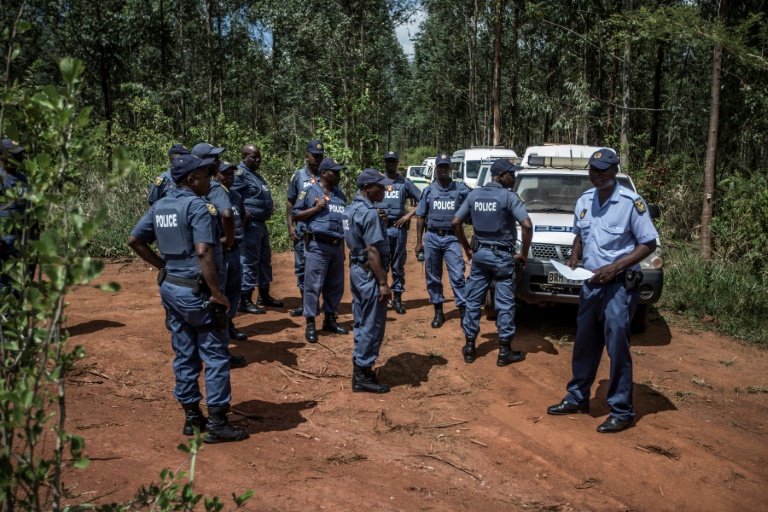 Police respond to an incident in which a farm worker was held at gunpoint and a chainsaw was stolen on November 2, 2017, in Tzaneen, South Africa

Some time later, Oki was found slumped motionless covered in blood after being savagely beaten by the attackers searching for the key to the couple’s safe.

He died in hospital a few hours later.

Dozens of white farmers are murdered in similar circumstances in South Africa every year.

In the absence of detailed statistics, the scope and scale of the crimes has become a battleground.

AfriForum, a pressure group that advocates on behalf of the country’s nine-percent-strong white population, is one of the forces seeking to shape the debate around farm murders.

“Farmers are living in remote areas, they are far from police stations,” said the group’s vice president, Ernst Roets.

“There are political factors that play a role here. We are concerned about hate speech, political leaders who… would say for example ‘the white farmers should be blamed for everything’.”

He is particularly damning of Julius Malema, the firebrand leader of South Africa’s radical left, who has called on his followers to “retake the land” from whites.

Agriculture, like much of South Africa’s economy, remains in the hands of the white descendants of colonial-era settlers.

White farmers control 73 percent of arable land in the country compared with 85 percent when apartheid ended in 1994, according to a recent study.

Calls for “radical economic transformation” to benefit the black majority have gained traction as unemployment has soared.

They are frequently coupled with accusations that the white minority control a disproportionate share of the nation’s wealth.

That narrative has alarmed many white rural communities.

“We’re being hunted,” said Pauli, a 43-year-old farmer who declined to give her surname.

More militant white farmers describe the violence they face as “genocide” and use the casually racist rhetoric of the apartheid era. 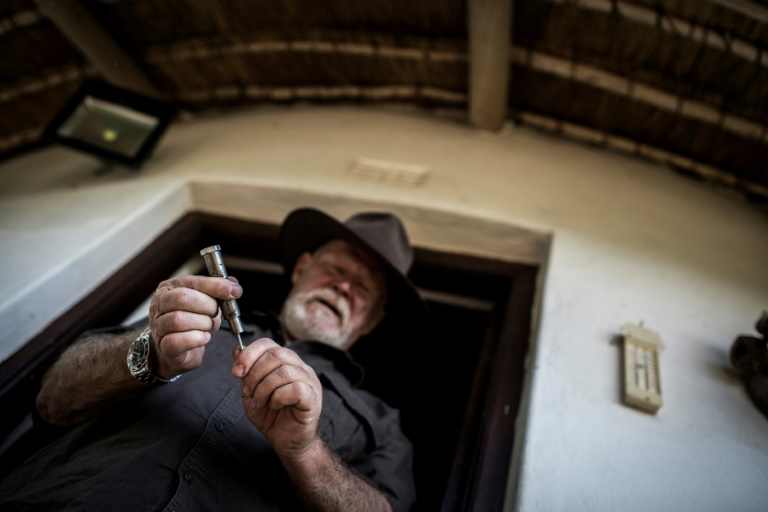 Farmer Hans Bergmann, 65, was attacked on his farm a few months ago in Tzaneen, South Africa

“They (black people) truly think that we have stolen the country from them,” Limpopo-based farmer Gerhardus Harmse told AFP.

“We built this country, show me anything, any place that the blacks built — there isn’t any. They cannot build, they destroy.”

Last month, some supporters flew the flag of the old white-minority government during a protest against farm murders.

The demonstration called on the government to guarantee farmers special protection — something that police minister Fikile Mbalula categorically refused.

“All deaths of all South Africans must be met with disgust,” wrote Mbalula in a Twitter post. “My problem is that farm murders are racialised and politicised.”

While black farmers have so far been largely reluctant to march with their white colleagues, they face many of the same risks.

“We don’t feel protected by the government,” said Vuyo Mahlati, president of the African Farmers Association of South Africa.

“We need to deal with everyone trying to utilise farming as a centre of a right-wing political discourse. That we are not going to allow.”

Feeling abandoned by the government, many white farmers have taken steps to protect themselves.

Some patrol their land under moonlight, pistols tucked into their belts, to deter would-be attackers.

Others undergo commando training in anticipation of the worst. 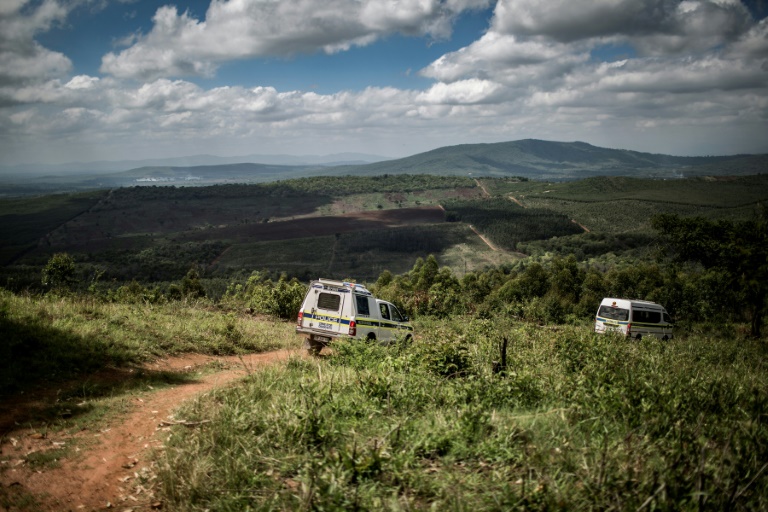 A long campaign of violence against farmers, who are largely white, has inflamed political and racial tensions nearly a quarter-of-a-century after the fall of apartheid in South Africa

Among them is Marli Swanepoel, 37, who owns a farm in Limpopo.

“You have to be prepared. You have to protect yourself,” said the mother-of-three.

Hans Bergmann was recently assaulted on his farm, but takes a different approach.

Some weeks ago, armed men broke in to rob his safe, tied him up and shot him in the foot.

“In South Africa everybody thinks farmers have a lot of money,” he said.

Bergmann, who is in his sixties, declines to carry a gun or abandon his land.

“I just accept it… where do I go from here if I leave the farm?” he said.

Debbie Turner is scathing of the police who have yet to catch her husband’s killers — or even take a statement from her.

“It shows that what happened that night doesn’t mean anything to these people,” she said.

“I’m angry against those people who killed my husband. Sometimes I wish they could hang them.”

But she will not be leaving any time soon, vowing: “One day I will go back to the mountain.”