Critics say that the same corrupt elite from Mugabe's ruling ZANU-PF party will likely still have a grip on power after the vote. 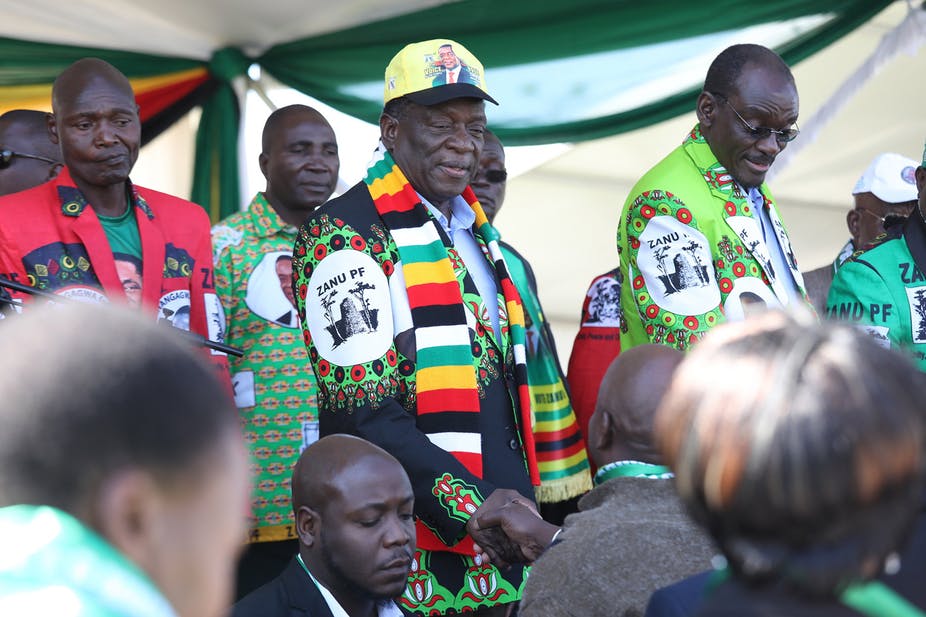 Zimbabwean factory manager Sifelani Jabangwe is a survivor of the Mugabe years, overseeing a company that stayed in business despite hyperinflation, abandonment of the national currency and an exodus of investors.

Now he hopes that next week’s election will mark a turning point if the vote brings in a legitimate government that can relaunch the shattered economy after Robert Mugabe was ousted last year.

It has survived by exporting to neighbouring Mozambique and Malawi as well as Kenya and Rwanda, as its client base in Zimbabwe shrunk in line with the declining economy.

Today it employs 150 people – down from 400 about 15 years ago – on the Southerton industrial area in the capital Harare, where derelict buildings overgrown with grass are more common than open businesses.

“The normalisation of relations with the rest of the world is the key takeaway in these elections so that we are not seen as a pariah state any more,” Jabangwe, who is also president of the Confederation of Zimbabwe Industries, told AFP on a tour of his factory.

“We have lost too much time with the politics. It’s now time to develop the economy.

“When the rest of the economy is functioning and everyone has money to buy what they want, we also benefit.” 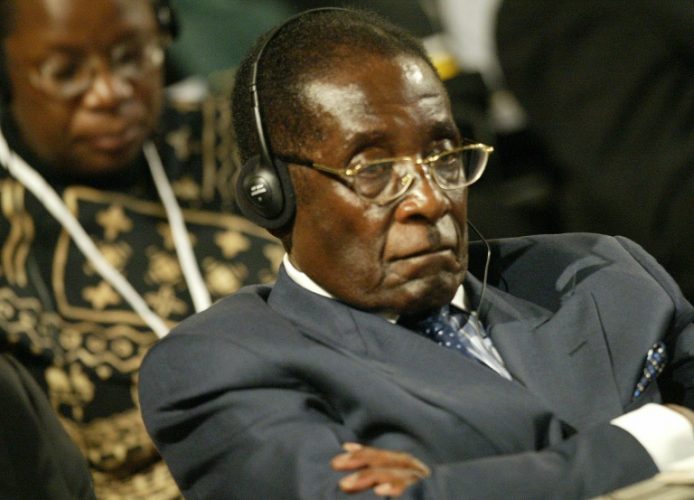 President Emmerson Mnangagwa, who is standing in the election to retain power after succeeding Mugabe last year, has vowed to re-engage with the west after years of isolation.

He has already scrapped much of the unpopular indigenisation laws that forced foreign firms to cede 51 percent stakes to locals, and he has campaigned relentlessly on a promise to revive the economy.

Under Mugabe, the seizure of white-owned farms wrecked the agriculture sector and triggered hyperinflation, with GDP nearly halving between 2000 and 2008 — the sharpest contraction of its kind in a peacetime economy.

Life expectancy has only just recovered to its 1985 level of 61 years.

“We have been reeling under self-inflicted economic pain by and large,” said Shingi Munyeza, a hotel investor who also owns one Mugg and Bean cafe in Harare after a second premises closed.

“These watershed elections pose a great opportunity. We have a serious challenge of getting everybody out of this mess.

“The political establishment was more focussed on retaining power.

“We hope we are crossing from the type of leadership which maintained power at the expense of the economy and the rights of its citizens.

“I am hoping the winner will win with grace and the loser will lose with dignity and that both should embrace one another.” 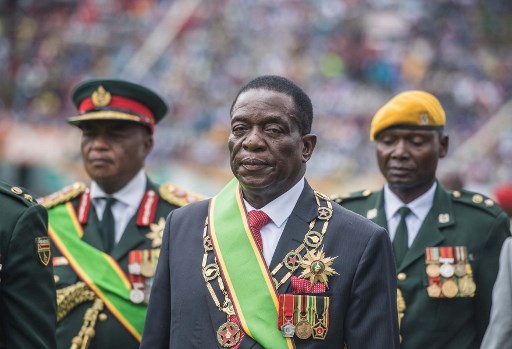 New interim Zimbabwean President Emmerson Mnangagwa looks on after he was officially sworn-in during a ceremony in Harare on November 24, 2017. Picture: AFP Photo / Mujahid Safodien.

Monday’s election comes after Mugabe, now 94, was forced to resign following a brief military takeover in November, ending his 37 years in power.

Mnangagwa, a favourite of the military, has pledged to hold a fair election and boost investor confidence, but critics say that the same corrupt elite from Mugabe’s ruling ZANU-PF party will likely still have a grip on power after the vote.

“The government that comes in has to relax the levels of control. There are too many uncertainties with rules being changed and lots of corruption. Businesses don’t want that,” he told AFP.

“Farmers need their property rights back so that they can use that to borrow money from banks. We did ourselves national damage and we have got to correct that.”

The World Bank describes the country’s fiscal deficit as “unsustainable” after it widened to 11.1 percent last year, and says that huge arrears to international financial institutions remain a hurdle to growth.

For Abel Kapodogo, 35, who is jobless seven years after graduating with a degree in sociology from the University of Zimbabwe, growing up under Mugabe has meant economic destitution.

“This election is a generational opportunity for us who have been failed by the ruling party,” said Kapodogo who sells fruit from a pushcart in Harare, sometimes while wearing his graduation cap and gown to protest at the lack of opportunities.

“I was expecting to have a job. It’s very painful.”