Some Zimbabwean viewers did not get to hear Chamisa vow to prove that he was the true president, because ZBC decided to prioritise cartoons instead. 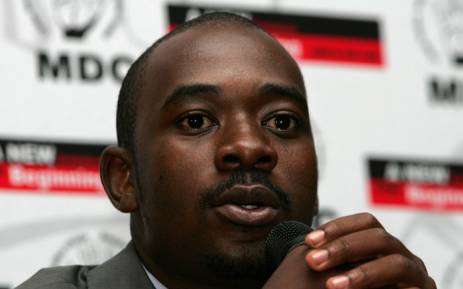 The Zimbabwean state broadcaster found a way to dismiss Nelson Chamisa, the opposition leader, as a mere Mickey Mouse without blurting it out.

Yesterday afternoon, millions of Zimbabweans and many around the world tuned in to watch the press conference delivered by Nelson Chamisa, the opposition leader who lost the election to President Emmerson Mnangagwa.

Some TV viewers in Zimbabwe had to find alternative channels to watch the presser, though, because state broadcaster Zimbabwe Broadcasting Channel (ZBC) snubbed Chamisa to prioritise … cartoons.

BBC senior producer Maria Byrne, who is in Zimbabwe at the moment, yesterday tweeted a photo showing what appears to be a still taken at the same time opposition party MDC-Alliance presidential candidate Chamisa was giving his presser.

Byrne was not the only who noticed the snub.

Fortunately though, there was always eNCA for DStv subscribers in the country to listen to the defeated presidential candidate declare that he would be able to prove that he was meant to be the true president.

He said the election was “fraudulent, illegal, illegitimate and characterised by serious credibility gaps”.

“We won this election, and we are ready to form the next government,” Chamisa said.

The broadcast was not the only way the state tried to sabotage Chamisa’s press conference, as Zimbabwean riot police had earlier entered the Harare hotel where the presser was held on Friday to break it up.

President Emmerson Mnangagwa of the ruling Zanu-PF was declared victor with 50.8% of the vote, while Chamisa secured 44.3% of the vote.