Ghana's decision to lift the lockdown on the two key regions will be watched closely across Africa. 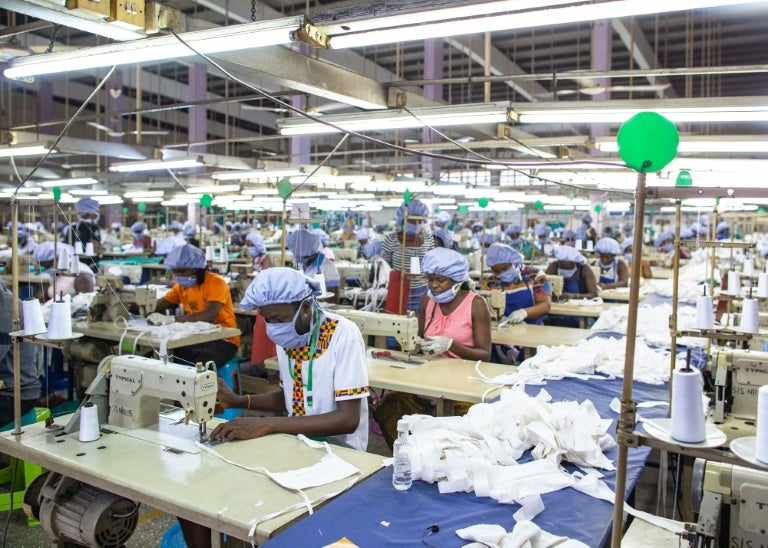 While some Ghanaians were relieved to get back to work Monday, others were left fretting after the country became the first in Africa to lift a coronavirus lockdown.

The streets of Accra buzzed with life following President Nana Akufo-Addo’s announcement of the end to a three-week restriction on movement around the capital and second region Kumasi.

Akufo-Addo told the nation in a televised address that increased testing, aggressive contact tracing and expanded isolation centres allowed him to halt measures that hit the country’s poor hard.

“This decision to restrict movement has occasioned a number of severe difficulties for all of us across the country, especially for the poor and vulnerable,” the president said.

Jemima Adwoa Anim was overjoyed to be back out hawking her wares as pedestrians and cars returned to Accra’s Central Business District.

“It is a huge reprieve. We have a listening government,” she told AFP.

“It was like a war situation; we had no money and at the same time couldn’t step out to work to earn some cash. God bless our president.”

But around the capital there was plenty of criticsm for the decision to ease restrictions after the West African country saw confirmed infections rise to 1,042.

“This is totally ridiculous. How is it possible?” asked 20-year-old student Francis Collison.

“We just recorded over 1,000 positive cases of COVID-19 and suddenly the president decided to lift the partial lockdown.”

Shopkeeper Rita Baido insisted she was not happy with the decision but had “no option” but to open her store and try to make money in the suburb of Mallam.

“It has not been easy indoors, but I think it was the best solution to keep us safe,” she said.

Ghana’s decision to lift the lockdown on the two key regions will be watched closely across Africa.

Authorities on the continent are grappling with a difficult balancing act: how to curb the spread of the virus while allowing millions living in poverty to earn money and feed themselves.

The Ghanaian government insists that a decision to quarantine arrivals from abroad and bolster testing to more than 68,000 samples gives it a strong hand in controlling the pandemic.

But some working in the health sector said Ghana — widely seen as a model of political stability in a volatile region — was risking any progress by lifting the lockdown.

“The president has been on top of issues since coronavirus entered Ghana but last night’s decision to lift the restriction on movement eroded all the gains we’re making,” said nurse Abigail Sosu.

“I’m scared. We don’t have the resources should a second phase of the virus emerge in the country.”

Akufo-Addo insisted in his speech that his decision to end the shutdown was “backed by data and by science”.

He said the authorities had achieved their aim of stopping the importation of the virus, containing its spread, bolstering healthcare, and limiting damage to the economy.

But, despite the president’s claims, there were widespread accusations that the move had far more to do with politics.

The incumbent is facing a tough fight for reelection in December against former leader John Mahama and will not want to lose support from the masses of urban poor.

“The president’s decision is very unfortunate — it may be born out of economic considerations and elections,” neurologist Hadi Abdallah told AFP.

“It has nothing to do with science.”

Up until now, Akufo-Addo’s opponents have largely swung behind him to support his strategy for tackling the pandemic.

But that spirit has now evaporated and his call to end the lockdown has been thrust squarely to the centre of the tug-of-war for votes.

“President Akufo-Addo’s decision to lift the lockdown at this crucial time is a reckless political gamble that portends great danger for this nation,” Mahama’s National Democratic Congress said in a statement.

“Ghanaians must never forgive him if this unimaginable decision exacerbates our COVID-19 situation.”