Five things to know about Uganda

Nestled in one of Africa's most volatile regions, Uganda has been involved in numerous armed and bloody conflicts at home and abroad since achieving independence from Britain in 1962. 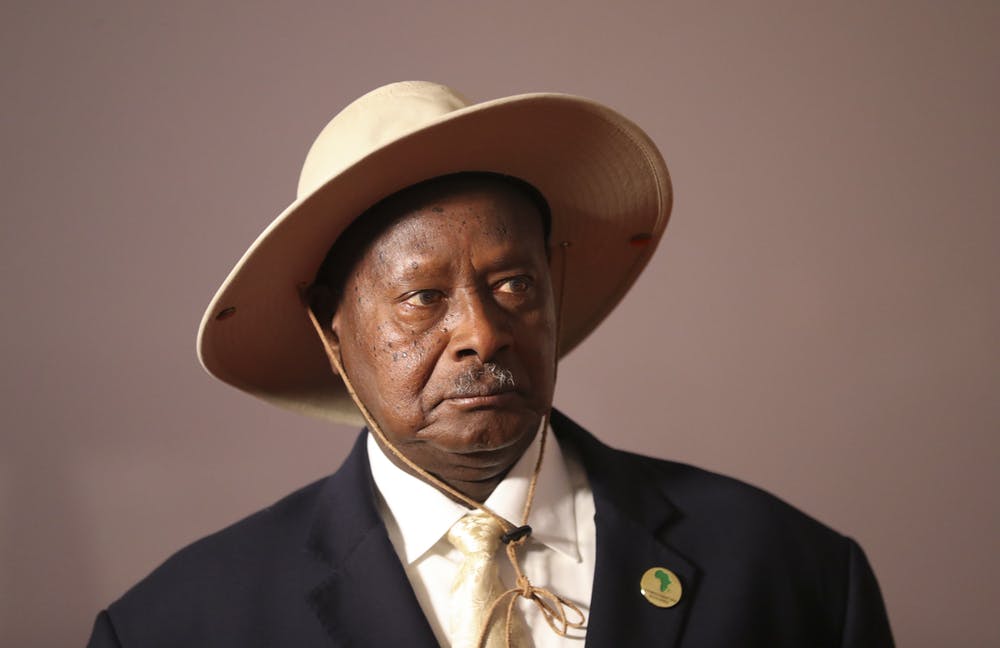 Ugandans go to the polls Thursday to choose a president and lawmakers in the country’s general elections. Here are five things to know about the East African nation:

Uganda is landlocked, straddling the equator roughly 800 kilometres (500 miles) inland from the Indian Ocean and borders five nations — South Sudan to the north, Rwanda and Tanzania to the south, Kenya to the east, and the Democratic Republic of Congo (DRC) to the west.

Though it has no access to the sea, Uganda is in the middle of Africa’s Great Lakes region and is nearly one-fifth water. It boasts a long shoreline on Lake Victoria, is criss-crossed by a major tributary of the Nile, and sources most of its electricity from hydropower.

It is roughly the same size as the United Kingdom, encompassing some 241,000 square kilometres (93,000 square miles) of misty rainforests, great lakes and swamps, plateaus and snow-capped mountains — a natural diversity that earned Uganda the colonial-era moniker the “Pearl of Africa”.

Bwindi Impenetrable National Park, a tranche of ancient forest in the country’s southwest, is home to half the world’s mountain gorillas while Mount Stanley, on the border with DRC, is Africa’s third-highest peak at 5,109 metres (16,762 feet).

Britain’s protectorate in Uganda was forged in 1894 from a group of neighbouring and sometimes rival kingdoms, including the dominant Buganda kingdom in the south and Bunyoro in the northwest.

Christian missionaries had arrived not long before, as did the first British explorers seeking the source of the Nile. Today, three-quarters of Uganda follows Christianity, and English and Swahili are the official languages though the country is multilingual.

Uganda is one of the youngest countries in the world, with a median age of 15.9 years. Nearly half its 45 million people are 14 or under, while just two percent are aged over 65.

It is also growing quickly. The population has nearly doubled since the turn of the century and the fertility rate remains among the world’s highest, with about five children born to every woman, according to the UN Population Fund.

The World Bank says this disparity, if left unaddressed, will keep most young Ugandans locked in poor quality jobs or unpaid work on the family farm, while dragging on growth and efforts to diversify the economy.

Uganda is blessed with fertile soils and most of the country is engaged in agriculture, with coffee, vegetables, tea and fish among the top exports.

But the discovery of an estimated 1.7 billion barrels of oil in the northwest Lake Albert region has buoyed hopes of boosting economic growth and stemming reliance on foreign aid, though environmental and social concerns have been raised.

Nestled in one of Africa’s most volatile regions, Uganda has been involved in numerous armed and bloody conflicts at home and abroad since achieving independence from Britain in 1962.

Ugandan troops have fought two wars in DRC, clashed with Rwandan forces, backed government soldiers in South Sudan, and hunted rebel movements both inside their borders and beyond in places like Central African Republic and eastern Congo.

President Yoweri Museveni, who took power at the head of a rebel army in 1986, has tried to position himself as something of a regional statesman and peace broker, but has faced allegations of meddling and UN accusations that his forces committed war crimes in DRC.

An ally of the United States in its global “war on terror”, Ugandan soldiers have served as guards under US command in Iraq, and since 2007 have been the largest contingent of African soldiers in Somalia fighting the Islamist militants Al-Shabaab.

Uganda has a long history of accepting refugees from over its borders, and hosts more civilians fleeing persecution than anywhere else in Africa.

Uganda’s refugee population has tripled since mid-2016 and is now approximately 1.4 million — one for roughly every 30 of its citizens — mostly from South Sudan and DRC.

Bidibidi, a sprawling refugee settlement in the country’s north, houses 250,000 people, rivalling most Ugandan cities in population. Uganda’s refugee policy is relatively progressive, allowing the displaced to move freely and access jobs and land, but aid groups say they struggle to assist the ever-expanding population.