Machine-gun wielding fighters from Islamic State West Africa Province (ISWAP) attacked the base in the town of Marte in the Lake Chad area overnight Friday into Saturday, two sources said. 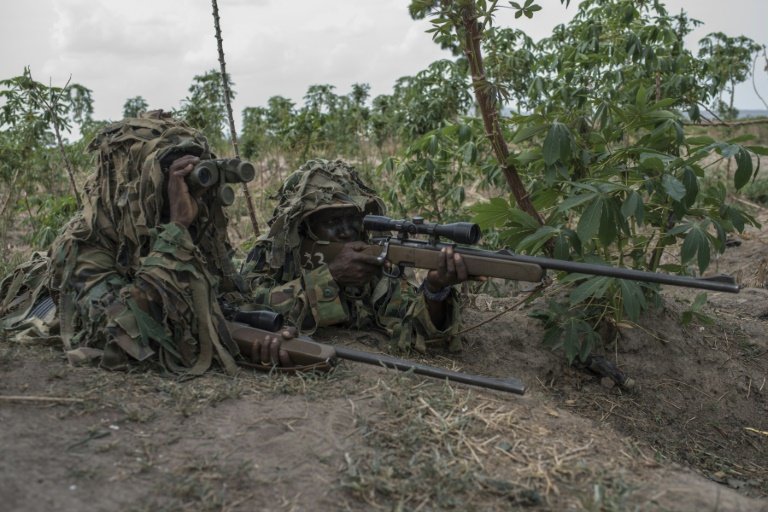 File picture. Nigeria troops, like those seen here in exercises, fought to keep Boko Haram jihadists from overrunning their base in the northeast. AFP/STEFAN HEUNIS

Jihadists aligned with the Islamic State militant group have captured a military base in northeast Nigeria’s Borno state after overnight clashes with troops, sources told AFP on Saturday.

Machine-gun wielding fighters from Islamic State West Africa Province (ISWAP) attacked the base in the town of Marte in the Lake Chad area overnight Friday into Saturday, two sources said.

“The priority now is to reclaim the base from the terrorists and an operation is under way,” one of the sources said.

“We took a hit from ISWAP terrorists. They raided the base in Marte after a fierce battle.”

The second source said the army “incurred losses” but it was not yet clear how many people had died or the level of destruction inflicted by the insurgents.

ISWAP, which split from Boko Haram in 2016, maintains camps on islands in Lake Chad — where Nigeria, Niger, Cameroon and Chad meet — and the area is known to be the group’s bastion.

Last week, the jihadists attacked the Marte base but were repelled, prompting them to mobilise more fighters for the overnight raid, said the sources.

The raid was seen as a “fightback” after recent losses — troops recently overran ISWAP’s second largest camp in Talala village, said the sources.

In November last year, officials began the phased return of residents to Marte six years after they were pushed out by the jihadists.

The town, 130 kilometres (80 miles) from the regional capital Maiduguri, was once considered the breadbasket of the Lake Chad region.

At least 36,000 people have been killed in the jihadist conflict since 2009 and violence has spread into neighbouring Niger, Chad and Cameroon, prompting a regional military coalition.