The eSwatini government reportedly cut off residents’ internet access, and imposed a 6pm to 5am curfew. Petrol is also in short supply. 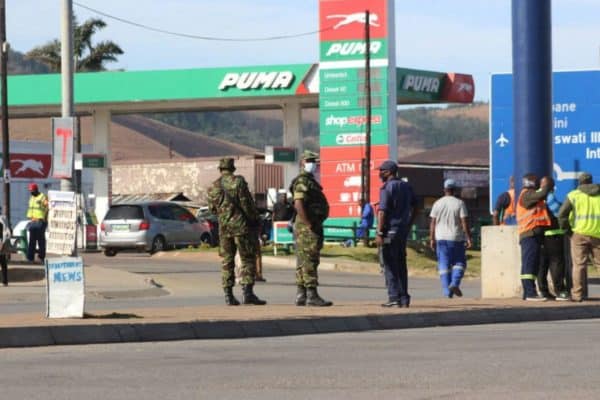 Eswatini soldiers and police officers on the streets near the Oshoek Border Post between Eswatini and South Africa on 1 July 2021. Photo: AFP

Pro-democracy protests that have swept across the tiny kingdom of eSwatini for the past month are proving to be increasingly deadly and dangerous.

According to human rights organisation Amnesty International, at least 20 protesters have been killed, with six others not yet accounted for, they said in a statement on Friday.

Some of the dead have not yet been identified. 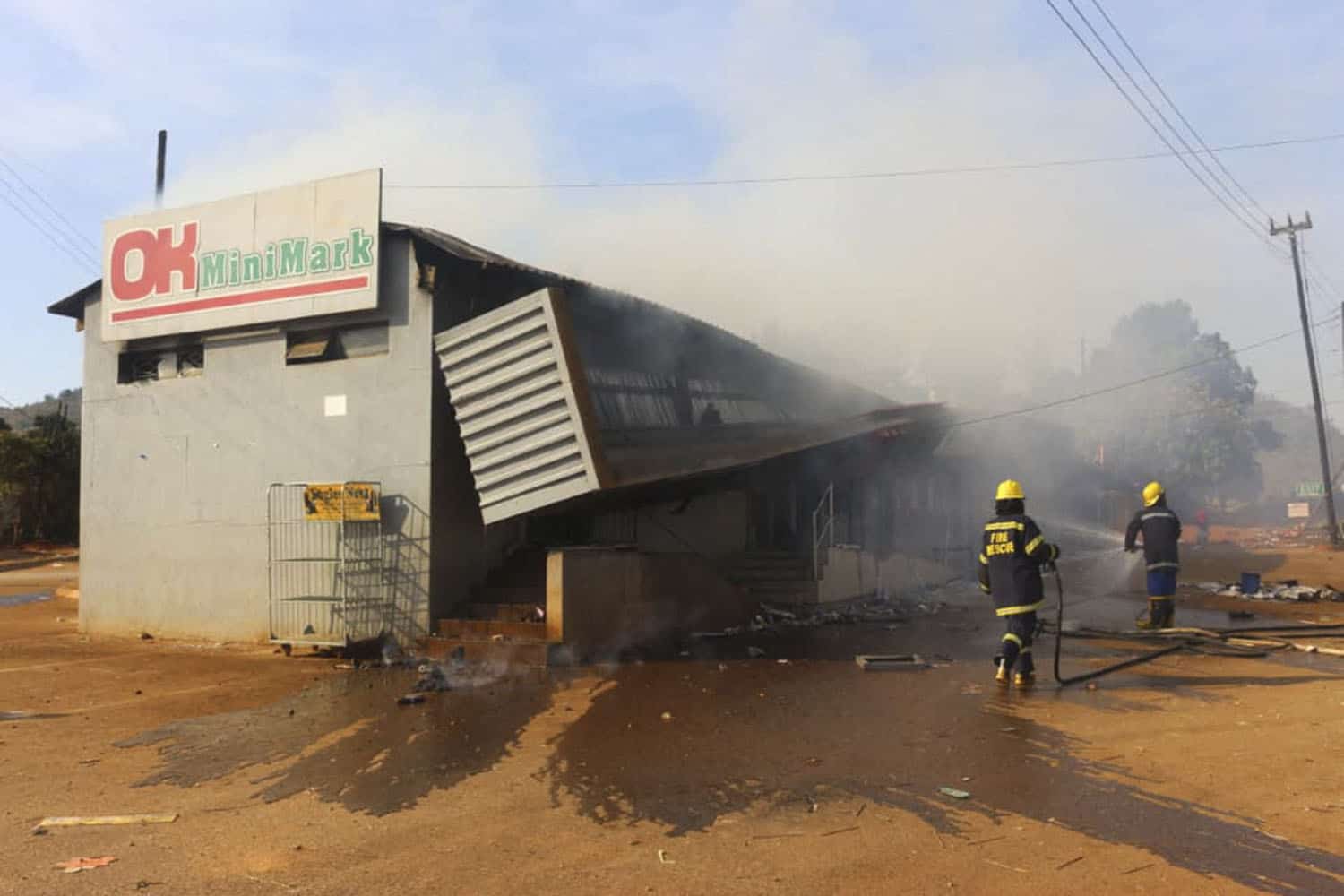 Firefighters extinguish a fire at a supermarket in Manzini, Eswatini, on June 30, 2021. – Demonstrations escalated radically in Eswatini this week as protesters took to the streets demanding immediate political reforms. (Photo by – / AFP)

Secretary general of the People’s United Democratic Movement, Wandile Dludlu, said on Friday that 29 deaths had been confirmed, but that over 60 unarmed residents and protesters had been killed, and more than 200 wounded, according to AFP.

His late father, King Sobhuza II, banned political parties in 1973, a law that has not yet been lifted.

With a growing movement of African countries being increasingly less tolerant of autocratic rule, eSwatini protesters, many of them young people and university students, decided to take on the king and his absolute rule.

The pro-democracy protesters are demanding a multiparty democracy and an elected prime minister.

In response, the government of eSwatini retaliated with force, a move branded by Amnesty International director for east and southern Africa Deprose Muchena as a “full-frontal assault on human rights.” 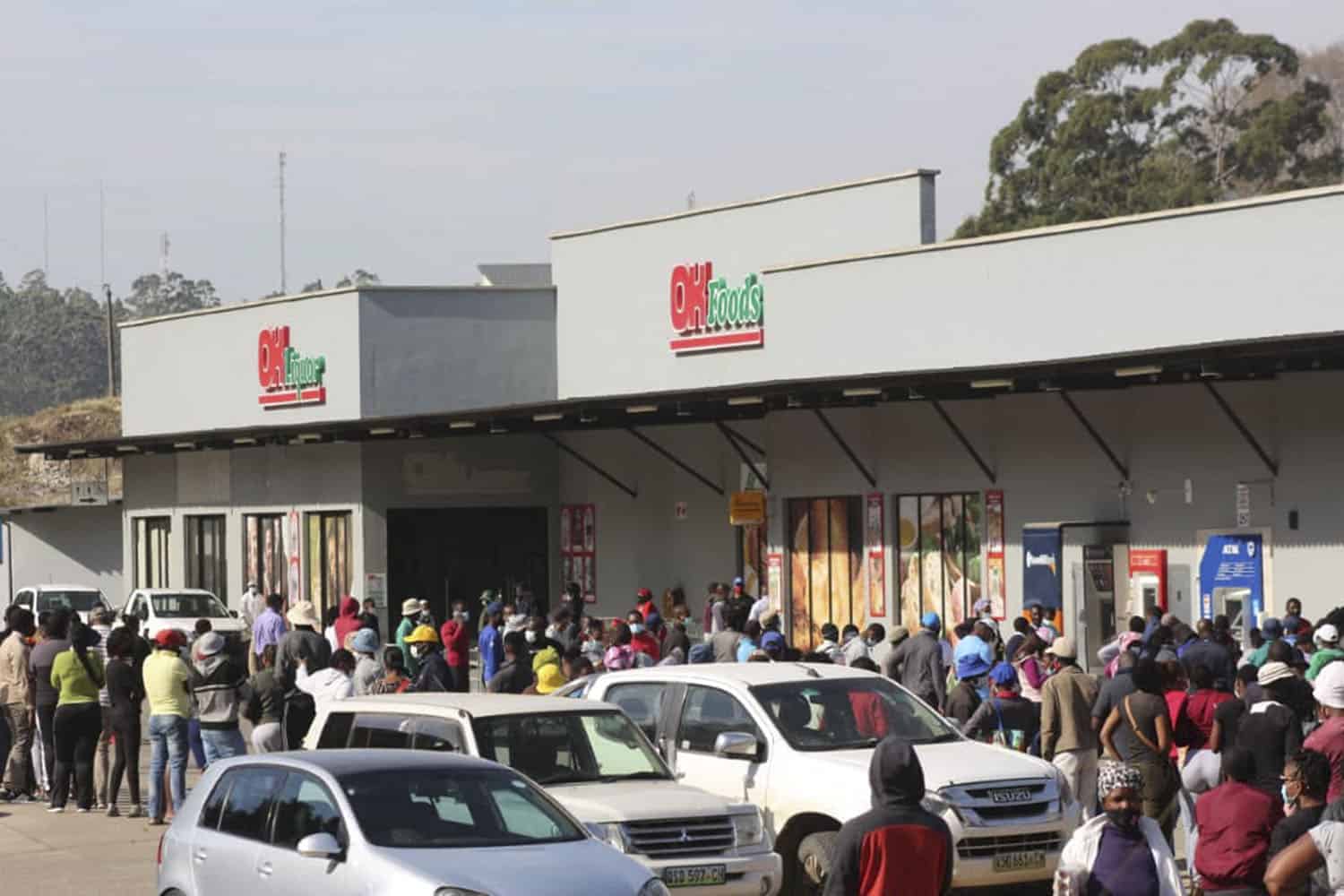 People queue to buy food at a supermarket in Mbabane, Eswatini, on July 1, 2021. – Demonstrations escalated radically in Eswatini this week as protesters took to the streets demanding immediate political reforms. (Photo by – / AFP)

“Dozens of people have been killed for daring to demand that their government respects human rights.”

People have not only lost their lives. The eSwatini government also reportedly cut off residents’ internet access, and imposed a 6pm to 5am curfew.

Shops have since been ransacked and torched, an HB motor dealership in Manzini was burnt to the ground, and Swaziland Breweries was destroyed. The HB Motor dealership in Manzini, eSwatini, where cars were reportedly torched amid protest action in the embattled country on Tuesday, 29 June 2021. Picture: Twitter/@MkhoDlamini

AFP reported that a local parliamentary constituency office was burnt in the village of Mayiwane, around 100 kilometres northeast of the capital, according to witnesses.

Muchena and the organisation urged authorities in eSwatini to “end this escalating crackdown, and ensure that people can peacefully exercise their human rights including by allowing them to freely express their opinions without fear of violent retaliation.”

The organisation also called on authorities to carry out an investigation into reports of police using excessive force, and to bring justice to anyone suspected to be responsible “in fair trials”. 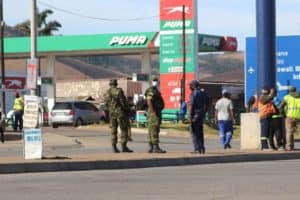 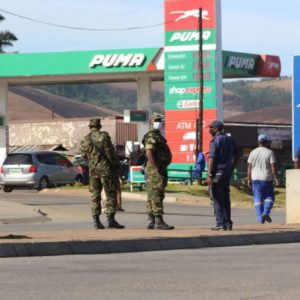