Men, women and children wearing simple plastic flip-flops collect small lava aggregate to sell as building material, an activity that has become a source of income for the volcano's victims. (FILES) In this file photo taken on May 23, 2021 lava from the Mount Nyiragongo surrounds a house in Goma, in Democratic Republic of Congo. - They will rebuild, in the same place. Despite the ever-present threat of another eruption in this region of eastern DRC, residents of Goma who lost their homes on May 22 do not blame their impetuous neighbor, Nyiragongo, but hope that next time scientists will be able to predict its wrath. (Photo by Moses Sawasawa / AFP)

Residents are trying to rebuild their homes and communities five months after the deadly volcanic eruption in eastern DR Congo, and despite the ever-present threat of a repeat performance by Mount Nyiragongo.

sixty-year-old Edmond’s family plot in Buhene, a working-class village to the north of the city of Goma, once included two houses.

When the family returned to the area two weeks after the disaster they found one of the wooden homes completely looted but intact.

The other dwelling had disappeared, like so many others, under a huge blanket of lava.

Nyiragongo’s eruption on May 22-23 spewed out lava that buried homes in its wake, stopping just short of the north of Goma, the capital of North Kivu province in eastern Democratic Republic of Congo.

An estimated 400,000 of the 600,000 residents of Goma left the city after the eruption of Nyiragongo, a strato-volcano nearly 3,500 metres (11,500 feet) tall that straddles the East African Rift tectonic divide.

Over 30 people died from lava burns or asphyxiation, and in accidents during the panicked exodus from the area as the eruption destroyed hundreds of homes.

Most of those who evacuated have returned to their homes and been able to resume their former lives, although others have not.

But he, like many others, is upset that the population did not receive sufficient warning which could have prevented deaths and allowed residents to save some belongings.

From his window, the majestic cone of Nyiragongo is visible 15 kilometres away as the crow flies, as is Nyamuragira, another volcano whose activity is monitored by the OVG.

However Muhindo denies that the equipment used to measure tectonic movement was faulty.

“To say that we didn’t have any equipment is false,” he insisted, rejecting claims that the volcano hadn’t been monitored for months before the eruption due to a lack of resources.

In another OVG building, Honore Ciraba, head of the geodesy (Earth measurement) department, shows off the panoply of measuring and monitoring equipment available to the observatory, including inclinometers, satellite data, and laser beams.

One problem for those monitoring Nyiragongo was that, unlike eruptions there in 1977 and 2002, the 2021 eruption was not preceded by any earthquakes. This time they came afterwards.

According to Muhindo, the data collected before the disaster in May did not point to an imminent risk of eruption.

Some OVG scientists note that an internet blackout from October 2020 to April 2021, due to the end of World Bank funding, prevented real-time collection of data from sensors on the volcano during that period,

Since the events of May monitoring has been stepped up, with additional equipment sent to the observatory.

“A modern laboratory is going to be built” said Muhindo, who plans to host an international conference of volcanologists next month.

“The aim is for our observatory to work to international standards,” he says. “To monitor, warn the population, but also to advise the authorities on land use,”  on where and how to build structures.

But “there is no such thing as zero risk in Goma,” he warns. “says. No part of the city “is 100 percent certain to escape a future eruption”.

In Buhene, five months after the eruption, the lava layer is still hot in places.

Men, women and children wearing simple plastic flip-flops collect small lava aggregate to sell as building material, an activity that has become a source of income for the volcano’s victims.

Building on the lava field is officially prohibited. But low walls are already going up, as residents wait for the authorities to give the green light for full construction.

Like the house that Edmond and his family plan to build, on the exact site where the old one was swept away. 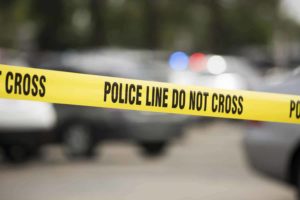 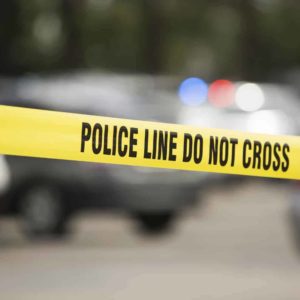 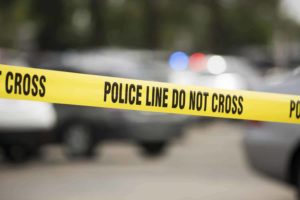 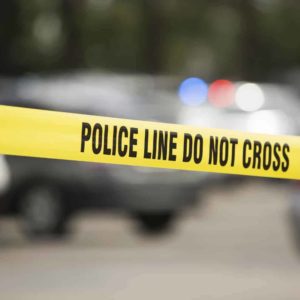 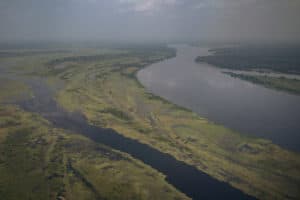 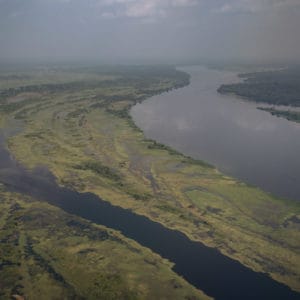