The vote never took place due to the presence of contentious candidates and deep disagreements. 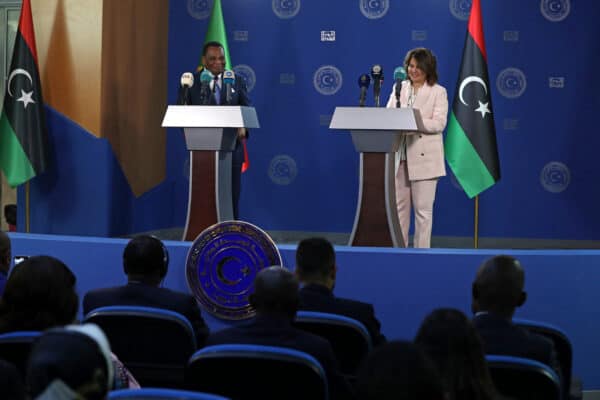 Rival sides in Libya’s long-running conflict concluded their latest round of United Nations-led talks on Monday without reaching a deal on rules for long-delayed elections, the UN said.

The presidential and parliamentary elections, originally set for December 2021, were meant to cap a UN-led peace process following the end of the last serious round of violence in the country from 2019-2020.

But the vote never took place due to the presence of contentious candidates and deep disagreements over the polls’ legal basis between rival power centres in the east and west of the country.

Representatives of the Tripoli-based High Council of State and of the parliament, based in eastern Libya, began meetings in Cairo more than a week ago, but without success.

“The third and final round of negotiations between the Joint House of Representatives and High Council of State Committee on the Libyan Constitutional Track drew to a close in the early morning of 20 June,” said Stephanie Williams, the UN’s top official on Libya.

“Differences persist on the measures governing the transitional period leading to elections,” she said in a statement.

She insisted that the sides had “achieved a great deal of consensus on the contentious articles in the Libyan Draft Constitution” and thanked them for their “efforts to resolve their differences on a number of complex issues”.

She urged the two sides to meet again within 10 days “to bridge outstanding issues”.

Williams noted that some 2.8 million of Libya’s nearly 7 million people had registered to vote amid a rare period of optimism following a landmark October 2020 ceasefire.

The political standoff has deepened since March, when parliament appointed a new administration to replace that of interim leader Abdulhamid Dbeibah, arguing that his mandate has expired.

But Dbeibah has refused to hand over power to anything other than an elected government.

After failing to enter Tripoli in an armed standoff in May, the rival administration has taken up office further east in Sirte – hometown of dictator Muammar Gaddafi, whose fall in a 2011 NATO-backed revolt plunged the country into years of often violent chaos.