Is a third term for Zuma the ANCYL’s ‘shockwave’?

The president's number one fan appears ready to spring a 'shocking' surprise on SA. 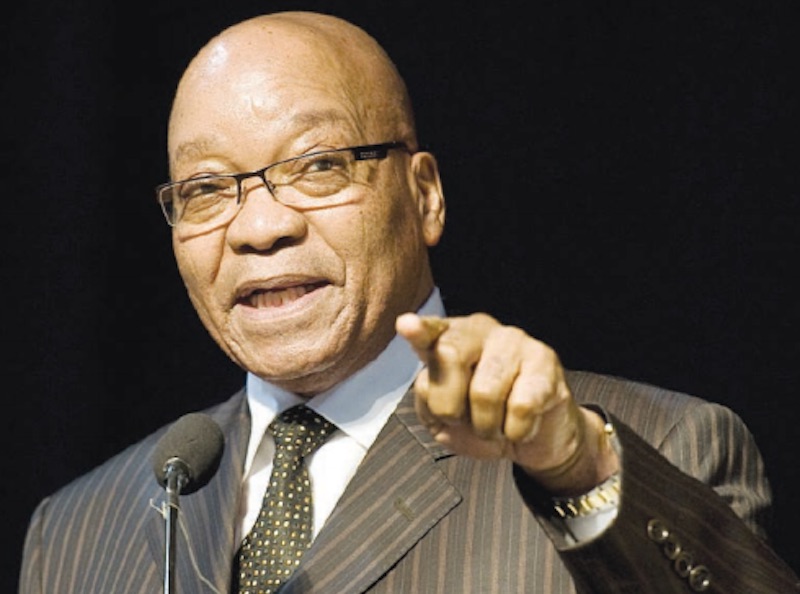 First and foremost, one needs to be clear that Nkosazana Dlamini-Zuma is not only in the running for ANC president simply because she’s President Jacob Zuma’s ex-wife. She’s an achiever in her own right. Indirectly refusing to note her achievements [without Zuma’s help], be it in academia and politics, is not only an act of patriarchy, but proof that our society still sees women, regardless of their achievements, as objects who can’t achieve more than just being in marriage.

That said, the fact that she’s Zuma’s ex-wife will also always be relevant.

Now that that’s out of the way, one can only speculate about why the ANC Youth League dropped a bit of a bombshell on Wednesday by implying it would not support either Dlamini-Zuma (the candidate most of us assumed the league would be backing) or Deputy President Cyril Ramaphosa.

The women’s league has been unequivocal in their support for Dlamini-Zuma. They argued that it’s high time the 105-year old party be led by a woman. During the party’s 105th birthday celebrations over the weekend, the league also announced it would lobby for a 50-50 gender representation policy to be applied to the party’s top structure.

On the other hand, the Congress of SA Trade Unions (Cosatu), although not a voting structure of the ANC, has thrown its support behind Ramaphosa. The union believes the deputy president, a former unionist, will be committed to the tripartite alliance. They also believe Ramaphosa will be committed to the movement’s National Democratic Revolution, a programme adopted during the ANC’s 53rd national conference held in Mangaung, Free State, in 2012, where Ramaphosa was elected into the top six.

However, the youth league has chosen to not only keep us in suspense, but guessing furiously. It seems fair to assume they won’t be backing Dlamini-Zuma because support for her wouldn’t even be a surprise, never mind a shock. But league president Collen Maine said the candidate they would back as ANC leader in December would send “shockwaves” through the party.

“These candidates who have been mentioned are part of the system. They have been part of the system we want to change,” Maine told Reuters in an interview, adding that “we need bold leadership. We need a second revolution that will cause ruptures in the economy.”

Maine, a well-known Zuma supporter, may be considered a weak link by some of his detractors, but he leads a league that claims to have hundreds of thousands of members and is a significant voting bloc at any party conference. We cannot ignore his influence.

Many commentators have pointed out that, as far as Jacob Zuma is concerned, the next big thing for him as ANC president – if he can’t continue himself – is to ensure Dlamini-Zuma becomes president, if only because the mother of some of his children is unlikely to send him to jail.

And that is the point. Presumably, the “Zuma faction” will only back her if Zuma can’t continue himself. But he can. Secretary-general Gwede Mantashe ruled out the possibility of a third term over the weekend, but it wouldn’t be the first time Zuma and the entire ANC have ignored their secretary-general. The NEC is packed full of Zuma supporters who owe their entire political existence solely to Number 1.

So the rumours that Zuma might be elected to lead the party for the third term persist.

The leader of the EFF, Julius Malema, caused a stir on social media when he tweeted last week: “#3rdTermLoading mmmmm my lips are sealed but don’t say I didn’t warn you South Africa…”.

Although he did not mention Zuma by name, his tweet certainly sent a “shockwave” to those who hoped Zuma would be voted out during the December conference. Former Cosatu general secretary Zwelinzima Vavi responded to Malema’s tweet, saying: “Not impossible – they don’t trust Nkosazana on whether she can stop inevitable jailing of JZ and Baleka is a No No!”

So was Maine referring to Zuma when he said “we need bold leadership”?

For now, we can only speculate, but if the past decade of politics in South Africa have taught us anything at all, it’s that one writes off Jacob Zuma at your peril.