In talking of the succession battle, let us not rule out wild cards such as Dr Zweli Mkhize and Jeff Radebe as contenders. 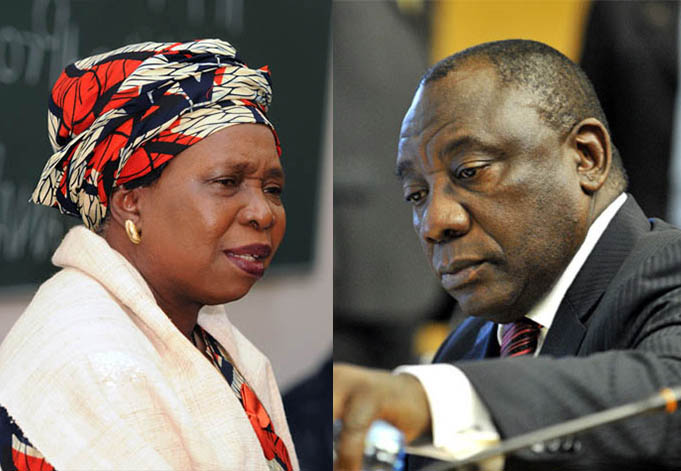 The succession battle has begun. Make no mistake: ethnicity and gender will be key factors in deciding whom the ANC eventually chooses.

Let’s deal with ethnicity first. When I discussed some scenarios with senior students stating that Dr Zweli Mkhize would be a contender for the presidency, given his track record as a struggle hero, a life in exile, a practising doctor, a premier (although short-lived), and now treasurer-general of the ANC, they seemed rather interested.

Originally from Nkandla, he has always been close to President Jacob Zuma and apparently played some role in averting an economic crisis with the firing of Finance Minister Nhlanhla Nene, the impulsive appointment of the anonymous David van Rooyen as his replacement, and then the hiring of Minister Pravin Gordhan. But Mkhize is not scandal-free.

Allegations of his involvement in the Intaka scandal of tenders and kickbacks involving an Uruguayan businessperson, Gaston Savoi, tarnished his “clean doctor” reputation. Allegations of corruption will no doubt be a secret weapon to derail him in the succession battle.

But then who in the ANC is not corrupt? Unknown to many students, Mkhize’s ethnicity became a factor when I told my students he is Zulu. Without batting an eyelid, they responded: “But we can’t have another Zulu.”

READ MORE: Is a third term for Zuma the ANCYL’s ‘shockwave’?

Speaking of Zulu, Dr Nkosazana Dlamini-Zuma fits the ethnic bill. Add to the mix, her gender and her support by the ANC Women’s and Youth Leagues, and her victory to the presidency is sealed. Her age and the support of her ex-husband may count against her.

While some herald her as relatively “clean” politically, in the ANC where ethical leadership is a scarce commodity that can mean anything.

As minister of health under the Nelson Mandela presidency, she was responsible for the Sarafina scandal: R14 million of taxpayers’ money for a musical, designed to be part of the HIV prevention campaign, was paid to a friend, Mbongeni Ngema, without following due processes.

An ardent supporter of president Thabo Mbeki, she supported him on his provocative stance on HIV/Aids and Zimbabwe, and as head of the African Union mollycoddled African dictators, not least the president of Sudan, Omar al-Bashir, charged with war crimes by the International Criminal Court.

Whereas the Women’s and Youth League were kingmakers in ANC politics in the past, their role in deciding the winner is no longer seminal, as one would be hard-pressed to list their achievements.

Poor rich Cyril Ramaphosa. He is a Venda and the likelihood of him succeeding JZ seemed slim after Marikana. As deputy president the tycoon has more consciously taken on a leadership role. He has done much to stand in for Zuma and step in when things became embarrassing.

His intervention in the Pravin Gordhan saga was pivotal and that he sided openly with the anti-Zuma faction during the recent NEC gathering. Emboldened by Cosatu’s support, Ramaphosa clearly wants the job.

But let us not rule out the wild cards. Jeff Radebe who has long had ambitions to the throne will throw a spanner in the works. Rivalries among the incestuous black super rich are waiting to be ignited. Watch this space.

Rural versus metro support: Why SA political parties must find a balance
4 hours ago
4 hours ago

Rural versus metro support: Why SA political parties must find a balance
4 hours ago
4 hours ago