Racism, and racism alone, landed that woman in a cage on a bakkie

The fact that she got into the cage because she 'chose to' actually points to just how deeply the racism runs. The picture that went viral.

A woman on the back of the bakkie in a sheep cage was probably the last thing I was expecting to see this morning as I stepped into the office.

And yet, there she was, in a cage, on the back of a farmer’s bakkie.

My immediate reaction was probably much the same as most other people’s: that she was perhaps being transported by someone who had perhaps forced her into this cage and was taking her to the police or perhaps somewhere far more sinister.

But then I noticed that the bars on the top of the cage looked like they had really big spaces anyone would easily be able to climb out of. And if the woman didn’t want to be in the cage, she would probably have been asking people in passing cars for help – unless she’d been drugged, which was another unsavoury possibility.

Except she just seemed to be sitting there quietly, looking kind of bored at a section of road that seemed to be undergoing roadworks.

Whatever the story was, though, it didn’t look good.

And that’s South Africa in a nutshell. When it comes to racism, we are obsessed with how we perceive things, because ultimately what racism is or isn’t will always be a subjective judgment … and one woman’s racism is another woman’s free lift into town.

By now we’ve probably all heard the backstory of how that photo came to be a viral sensation. A Cradock farmer, Johan Erasmus, offered the woman in question, Linda, a ride into town. She has said in a video interview he offered that she could sit in the front with him because the seat was empty.

She then apparently chose, of her own free will, to rather insert herself into the sheep cage on the back of the bakkie – and off they went.

A passer-by photographed the scene, and the rest is social media history.

Eblockwatch went so far as to helpfully track the woman down and help us all to understand how we were clearly “overreacting” about all of this. The woman in the video, speaking Afrikaans, extracted the supposedly full story from Linda, which was that the farmer had merely been doing a favour for her.

Then Linda said something rather revealing: she had elected to take the trip in the cage because “we are used to sitting at the back”. In Afrikaans, her exact words were “ons is gewoond om agter te sit”.

The video is deeply uncomfortable to watch, perhaps even more than the cage photograph itself. The Afrikaans woman, who is bigger than the diminutive Linda, keeps a firm hand on the coloured woman’s shoulder throughout the interview, almost as if to “keep her in her place” – and as if to carefully stage-manage Linda’s responses. The intention is for the white farmer to not only be exonerated but to also be cast as the victim of a reactionary society that is making good citizens such as Johan Erasmus think twice about doing a “good deed”, such as offering someone a lift into town ever again.

Sure, I don’t think Johan Erasmus is a “bad guy”. He’s probably just another everyday farmer worried about how to feed his sheep, pay his staff and keep food in his children’s bellies.

But I do think that he exists in a rural society that hasn’t changed much in its thinking and its ways since the height of apartheid. The social system in these places is still so deeply racist and untransformed that obviously racist things can happen right in front of them, and neither the white people nor the black people even see it. If someone living in this environment simply goes along with the status quo, they can easily find themselves participating in racism without even realising it.

The only way to not become part of such small, everyday acts of racism is to actively oppose them, and that’s hard. That’s complicated. It’s even exhausting.

Of course I do believe Linda that she got into the cage of her own free will. I could also see that there was pain etched on her face and that she is a human being in deep conflict with a life that has no doubt suppressed and oppressed her from the moment of her birth.

She got onto the back of that bakkie because she was made to accept years ago already that there is a slave-master relationship on the platteland.

“We are used to sitting at the back.”

Of course. That’s how it’s always been, and we’ve all seen those photographs of the black man on the back of the bakkie while the farmer’s dog gets the front passenger seat. That still happens. I saw it myself two years ago in Vredendal in the Western Cape.

It’s just how it’s always been, and so what, right?

But would Johan Erasmus have been equally comfortable with his mother, his sister or his aunt getting into that cage for a trip into town?

Even if his mother had said that she really wanted to get into the cage, would Johan have said: “Okay then, Mama. Go ahead. Enjoy your time in the sheep cage.”

No, he’d probably have thought: but what if people see me driving with my mother in a cage on the back of my bakkie? What will they think of me?

But when Linda told him that she wanted to be on the back, he thought nothing of it and off they went.

The saddest thing about all this is that we’ll no doubt now be hearing white people and farmers saying that the biggest lesson they learnt from this whole debacle is that they should stop offering lifts to the poor in their areas because they may be taken to the gallows if any black people are spotted on the backs of their bakkies.

How spiteful that would be. And how utterly missing the point. 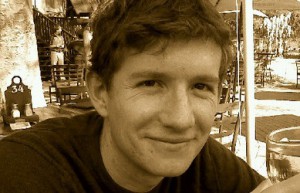