Why the upcoming Sona should matter to business builders

The Sona traditionally outlines the grand vision for South African policy for the year. 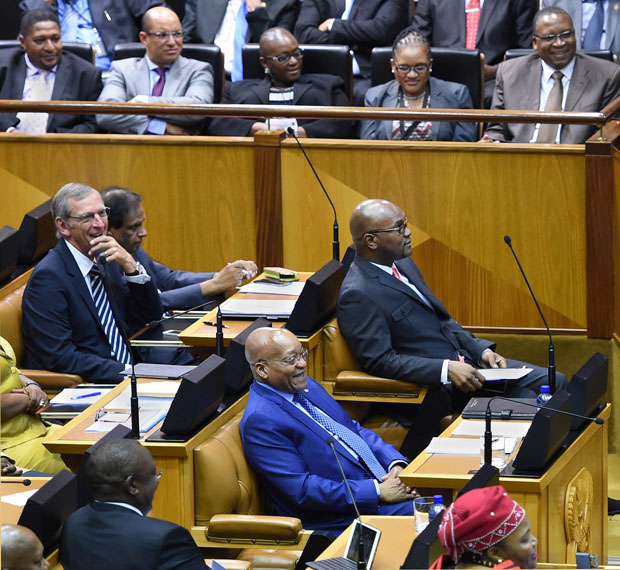 President Jacob Zuma will set the political and economic pace for 2017 when presenting his annual state of the nation address (Sona) on Thursday. He and his Cabinet have their work cut out for them this year, as they focus on reigniting the growth agenda and on socioeconomic transformation.

Sona traditionally outlines the grand vision for South African policy for the year, with the finance minister’s budget speech later in the month filling in the details about funding and implementation.

Below are a few areas that might interest business builders:

We have a diverse community of 2.8 million small and medium enterprises (SMEs). According to estimates from the ministry of trade and industry, they account for a contribution to GDP from 52%-to-57% and 60% of employment. As such, they should be in the centre of any government strategy to catalyse growth and address unemployment.

With Small Business Development Minister Lindiwe Zulu seeking a raise (from R1.4 billion to R5 billion) in her annual budget from Treasury, Zuma might talk about new initiatives to boost small, and particularly black-owned, businesses.

Zuma could allude to the National Development Plan (NDP), envisaging a role for small business in job creation and economic growth. Big business and government have worked together in recent months, but small business should also have a seat at the policymaking table.

The NDP envisages 90% of new employment by 2030 will be generated by SMEs, critical in a country where more than 50% of the youth are unemployed.

Implementation of a minimum wage

Based on last year’s Sona, a commission was appointed to investigate the subject of the national minimum wage. It recommended R3 500 per month and R20 an hour.

We might get hints about how this will be phased in, and special arrangements for vulnerable industries in which jobs are being shed.

Government is piloting a National Health Insurance scheme. But this year, we might get information about how a wider roll-out will be funded and implemented.

The cost of implementation is projected at R225 billion by 2025. The impact on small businesses could be significant – they might need to administer a payroll levy. Alternatively, government may choose to lift VAT or income tax, hurting consumers’ pockets, in the process.

A well-managed and sustainable infrastructure investment programme could boost our competitiveness as a country – businesses will benefit from better broadband connections, a more reliable power supply and world-class rail, road and port links.

So, despite uncertainty triggered by local and global political and economic events, 54% of local SMEs in a recent Sage survey were confident about their prospects in the next six months. They could be the catalyst to job creation and growth, if government heeds their voices.