Lack of hoo-ha in Commonwealth Games debacle tells a story

The lack of political and public reaction to the loss of an event that draws participants and tourists from 70 countries is sadly misguided. 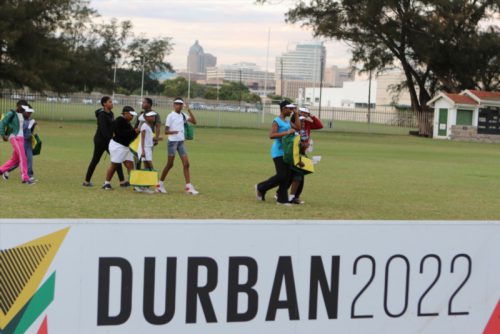 The announcement that the Commonwealth Games are now likely not to be held in Durban was met with a barely suppressed national yawn.

The lack of political and public reaction to the loss of an event that draws participants and tourists from 70 countries is sadly misguided. The loss of a Games that was to be held in Africa for the first time is one of the most globally embarrassing moments of the post-1994 era.

Such casual abandonment is a marker of the degree to which President Jacob Zuma’s government is mired, to the point of impotence, by internal factional battles. While the loss of the Games is not as politically important as SA’s intended withdrawal from the International Criminal Court, it nevertheless will be seen internationally as symptomatic of our accelerating decline into Third World insignificance.

Sports Minister Fikile Mbalula was disingenuous, too, when he identified costs as the sticking point, for the Games initially held little financial downside risk.

The 2022 Games was never going to be a replay of the 2010 Football World Cup, where taxpayers ultimately had to foot an exorbitant bill for new, underutilised stadiums, and extensive new road and rail infrastructure.

In fact, the only venue erected in 2010 that has successfully commercialised itself is Durban’s spectacular Moses Mabhida Stadium and this would have been the anchor venue in 2022. Since Durban is also blessed with a range of other top-drawer sporting venues, most of the additional investment needed was already part of the eThekwini’s infrastructural master plan, or could easily be added.

So the problem is not cost, per se. The immediate trigger is the failure of the Treasury to provide the Commonwealth Games Association (CGA) with the financial guarantees that it pledged, and which legally underpin the bid.

The Finance ministry is concerned that the tight organisational schedule for mounting the Games is no longer likely to be met, at least not without huge cost overruns. That is sadly a realistic assessment.

Because of infighting between ministries, between national, provincial and local government levels, and between sporting control bodies eager to grab a slice of the Games budgetary bonanza, virtually nothing has been achieved.

This made the CGA understandably antsy. Behind the scenes, that is why earlier this year the CGA quietly warned the government that it was running out of patience and was poised to pull the plug on SA. Canada and New Zealand are reportedly both interested in hosting. Liverpool has already offered.

It’s not the costs. It’s not the economy. It is the inability of the Zuma administration to operate in a competent, orderly fashion.

Time is running out for the state capture battalions. There is no longer much of a pretence at carrying out the real business of government. The closing Zuma years are simply about grabbing as much as possible, as quickly as possible.

Now if only there were a Commonwealth gold medal for that.