How human rights are faring in SA two decades after democracy 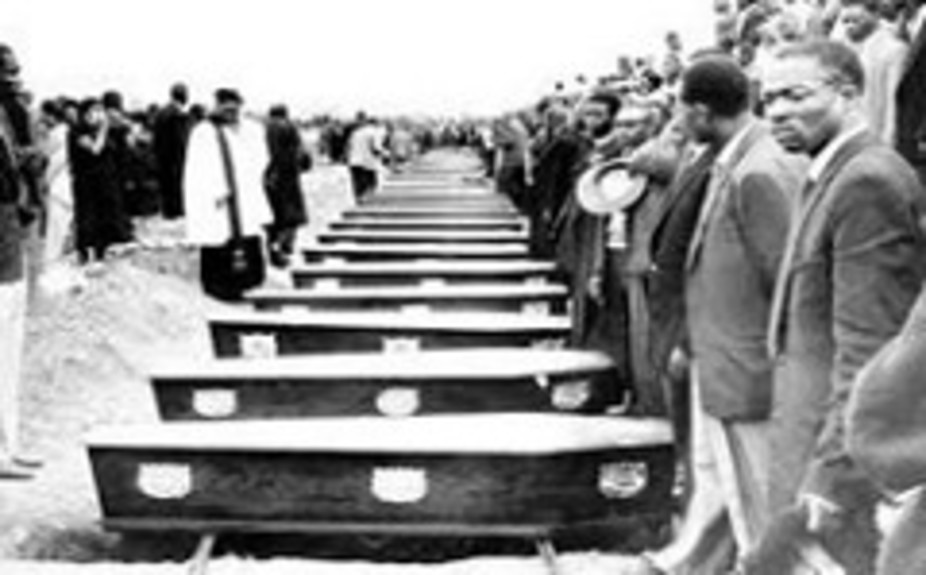 Mass funeral for the victims of the 1960 Sharpeville massacre.

They were protesting against the humiliating pass laws that controlled the movement of black people.

Besides a reminder of a dark period in the country’s history, this day also celebrates South Africa’s unique and highly acclaimed constitution. Its Bill of Rights guarantees human dignity and equal rights to all citizens.

But, despite the constitutional protection of human rights and its relative success at providing basic services to citizens, the government struggles to meet demands for socio-economic rights. For example the pace of delivery of housing, water and sanitation, health care and education, which are provided for in the constitution, has been slow since South Africa’s transition to democracy.

The biggest concerns for many South Africans, according to Human Rights Watch, include: access to treatment for people with disabilities, unemployment, corruption, freedom of expression, police brutality and violence.

What South Africa has going for it is its constitution. This needs to come to life by protecting human rights across the board. This can only happen if laws are made real, by for example, cases being taken to court to set precedents that protect rights.

An estimated half-a-million children with disabilities have been shut out of the country’s education system according to Human Rights Watch.

Unemployment remains stubbornly high. In the third quarter of last year it reached 27.1% after averaging 25.37% from 2000-2016. This has led to high levels of poverty. According to Stats SA’s Quarterly Labour Force Survey 8.9 million people who want to work don’t have jobs.

threatens the rule of law, democracy and human rights …

South Africa is ranked 64th out of 175 in the 2016 Transparency International’s Corruption Perceptions Index. It ranks countries and territories based on how corrupt their public sectors are perceived to be.

In addition, people who try to report corruption are often intimidated or muzzled.

Media freedom, free expression and the free flow of information are vital to a healthy democracy. These have all been hard-won in the country. Although it’s not all bad news on this front, the Right2Know Media Freedom & Diversity movement, which focuses on freedom of expression and access to information, notes that:

Compared to most of our neighbours, and indeed many old western democracies, our press freedom record is not all that bad, but this is only because with every attempt by the powerful to restrict media freedom, the public is able to keep pushing back.

Another persistent problem is police brutality and use of excessive force, especially against protesters. In its submission to the United Nations in 2016, the South African Human Rights Commission reported that

South Africa has witnessed a tremendous increase in the number of protests, particularly those relating to the failures of local government to deliver basic services.

Another major concern is that South Africa remains a deeply violent society. For example, violence against women, including rape and domestic violence, remains very high. One in every four women is physically abused by her intimate partner. According to Professor Naeemah Abrahams, Deputy Director at the Gender and Health Unit at the Medical Research Council, a woman is killed every six hours by her current or former intimate partner.

A study conducted by the World Health Organisation in 2012 found that 65% of women in SA had experienced spousal abuse in the year before the research was conducted.

Thankfully, South Africa continues to play an important, although at times inconsistent role, in advancing the rights of LGBTIQ+ people. It was the first country to protect sexuality in its constitution and is reckoned to be a champion of gay rights. Yet in June 2016 it refused to support a landmark resolution on LGBTI rights at the UN Human Rights Council in Geneva.

To address these shortcomings South Africa must focus on the judicial enforcement of human rights. A right without a remedy raises questions of whether it is in fact a right at all.

Although there are other ways of protecting rights, judicial enforcement has a clear role in developing an understanding of these rights. Test cases can lead to systematic institutional change to prevent violations of rights in the future. This has already happened in some important landmark cases such as the Constitutional Court ruling that set the bar for protection of HIV positive people.

Other possible solutions include: education, constructive dialogue, exerting pressure to bring violations of human rights to public notice and to discourage further violence and curbing corruption by protecting whistleblowers.

But two questions remain: do South Africans have the perseverance and are they strong and morally bold enough to stand up for these rights? And, if necessary, to challenge the powerful (government) in court where they are threatened? 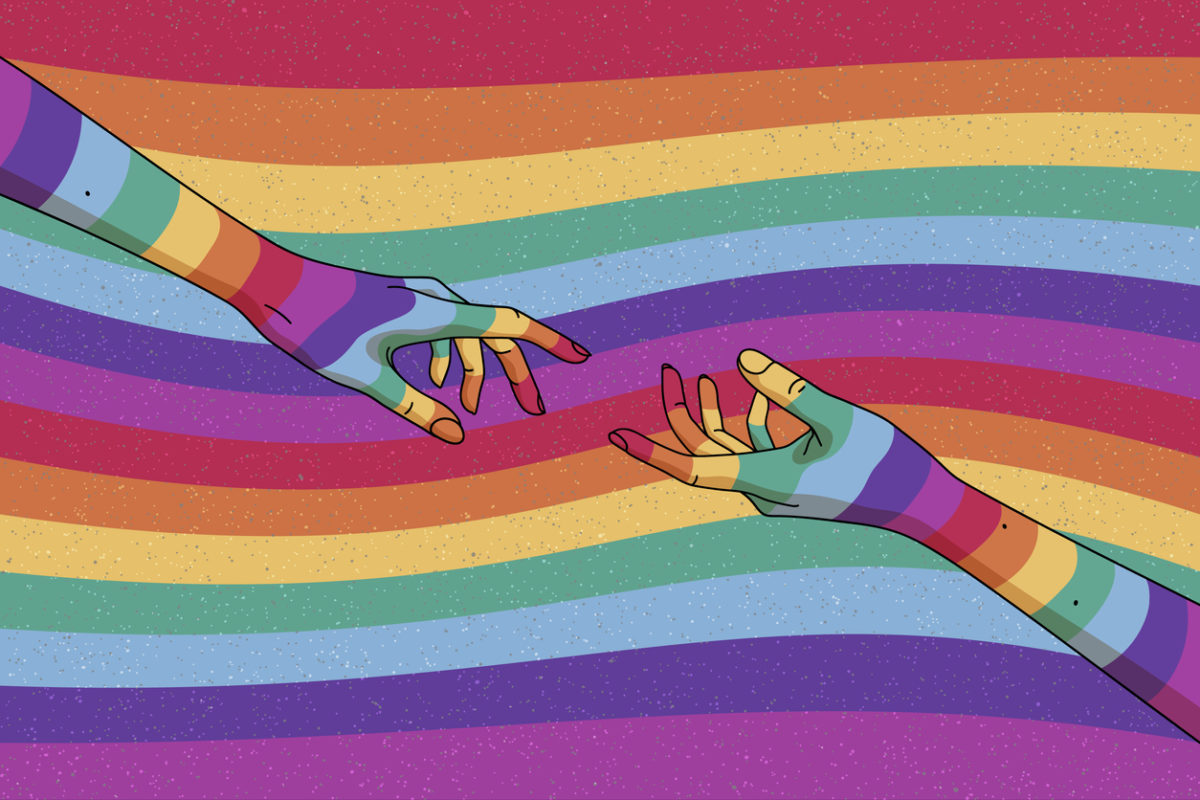 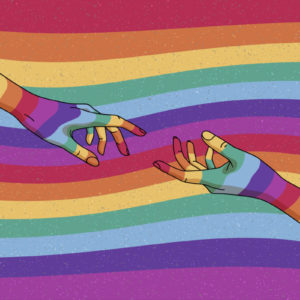 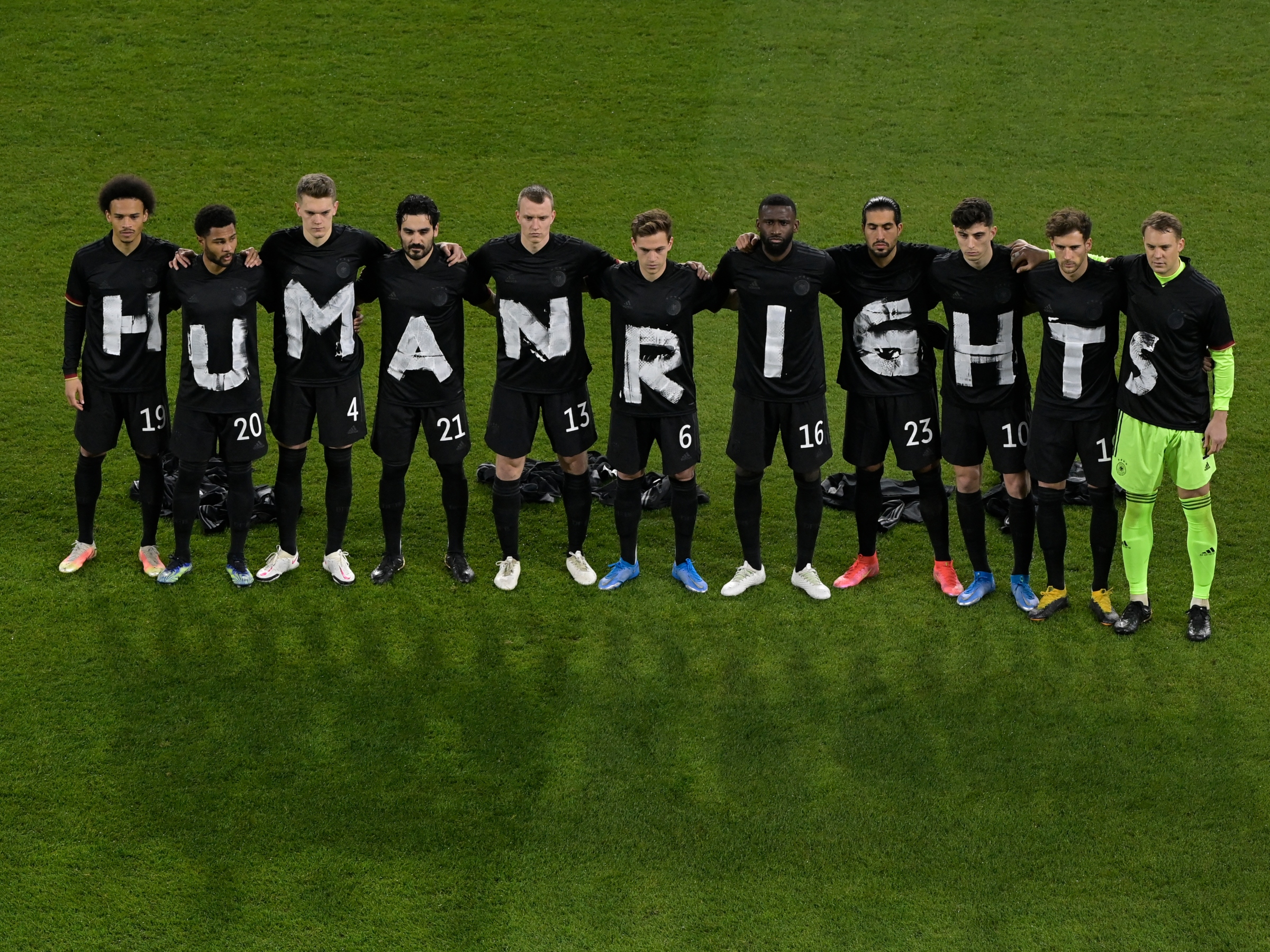 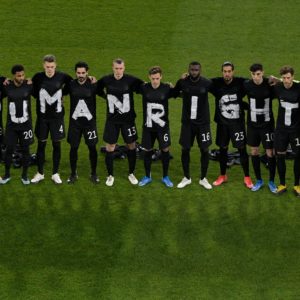