My feeling is that junk status is neither here nor there. FILE PICTURE: A resident takes off a load from his back after a day's work on July 21, 2014 in Devland, South Africa. (Photo by Gallo Images / Sowetan / Thulani Mbele)

Junk or no junk, South Africa remains one of the most unequal societies.

President Jacob Zuma’s removal of finance minister Pravin Gordhan and his deputy Mcebisi Jonas has “junked” us in basic global economic terms – such as being downgraded twice to junk status, a loss of investor confidence and the volatility of the rand.

The so-called rand volatility has been there for some time and the economy has also not been growing well, even before the removal of the two. But no one bothered to educate the masses on these global economic turns. Especially the poorest of the poor.

For the past week, we have been bombarded by the narrative of SA being downgraded to junk status and what it means for South Africans.

Many experts spoke at length about the implications and consequences of the country’s junk status.

They claim there is a point of no return and that the economy will never recover again.

But if South Africa overcomes this, will the material conditions of South Africans change, or will it give them bread on the table and decent jobs?

South Africa remains one of the most unequal societies in the world with a Gini coefficient that ranges from 0.660 to 0.696.

This means the masses of the people in SA lived in abject poverty before the so-called junk status – and they will continue to live in poverty for many years to come.

But why do we focus on the current political situation and doing away with the imbalances of the past?

Until such time that there is a serious socioeconomic emancipation of the masses of the people, we can’t talk about growing the economy.

All the policies we have – ranging from Accelerated and Shared Growth Initiative for South Africa to the Reconstruction and the Development Programme – have never helped the masses, who live in squalor with regards to their material conditions.

But these policies remain the darlings of the rating agencies.

These agencies must also take South Africans into their confidence by addressing issues that affect the masses of our people.

According to Statistics South Africa, the unemployment rate stands at 26.7%. This means the majority of South Africans have been in this “junk status” for quite some time.

The truth is we were only waiting for ratings agencies to endorse what has been there for years.

My feeling is that junk status is neither here nor there.

Rather be direct with businesspeople since they are mostly affected by this economic downturn.

It’s up to South Africans to continue playing to the gallery and fighting one another in the name of protecting the economy – while we are not diagnosing the underlying challenges that led to the situation we find ourselves in. 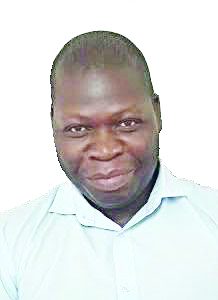