To dump Zille is idiocy, DA

That the DA brand has been damaged is probably true. But it is not only Zille’s fault. 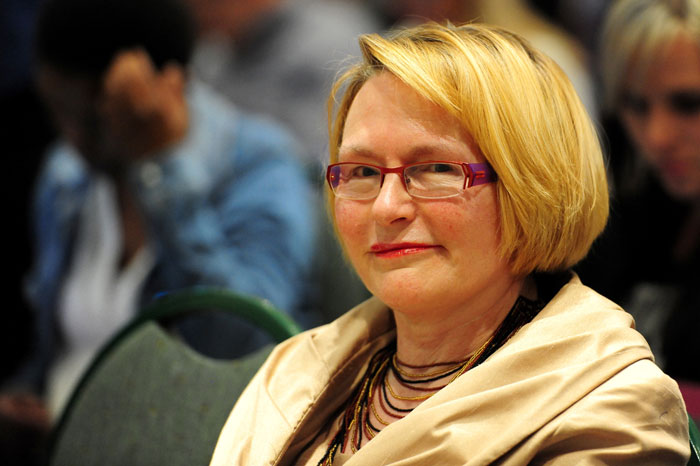 In 1912, Edward Smith burst into the annals of history by racing full steam through the Atlantic ice-field. A comparison with Musi Maimane 105 years later is irresistible.

Captain Smith of the Titanic hadn’t been looking for an iceberg. The iceberg found him. Captain Maimane differs from Smith, in that the DA leader has deliberately sought out the iceberg on which he intends to test his vessel. But the chilly Helen Zille is as capable of holing the good ship DA, as was that Atlantic ’berg capable of sinking the Titanic.

Zille, premier of the Western Cape and Maimane’s predecessor, has had her party membership suspended prior to a disciplinary hearing that her many foes hope will end with the combative Zille being booted. It’s a monumental idiocy.

This is a moment of acute ANC vulnerability, when the DA should be trying to unite disparate opposition groups. Instead, it is hell-bent on alienating a significant number of its wealthiest supporters, by dumping the one person running an effective government.

But a party shooting itself in the foot is not the most important issue. The ousting of Zille will mean that political discourse in SA will be increasingly truncated by a spurious desire at all costs not to offend.

Zille faces two sets of accusations. The first is that she made racist remarks; the second that she damaged the DA’s public standing.

It follows a Zille tweet saying the rise of Singapore, which she had just visited, was a reminder that, despite all the negatives, colonialism brought infrastructural and judicial advantages. That this is a racist uttering, or that Zille is a racist, is ludicrous. While it is unwise to tackle in 140 characters an issue with such ramifications of oppression and pain, her assertions are intellectually credible.

Maimane, sensitive to the vulnerability of the DA’s reputation among its growing black constituency, immediately sided with the outraged. And Zille simply wouldn’t sit down, and shut up.

The blemish became a canker and it seems most of the DA executive now thinks that surgical excision is the only solution.

That the DA brand has been damaged is probably true. But not only among black voters, but also white voters. And it is not only Zille’s fault.

Maimane aggravated the polarisation by choosing to see Zille’s actions as a challenge to his leadership. Naively, he became a participant in the faux hysteria around her tweet, quickly announcing his intention to suspend her.

In doing so, Maimane pre-empted the due process provisions of the DA’s own regulations. There have been several other procedural snaffles and missteps. Hilariously, Tony Leon, the man she ousted as party leader, has entered the fray to lecture Zille on embarrassing behaviour and call for her resignation. This from the man who foolishly chose to fight a general election under the infamous “Fight Back” slogan, rendered by the ANC as “Fight Black”.

There is irony in the fact that if Zille is dumped, it will be hailed as a victory for enlightened, empathetic political discourse. It should be seen for what it is: a political hatchet job that is going to further close down robust discourse.

Unlike poor old Smith with the iceberg, Maimane may well vanquish Zille. But it will be an act of foolish pride that may prove an empty victory.