SA’s problems lie in political negligence, not its constitution

Has the constitutional project failed? Is the country's constitution an obstacle to meaningful redistribution and land reform? 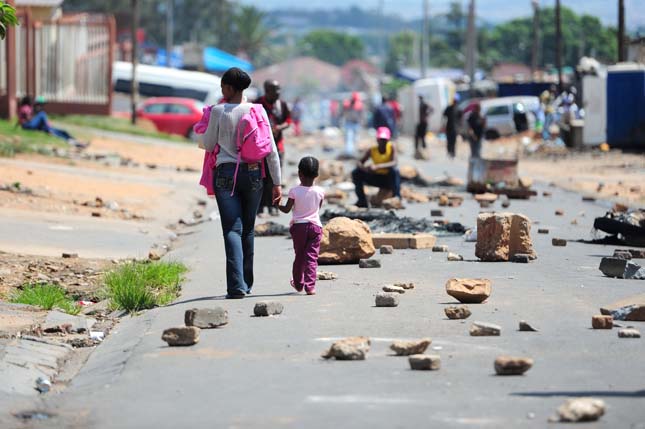 South Africa is witnessing another wave of disillusionment with the constitutional arrangement that followed the end of apartheid in 1994.

As the country advances towards the third decade of democracy the sentiment is that the constitution is an obstacle to meaningful economic transformation. It’s roundly criticised for putting a brake on much-needed wealth redistribution, following centuries of colonialism and apartheid oppression of the black majority.

President Jacob Zuma has even alluded to the need to amend the constitution to enable accelerated radical land reform.

Why, indeed, has the country not made the kinds of social and economic advances that were promised in the negotiated settlement and incorporated in the 1996 constitution?

South Africa’s constitution is admired globally. It incorporates hard-fought-for political and civil rights, and a generous range of social and economic rights that can be enforced by courts. Why then do so many South Africans, mostly black, still live amid widespread poverty? Why do they continue to live in segregated spaces that reinforce apartheid geography?

With a constitution locating equality and dignity as its preeminent principle, why do so many women and children still suffer from such disturbing levels of violence? Why is unemployment so alarmingly high in the face of vivid affluence and consumerism?

But has the constitutional project failed? And is the country’s constitution the problem? I believe not. The provisions in the constitution, if properly implemented and enforced, have the capacity to change the lives of the majority of South Africans.

There are many reasons for the country’s inability to realise the rights set out in the constitution. They include a lack of political will on the part of all spheres of government (national, provincial, and local), bureaucratic indifference or incompetence, corruption and mismanagement.

Other problems concern either ineptitude of the so-called Chapter 9 institutions, established to strengthen the country’s constitutional democracy, including the Human Rights Commission and the Gender Commission. And the failure of government to implement their recommendations.

The reasons also relate to the failure of government to implement court decisions.

But a narrow focus on only law and the courts will yield only limited results and constrict the transformative possibilities of the constitution.

The ability of the constitution to change the lives of the majority of South Africans is particularly true if enforcement involves a broad spectrum of societal actors. This includes government, the corporate community and civil society, the media and the various professions, the trade union movement and religious bodies.

The range of social and economic rights in the constitution include the right of access to education, healthcare, food, water, social security, a clean environment and housing. Many have been litigated, often with judgments in favour of the applicants. But often the judgments haven’t been properly implemented and enforced.

The most successful cases have been those where the plaintiffs have worked closely with civil society advocates to ensure that the court’s decision is implemented. A good example is the Treatment Action Campaign case that forced government to roll out anti-retroviral medication to HIV positive pregnant women in public hospitals.

Arguably the land question is the most pertinent in South Africa. Not surprisingly the section of the constitution that’s viewed as the greatest impediment to “radical” economic transformation is section 25 – the so-called property section.

I don’t believe so.

The protection of the right to property should protect everyone in a market economy. And most people want their property protected. But these protections don’t preclude the possibility of addressing the colonial and apartheid legacy of land theft from black South Africans.

Section 25 allows for land to be expropriated for a public purpose or in the public interest. The definition of public interest includes “the nation’s commitment to land reform and to bring about equitable access to all South Africa’s natural resources”.

The clause sets out the terms (“just and equitable”) for compensating owners of land earmarked for expropriation. Most significantly, section 25 provides that

property is not limited to land.

Section 25 also provides for land reform through restitution and redistribution. It does this by enabling “a person or community whose tenure of land is insecure as a result of past racially discriminatory laws or practices” to tenure that is legally secure, or of comparable redress, as provided for in legislation.

In addition, government is mandated to take affirmative action, within its available resources, to

foster conditions which enable citizens to gain access to land on an equitable basis.

These provisions create great possibility for addressing land shortage, security of tenure and other deprivations as a result of South Africa’s colonial and apartheid history.

That successive South African governments have clearly not implemented the provisions of section 25 shows political negligence, a betrayal of its own policies and a failure of governance.

Section 25 provides government with a clear directive that must be matched with a solid commitment to act. Section 237 of the constitution directs that “all constitutional obligations must be performed diligently and without delay”.

The government clearly has not satisfied its constitutional obligations – and must do so with substantive thought and urgency.

The Constitutional Court has on several occasions heeded the government to take action. For example, in the Tongoane case in 2010 Justice Ngcobo noted the priority that land restitution and security of tenure must be given. He noted:

We are mindful that parliament’s legislative plate is overflowing. These matters, have, however, now become pressing and should be treated with the urgency that they deserve.

In light of government’s failure to fulfil its side of the bargain, it would be foolhardy to consider amending the constitution without considering the findings of the Motlanthe Commission. Set up by the National Assembly, the commission will investigate the impact of key laws passed by the South African parliament since 1994 with a special focus on eradicating economic inequality. It could provide a blueprint for government action if, as expected, it sets out recommendations on social and economic rights, including land.

While the untold misery and deep humiliation that people endured under colonialism and apartheid cannot be fully compensated, they may have their rights to dignity and equality restored through government laws and other actions. If government doesn’t act, then civil society actors and key institutions should consider interventions that may force its hand.

It’s not the constitution’s failure to deliver “radical economic” transformation, but a lacklustre government that has forgotten its promises – first adopted in the Freedom Charter and then again in the constitution.