The ruling party is in a leadership predicament that means no solution will come without a heavy cost. 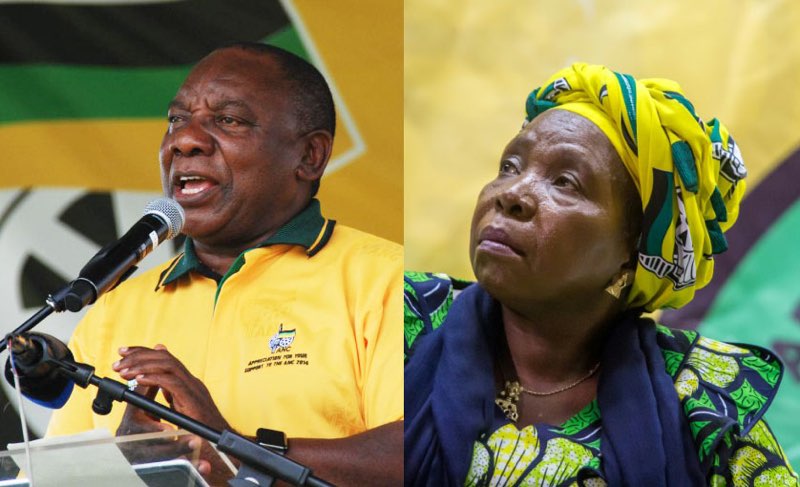 South Africa’s governing African National Congress is caught between the mythological monsters Scylla and Charybdis as it heads towards its crucial 54th national elective conference in December. In choosing its new leader the party’s factions could push its leadership succession battle to a finale that produces a credible winner and leads to the party’s purported self-correction. But the process could just as easily split the party further and damage its already dented 2019 electoral prospects.

Either way, the ANC of 2017 faces dreadful choices.

Amid this comes the rallying call for unity at the conference.

But “unity” has become an overexploited catchall for ANC provincial power brokers and candidates. For unity to work beyond the conference, mountains of looting and corruption will have to be swept under a carpet of compromise and inclusion.

The most likely outcome is that South Africa’s cynical and savvy new electorate will be left underwhelmed, which is why the outcome of the December conference will affect the ANC’s subsequent election prospects more directly than any of its six preceding meetings since 1991. These were Mangaung (2012, Polokwane (2007), Stellenbosch (2002), Mafikeng (1997), Bloemfontein (1994) and Durban (1991). The last two – Mangaung and Polokwane – laid the foundation for the party’s current woes.

Previous leadership contests – structured equally by actual voting by delegates and deal making – have shaped the character of the organisation.

Jacob Zuma’s Pyrrhic 2007 victory in Polokwane to become ANC president brought in the fleeting belief that the ANC was reconnecting with the people and that it was set to drive “radical” change.

Its dramatic impact was matched only by the 1991 conference in Durban – held after the unbanning of the ANC but before it assumed power in the 1994 elections.

The contest in Durban was precarious. Different groupings – former exiles and political prisoners on the one hand, and those who had remained to lead the liberation struggle internally on the other – had to be accommodated. Compromises were reached. Among others, Cyril Ramaphosa became secretary-general and Jacob Zuma deputy secretary-general. This united front was accepted widely.

In 1994, Ramaphosa retained his position, while Thabo Mbeki slipped into the deputy presidency and Zuma became the national chairperson. Mbeki, Zuma and Ramaphosa now constituted a triangle of power that set the tone for turmoil in the decades to come. Mbeki leapfrogged Ramaphosa to become president of the ANC in 1997. The effect of this was to sideline Ramaphosa from the main succession line and to open the door to Zuma’s ascendance. This is turn established the tracks for future power trysts and discreditation.

As the country’s president from 1999 Mbeki became maligned by the left for championing neo-liberal policies. Yet he won a second term. The resolutions at the 2002 conference showed a state that was confident of its abilities to eradicate the social scourges of the day. But Mbeki baulked at entrusting this project to his deputy, Zuma, who was already implicated in arms deal corruption. The only way to stop Zuma would have been to bring charges – a decision that was unpalatable in the prevailing climate because the charges would have come across as being politicised.

The transition from Mbeki to Zuma catalysed the process of self-destruction in the ANC. Zuma’s formal rise to power followed his involvement in the arms deal saga. Multiple scandals followed, including a rape case in which he was acquitted, and detailed allegations that he facilitated state capture by his networks of family and associates.

In his second term, Zuma’s loyalists bent on mobilising for their “turn at the trough”, entrenched their hold on power, fusing the ANC’s succession contests with guarding access to political power and state resources.

The ANC has gone into all previous conferences reasonably secure about its electoral support. Leadership elections in the previous rounds have not been accompanied by concerns over whether the choice of leadership would pose any electoral risk.

That’s changed. Corruption in government has become a major issue for the electorate and public trust in state institutions is evaporating. This loss of support was evident in the 2014 and 2016 elections.

Yet, depending on the leaders it chooses, the ANC runs the risk of either ceding its outright electoral majority nationally, and even potentially in provinces beyond the Western Cape – the only province it does not run – to opposition coalitions. Or becoming dependent on questionable small parties to forge governing coalitions.

Opinion surveys over the last year all show a singular direction: the need to cleanse the state of Zumaist influences, and minimal tolerance of corruption. Yet the ANC succession campaigns have been vacillating, often ignoring the dangling sword.

This means that for the first time since its unbanning the ANC requires foundational renewal and correction. Its supporters and general electorate are no longer content with conference resolutions that simply promise to root out corruption, as was the case in Mangaung 2012.

These realities leave the ANC with unpalatable choices: does it maintain unity in its leadership contest and avoid angry fallouts – and even another split? ANC secretary-general Gwede Mantashe assumes that unity can be infused by electing

a leadership that will send a signal that we are serious about stopping looting from our people.

Yet efforts to drive unity have put little emphasis on exorcising corruption and correcting the ANC.

Several unity initiatives have been aired since the run-up to the ANC’s mid-year policy conference in June. For example, in a poorly sponsored initiative Zuma, as president, proposed that the loser of the presidential race automatically become the deputy president.

Subsequent bilateral meetings between ANC provincial executives have attempted forging united fronts in multiple guises. Proposed amendments to the ANC constitution (to be deliberated at the conference, just prior to the final nominations in December) include several options to accommodate a greater number of top ANC officials.

Even the ANC parliamentary caucuses’ stance in August 2017’s opposition-driven vote of no confidence was a manifestation of the “unity above all” mantra. It pointed to the type of ANC that might follow if unity prevails over the substance of governance.

Weaknesses that followed that vote included further declines in state-owned entities (South African Airways, and the power utility Eskom, for example), evidence of the capture of the National Treasury and attempted capture of the Public Investment Corporation, while private sector associates to the Gupta-Zuma network went into tailspins.

None of the preceding conferences could prepare the ANC for the decisions, including leadership choices, that the December conference is required to deliver. The stakes are high and the delegates’ task unenviable.

They will be presiding over an ANC that squirms in Scylla’s clutches, amid differences over the theme of unity. Simultaneously, they will be fighting to avoid the crosscurrents of Charybdis’ whirlpool. This, as the electorate demands that the ANC show integrity and accountability. Unity above all might entail unpalatable compromises. A post-Zuma order that still bears the Zuma imprint may not be good enough, even if it keeps the ANC united.

Susan Booysen, Professor in the Wits School of Governance, University of the Witwatersrand