Zuma is pulling wool over our eyes

This country must not allow itself to be fooled into accepting a disastrous scheme for free higher education while a desperate looting frenzy goes on behind the scenes. 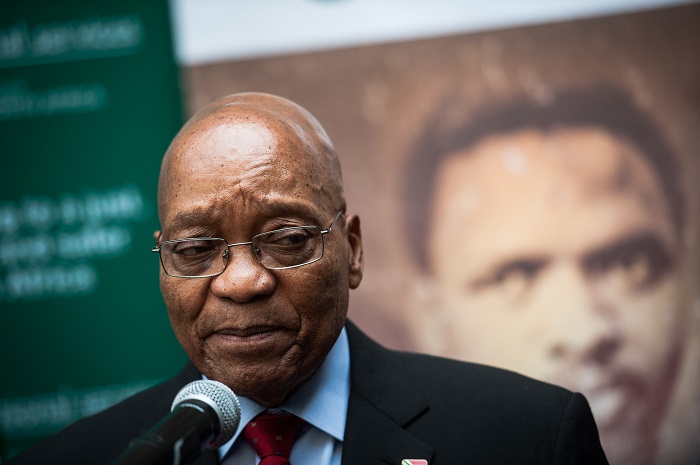 In the week that the most damning allegations against the Zuma administration’s excess were laid bare by Jacques Pauw’s whistle-blower book, the beleaguered president has had to scramble to save face.

He has now decided that his legacy will be defined by free access to higher education. And that will come no matter what.

Sadly, the country is not fooled by this hijacking of a matter that should have been resolved in the most sober of ways.

The #FeesMustFall movement has come to represent the most potent response to this administration’s looting ways.

And in wanting to ensure that free education is available at all costs, the president is attempting to retrospectively cleanse his image. The facts are there for all to see, except those who choose not to.

State institutions that should be ensuring that there is no looting of state resources have been brought to their knees.

Let’s not forget that in the hundreds of allegations that Pauw has made in his book, not a single allegation has been challenged directly by the president, his keepers or his praise singers.

In the absence of rebuttals of what is contained in the era-defining book, it is only logical to come to the conclusion that Pauw’s allegations are actually true.

The one institution that should be collecting taxes unhindered has been shown to have been so emasculated that it came as no surprise to the whole country when the finance minister announced that there will be a shortfall of R50.8 billion in tax collection.

Let’s not forget that only two years ago, when Nhlanhla Nene was still finance minister, Sars exceeded its revenue collection target by R7 billion.

Sure, R7 billion would still be R30 billion short of the money required to fund free higher education, but it would be a brilliant start. What we have now is an expected shortfall of R50 billion. And we know why.

Sars has been crippled to serve the interests of a faction of the ruling party that has shown beyond a shadow of a doubt that the interests of poor South Africans are the least of their concerns.

And so the struggle for free higher education is hijacked, taken over by force to demonstrate that the president cares about the struggle of the poor.

But a leader who cares about the struggles of the poor would have gone out of his way to ensure that first and foremost, his personal income tax was paid in full and on time every year.

That leader would also have ensured that all the people responsible for Sars’ above-average performance in revenue collection were kept in their jobs.

Free higher education would never have come easily even if Sars was fully functional and not captured to serve the interests of a few. Sacrifices would have still had to be made to realise it.

But what we are seeing now – the slashing of budgets meant for the creation of a band of specialist black academics and the threat to social grants simply to save face and redeem the legacy of a leader who has brought us to the edge of the precipice – is highly irresponsible.

This country must not allow itself to be fooled into accepting a disastrous scheme for free higher education while a desperate looting frenzy goes on behind the scenes.