Malema’s misdemeanors or misdeeds – bad as they may be – do not add or take away from Momberg’s utterances. 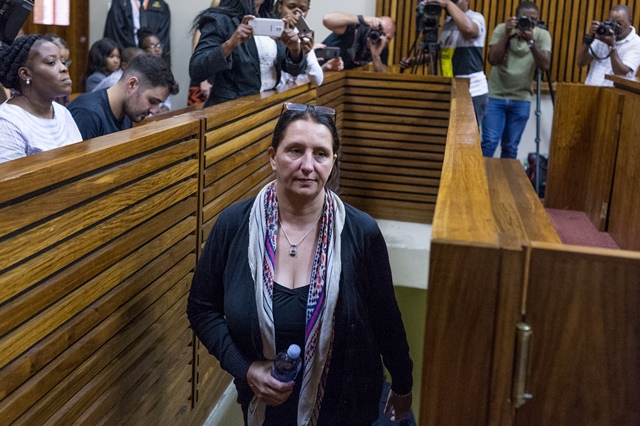 Vicki Momberg. Just the mention of that name sends emotional temperatures rising to boiling point. This past week, that name provided the setting for yet another divisive racial discussion around South Africa.

The one side applauded her three-year jail sentence (one year suspended) for crimen injuria but the other side wasn’t as jubilant. “If Momberg is guilty of racism then so is Julius Malema. Why isn’t he in jail?”

AfriForum just could not understand why a white woman could be sent to jail for her racist rant and Julius Malema could be left roaming the streets of South Africa at will.

Julius, according to AfriForum, has done worse, inciting violence against white people. Maybe they are right, Julius should be in jail or in court for his utterances. After all, he did say his organisation was aiming to “slit the throat of whiteness” by removing Nelson Mandela Bay mayor Athol Trollip.

Here’s where AfriForum and a whole lot of people get it wrong: Malema’s misdemeanors or misdeeds do not add or take away from Momberg’s utterances.

“The calibre of blacks in Johannesburg is totally different to that of the black in Durban. They are totally useless…”

There is no point in going over her use of the k-word in referring to the blacks in Joburg. That would distract from the point being made here.

In a country recovering from three centuries of deep-seated and legislated racist policies, there cannot be a place for an individual to publicly spew their racist hatred, let alone against officers of the law on official duty.

Momberg consciously chose to identify herself with a history that held black people to be less than human. She chose to verbally abuse any black person who came within an inch of helping her. And these were not mere insults. These were insults that cut deep. Insults that were aimed at demeaning and dehumanising black people.

In fact, her insults were, at their most basic, saying “the black people I’m encountering here are less than human”. People who believe that about their fellow human beings usually attach a nasty name or label to it. This way, they don’t have to shout out all the insults all the time, all they need to do is invoke the k-word.

And this is what magistrate Pravina Rugoonandan chose to put an end to by sending Momberg to jail. It was a call to all South Africans to stop using words that cut to the centre of our collective pain.

AfriForum and a whole host of other South Africans disregard all of that and ask: “What about Malema? What about that black person who said this or that about white people?” That’s all good to ask. In fact, Malema should be taken to task and so must other prejudiced black people. Send them to jail if a magistrate says so.

But the burden of history cannot be ignored like Helen Zille always wishes in her tweets. It’s not tit-for-tat. It’s historically factual.

The k-word was coined for exactly that reason. There is no matching word for dehumanising white people that matches the k-word. Yes, one can always find a word to use but history has taught us that it was black people who suffered the brunt of racism.

And when Momberg insults black people, AfriForum does not do its followers a favour by defending her.

They are setting South Africa back.