No amount of money – call it aid, or call it bribery or extortion – will change reality when one is completely out of step with everyone else. 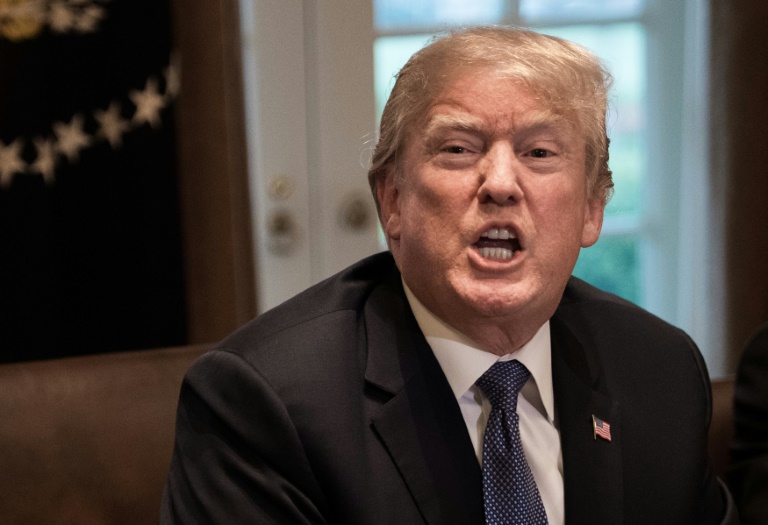 US President Donald Trump wants to end foreign aid to countries that consistently vote against it at the UN. Despite cries of “extortion” and “bribery” from outraged aid recipients, this is a damn fine idea.

Internationally, it’s a wake-up call to nations that view the US as an all-year-round Father Christmas.

And to the many Americans, including Trump, who see global politics in simplistic transactional terms – we pay, you dance – it’s going to deliver an unexpected bucket of cold water to the face.

Whatever the altruistic goals, aid is not only a humanitarian project by nations. There are reciprocal economic benefits and the influence that money buys.

On the expenditure side, the US is not as unassailable as Trump claims. Depending on how you define aid, the US doled out $31 billion-$43 billion in 2015. China’s murky aid budget was about $38 billion and the EU, $92 billion.

Unlike Trump bemoaning how meagre the bang the US gets for its buck, the Chinese must be delighted with the returns they achieve. This week, the Dominican Republic hastily cut diplomatic ties with Taiwan after being offered a $3.1 billion package in “loans and investment” by China.

In contrast, there is a slew of countries that sucked for decades at the teat of American munificence, without delivering an iota in return. Among them, in Africa, are Burundi, Zimbabwe and South Africa.

Along with the likes of Iran, Syria, Venezuela, North Korea, Turkmenistan, Cuba and Bolivia, these 10 most often align against the US. With the exception of SA, none is a functioning democracy with a defensible human rights record – what Trump would probably call “sh*thole” countries.

Chinese officials would never be as crass as Trump, despite anecdotally being notoriously disparaging about Africans behind their backs. China’s diplomatically savvy courtesy extends to complete indifference towards governance failures, human rights abuses and rigged elections.

So, pardon my guffaws when George Charamba, Zimbabwean presidency spokesperson, this week explained the lofty reasons why his country so often votes against the US: “We never pander to the foreign policy of another power. Whether it is America or any other power … we vote on the basis of principle.”

But, as the adage goes, if it seems too good to be true, it is. Nothing is unconditional, as the unabashed about-face by the Dominicans shows.

There is nothing innately wrong, then, in Trump – ever the businessperson – bemoaning what he perceives to be a poor return on investment. At the very least, these nations have been put on notice that they will have to weigh in their dealings with the US, as they already do with China, the monetary cost of their principles.

But Trump – whose political morality has all the nuance of that of a great white shark – is likely going to be disappointed. It is never a simple equation of aid equals votes.

It is a perfidious world, indeed, Mr Trump. And no amount of money – call it aid, or call it bribery or extortion – will change reality when one is completely out of step with everyone else.