A lack of decisive leadership and no consequences for corruption and incompetence have brought municipalities to the brink of collapse. 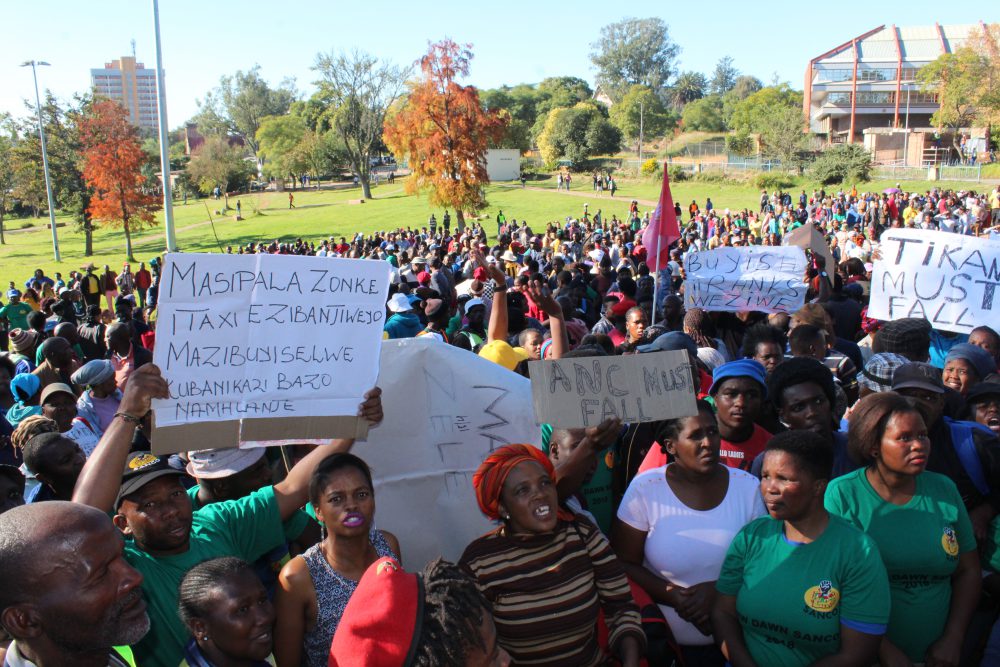 Local government isn’t sexy. Which is unfortunate, since it is sure as hell important.

This is where people interact most with government. Water, sewage, roads, rubbish removal and, often, electricity, all come to us through the municipal pipeline.

And what a ramshackle pipeline that is, bunged up where it is not seeping. By government’s estimate, a third of our municipal entities are dysfunctional, with another third teetering on the edge.

This week the auditor-general’s (AG) annual report put some numbers to the shambles. Irregular spending by municipalities is expanding exponentially.

The AG audited 257 municipalities and 21 of the 60-70 municipal entities. Only 33 received clean audits, with not one of those in North West, Free State and Limpopo – provinces that have collapsed or are on the brink of doing so.

Gauteng and Northern Cape managed only one clean audit each, two in the Eastern Cape, six in KwaZulu-Natal and 21 in Western Cape. Not a surprise, given that 170 of the chief financial officers in local government are not qualified to hold the post.

Andrew Siddle, a University of Cape Town fundi in local government, says “long before state capture became a buzzword for what was happening at a national level, the very same thing was happening everywhere at a local level.

“Elite capture, where the politically connected divert municipal resources to benefit themselves, their family and their friends, has being going on for decades.”

This is reflected in what the municipalities spend money on. Statistics SA’s analysis shows that in 2014/15 salaries took up at least 26% of budget, rising occasionally to as much as 66%. Administrative costs came to 30% and contractors 5%.

When it came to services, 22% was spent on keeping the lights on, although Eskom debt has doubled from R6 billion to R13.5 billion in the past year. On average, a mere 5% was spent on water.

Almost a third of municipalities (31%) are “vulnerable” and may not be able to continue operating, says the AG’s report.

Finance Minister Nhlanle Nene said last week, without naming them, that “a number” of SA’s biggest cities are on the brink of financial collapse. They “cannot be allowed to fail”.

AG Kimi Makwetu and Siddle agree on the root cause: a lack of decisive leadership. Makwetu bemoans the fact that there are no consequences for corruption and incompetence. Siddle says that for the past decade, the Zuma years, SA has had a “distracted national leadership”, unable to ensure basic governance.

This invites brazen behaviour lower down the food chain.

The AG says that the environment in which his audit teams had to work have become more hostile. Teams are being threatened and pressured, with “increased contestation and pushbacks”.

Siddle says that the future is bleak and that there is no end in sight to the collapse, only more of the same. For President Cyril Ramaphosa to try to tackle these fiefdoms would, at this stage, be political suicide.

“It could only be done at huge political cost. There just isn’t the oomph or the will to do so.”

The only immediate hope is that voters, especially outside the urban areas, discover the power of the ballot box.

“But the sad truth is that the people most terribly affected by non-existent service delivery persist, each election, in voting in the same set of rogues.”