Ramaphosa cannot afford to be a teddy bear in the ANC

He has to show that he's a decisive leader who can take unpopular decisions. 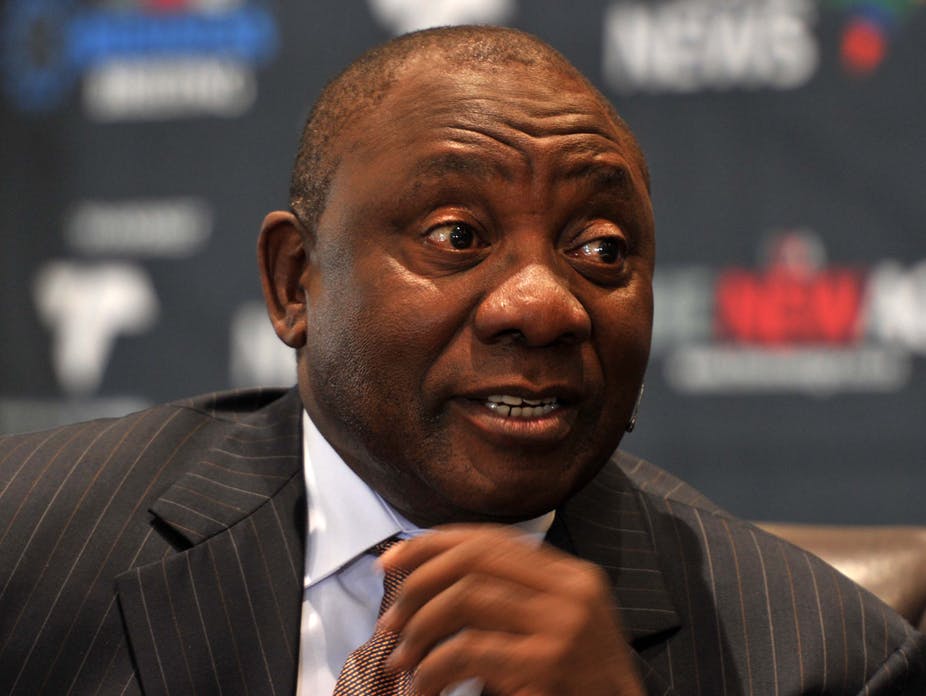 Now that Cyril Ramaphosa has served as South Africa’s president for more than three months, many pundits and ordinary citizens are assessing his performance. Some have argued that he’s doing a great job; others are less impressed.

Whatever one’s view, perhaps the most important element to take into consideration when assessing Ramaphosa’s work so far is that he took the country’s reins under circumstances that were far from ideal. He stepped into the role vacated by President Jacob Zuma when he had to be recalled by his own party in order to allow Ramaphosa a greater latitude as a leader.

He is treading a delicate balance between expressing his own distinct leadership and cultivating cohesion within his party. This is not without difficulty, as fissures deepen in the ANC’s KwaZulu-Natal province despite Ramaphosa’s quest to achieve unity. He has also failed to assert his will in the North West province, where his party is riven by tensions.

And yet, Ramaphosa needs to be firm if he’s to reverse Zuma’s legacy that left behind a deeply damaged economy and state institutions.

He will not succeed if he becomes a teddy bear within his party, especially given its chaotic state. This is even important given the fact that the pro-Zuma faction is not giving up and will possibly mobilise against Ramaphosa at the 2022 elective conference of the African National Congress.

Ramaphosa should bear in mind that he does not have much time at the helm of government, since there is no South African president under democracy who has completed two terms in office.

In his hastily delivered state of the nation address a day after he replaced Zuma, Ramaphosa presented a 10-point plan that emphasised the economy, renewal and unity as the centrepieces of his presidency.

He’s come up with many ad-hoc initiatives and ideas. These include the jobs summit, the investment conference and the special investment envoy. He’s also been talking about reviving manufacturing, supporting black industrialists, boosting youth employment, growing the tourism sector, and a digital industrial revolution commission, among other things.

These are all sensible and promising programmes. What they need to succeed is better rationalisation, clearer focus, and technocratic finesse. They will need sound indicators to measure success. Otherwise they run the risk of gathering dust in filing cabinets.

There are some commendable practical steps Ramaphosa has taken so far, which will need a strong push to bear results. On the political front, Ramaphosa has managed to exercise influence over the core of the economic cluster in government. Agencies such as Treasury, Trade and Industry, Economic Development, and Mineral Resources are now steered by figures that enjoy credibility with the public and the private sector.

At the institutional level, he has taken little time to get on the work of overhauling leadership in struggling state-owned enterprises. Boards at Eskom, Denel, Transnet and SAA were replaced with fresh blood and individuals that have experience and integrity. New leadership appointments have been made in the security cluster.

The head of the South African Revenue Service, Tom Moyane, a known Zuma ally, has been suspended and is likely to be dispatched to the wilderness before his contract comes to an end.

Law enforcement agencies were quickly on the heels of those implicated in acts of corruption. Among those feeling the heat are the Gupta family, which had been untouchable due to their closeness to Zuma and their allies such as the former minister of mineral resources, Mosebenzi Zwane. Even the ANC secretary-general, Ace Magashule, is feeling the pressure.

Ramaphosa’s short tenure has, no doubt, brought a sense of urgency in cleaning up government and other state institutions. This is something to be encouraged. However, the road ahead requires much more.

Beyond a set of programmes and short-term plans, Ramaphosa needs to develop strong signature themes that define his leadership, and not just piecemeal programmes. He needs to express a clearly discernible mission beyond the feel-good slogan, “Thuma Mina”, a campaign to galvanise citizen activism in addressing the country’s challenges.

Whatever people think of former South African leaders such as Nelson Mandela and Thabo Mbeki, their leadership had strong imprints that were felt early on. Whether it was reconciliation and nation-building, in the case of Mandela, or the African renaissance, in the case of Mbeki, what their presidency stood for was clear. Ramaphosa is yet to show his leadership identity.

However Ramaphosa’s record is assessed, people should not lose focus on the responsibility of citizens to keep leaders accountable. They should not allow themselves to be reduced to applauding spectators. Leaders are here today and gone tomorrow.

Positive efforts should by all means be supported, but citizens must avoid complacency at all costs. They can play a critical part in contributing meaningfully to consolidate the country’s democracy and promote social change by getting involved in initiatives that seek to address social ills.

Matlala Setlhalogile co-authored this article. He lectures in politics at the University of Johannesburg.