Ramaphosa’s growth plan is as stimulating as decaf 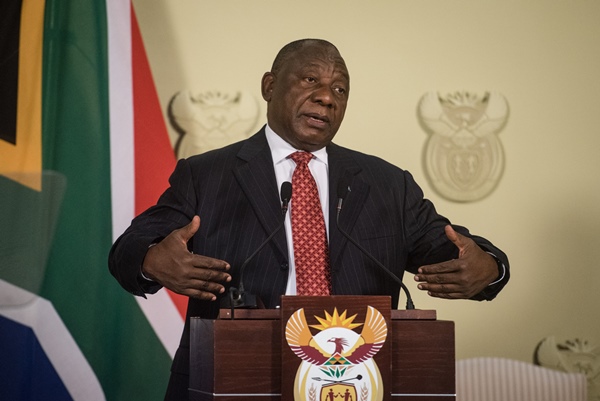 Is President Cyril Ramaphosa’s package stimulating? Is the country buzzing with excitement about a new dawn of economic growth and prosperity?

Nope. Even the SA Chamber of Commerce and Industry notes everything mentioned has been heard before.

Consider the main points. Setting aside R400 billion for infrastructure over three years is reminiscent of the 2009 budget speech. “State-owned entities will spend, on average, more than R120 billion a year on infrastructure programmes,” we were told in that first year of Jacob Zuma’s presidency.

Similar pledges have been made in every State of the Nation address since then. Take the 2011 Budget: “The government and state-owned enterprises will spend more than R800 billion over the next three years on new power stations, road networks, dams and water supply pipelines, rail and ports facilities, schools, hospitals and government buildings.” Ja, ja.

It’s puzzling how R400 billion on infrastructure can be big news in 2018, when it is half the R800 billion announced for the same thing in 2011. Are we really that stupid?

In this context the R20 billion Industrial Development Corporation (IDC) target for infrastructure projects is modest. The IDC squandered a lot more in the Zupta years.

The idea of “57 priority pilot municipalities for infrastructure spending” is interesting but the devil is in the detail.

Who will get the contracts? As Ramaphosa told Business Times, “Corruption manifests itself through procurement…” If you are unfamiliar with the jargon, “procurement” in this context refers to how public money is spent.

Ramaphosa’s ANC is riddled with people who know how to steal public money by bending procurement rules. To them, R400 billion for infrastructure presents further looting opportunities.

Even the welcome relaxation of visa requirements is a re-run. In October 2015 the government announced that new visa rules would make entry easier for visitors with children and those from India, China and Russia. It seems we’re still tinkering with that.

Last Friday Ramaphosa said R50 billion from the national budget would be reallocated to focus on agriculture and economic activity in townships and rural areas. Fair enough, but until we know where the R50 billion is coming from and how it is to be spent, there is no reason to assume it will promote economic growth. Similarly, the pledge to fill 2 200 critical health posts is welcome but not necessarily stimulatory.

Ramaphosa’s package is as stimulating as decaf. It packs zero economic energy boost.

First, he is recycling old news. Second, the ANC is still infested with corruption and incompetence. It cannot be trusted to spend R400 billion honestly and efficiently on infrastructure. Third, investors remain sceptical about what he means by property expropriation without compensation. Fourth, the labour law environment is still unattractive to employers.

If he wants growth and job creation, Ramaphosa must confront populists and unionists. He is politically too weak to do so.