Sars will soon be cleaned up, courtesy of retired Judge Robert Nugent. Similarly, the Public Investment Corporation and the NPA. 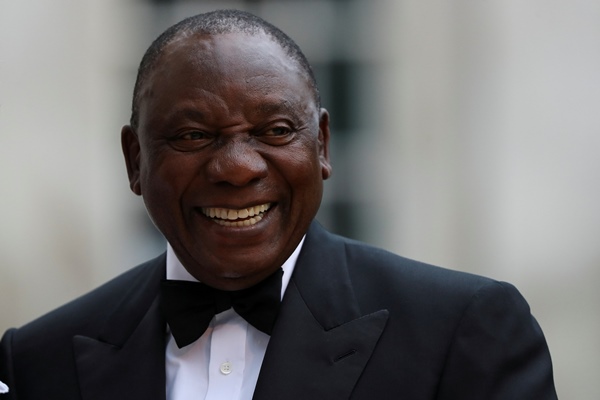 President Cyril Ramaphosa beams as he arrives to attend the Commonwealth Business Forum Banquet at the Guildhall in London, Britain, April 17, 2018. Picture: REUTERS

South Africans started this year in a somewhat euphoric state. There was widespread elation and relief that the kleptocratic shambles of Jacob Zuma’s years in office had ended.

But the elation has been short-lived as we reach the fag-end of 2018 and can see more clearly in what state Zuma left the country.

As revelation upon revelation has followed, the true cost of Zuma’s lost decade has become apparent. It is all much worse than almost anyone realised.

Few governments in history have taken power endowed with greater reserves of goodwill – both here and offshore – than did that of Nelson Mandela in 1994. Now, all’s gone.

Fiscally, the cupboard is bare. Morally, the nation’s standard flaps in tired tatters.

South Africa is in a dreadful state, but there is no simple solution. Contrary to his blithe promises and our naive hopes, President Cyril Ramaphosa is not going to be able to readily right the ship.

We like our politics served neat: black or white, villains or heroes. It’s not surprising, then, that public sentiment appears to have turned sharply against Ramaphosa.

He is being lashed for being tardy in putting his stamp on day-to-day governance. The other persistent refrain is that he has been suspiciously cautious over corruption.

The commentariat should be pleased with Ramaphosa’s apparent inertia, since, when he has acted decisively, it has been disastrous. His cheerleading of expropriation without compensation (EWC) has left any hopes of economic recovery mired in suspicion and uncertainty.

But much of the criticism is unrealistic. He won the presidency by a whisker, leaving him incredibly vulnerable to a counter coup.

Ramaphosa’s first logical goal was simply to survive through to next year’s general election. The second, in those polls, to reverse the steady decline of the ANC.

Based on the past 10 months, it seems likely that Ramaphosa will achieve both goals. And if he does so, it will be in no small measure because of EWC – it’s a populist issue that has kept the Zuma camp within the ANC at bay, and will undermine both the Economic Freedom Fighters’ vote on the left and the Democratic Alliance vote on the right.

The evidence emerging from Deputy Chief Justice Raymond Zondo’s State of Capture Inquiry will make it possible soon to act against a slew of Zuma cronies. All that is still missing is a head of the National Prosecuting Authority (NPA) who is not just another puppet whose every decision – or indecision – is tainted by perceptions of partisanship.

Ramaphosa has that problem, too, in hand. This week, he announced that a panel of experts, drawn from the likes of the General Council of the Bar and the Human Rights Commission, would interview and then compile a shortlist of three suitable candidates.

What a break from the tawdry politics of the past. What a way of ensuring that no one who the NPA now acts against can credibly claim political victimhood. Sheer genius.

If only the clever Mr Thabo Mbeki had thought of doing that, we would have been spared the Zuma nightmare.