Don’t be distracted by Bosasa sideshow

The source of the information about Ramaphosa receiving money from Bosasa must be interrogated, not to protect him, but to expose their motives. 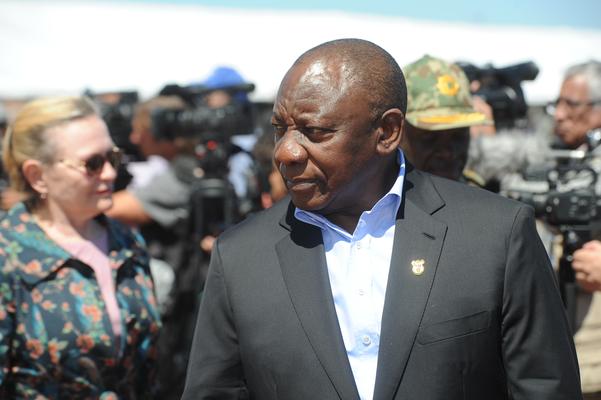 In the 1940s to the mid-1950s, US Republican Senator Joseph McCarthy led an anti-communist campaign that created an atmosphere of fear among even ordinary citizens in the United States.

Very little evidence was required for one to be branded a communist and accused of crimes against the state.

President Cyril Ramaphosa has allowed the Commission of Inquiry into State Capture to expose the rot that characterised the past decade, and an atmosphere similar to that of McCarthyism is being created by those opposed to his efforts to get to the bottom of state capture. Anyone who has ever met the Guptas is in danger of being labelled corrupt.

There is a real danger that we are going to throw out the baby with the bath water because this almost McCarthyist witch-hunt will brand everyone corrupt and therefore block efforts to get rid of the rot.

Part of the backlash from those who were part of the state capture machinery includes releasing secret records into the public domain attacking those fighting state capture.

Ramaphosa’s backtracking over the Bosasa R500,000 payment to his ANC presidential election campaign was embarrassing, but there is a need to get to the real reason why the information is only being released now instead of when it happened.

The real danger is that it feeds the perception that corruption is so pervasive that we might as well give up fighting it.

The past decade under Jacob Zuma’s rule has lowered the moral bar so much that whenever clear acts of looting of public funds are exposed the accused want to shout back “what about the money you received from so-and-so?”

The source of the information about the president receiving money from Bosasa needs to be interrogated, not to protect the president, but to expose their motives. Is it to derail this administration’s effort to clean up state capture or are there other reasons?

In the six months or so leading up to the polls it is important not to be distracted by sideshows. The focus must remain on rebuilding state institutions that have been destroyed by state capture.

Does this mean the president must be given a get-out-of-jail-free card for incidents in which he has erred? Definitely not. But it must be remembered that the bruising leadership battles that have gone on within the ruling party in recent times have been straight battles between good and evil.

The good guys lost out on two ruling party presidential elections and the result was an entrenchment of state capture, the debilitating results of which we will live with for years to come.

If the president’s donors are to be made public to expose alleged corrupt sources, then all the skeletons must come out of the cupboards – and not on a piecemeal basis.

Every cent that went to Nkosazana Dlamini-Zuma’s election campaign must be laid bare. Jacques Pauw alleges that corrupt cigarette cartels paid money to her campaign.

Another inquiry into all this will be a sideshow taking our attention off the Commission of Inquiry into State Capture. This is what the bad guys want and, for the moment, it looks like the opposition has played into their hands.