Zuma cleaning up his image is a real cause for concern

It needs to be pointed out that those who aligned themselves with state capture over the past decade are now gunning for citizens' vote. 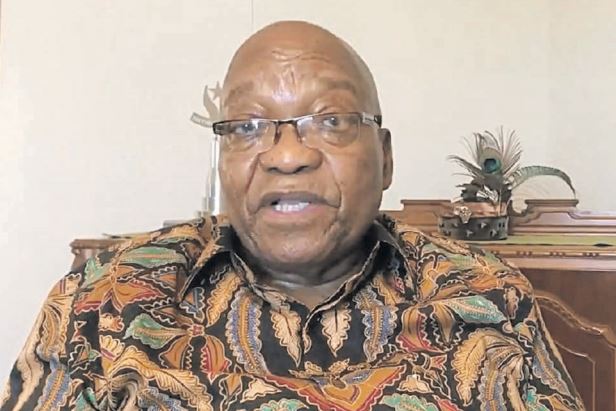 A screengrab of former president Jacob Zuma on Twitter speaking about land. The ANC Youth League has supported the ex-president’s re-emergence into the spotlight.

One of the most basic features of South African elections has always been the alphabet soup of parties that seem to come into existence just a few months before the actual event.

This election will be no different. If anything, it would seem that anyone with the financial means to start a political party will attempt to do so.

In the past, voters have been blessed with comical choices such as the KISS party, as well as the Ganja party. It looks like the 2019 general elections will be remembered for people such as Hlaudi Motsoeneng and Mzwanele Manyi waking up to announce the formation of their own political homes.

Democracy requires the broadest participation of the voting public and taken at face value, the proliferation of political parties will be seen as democracy being strengthened.

It would be unwise, though, for the media and political commentators to assume what has always been viewed as a neutral role. The introduction of multiple political parties born from one side of the political spectrum, in this case the side that was intent on subverting our democracy for the benefit of a politically connected few, needs to be seen and proclaimed not as the broadening of democracy, but as an attempt to steal the will of the people.

Those forming those political parties will argue that they have a right to do so, but right-thinking citizens and analysts similarly have the right to defend their hard-won democracy by pointing out that those who aligned themselves with state capture over the past decade are now gunning for their vote.

The biggest victories that our still-young democracy has recorded in the past decade or so have originated from the opposition camp, which initially was led by the Democratic Alliance and other smaller parties such as Bantu Holomisa’s United Democratic Movement.

They kept the ruling party on its toes through asking questions that mattered in parliament, also aided by ever-vigilant investigative journalists.

And then the activist-orientated Economic Freedom Fighters entered the scene. And it became game-changers. Where the other parties always felt justified in just asking questions, the EFF insisted on getting the right answers, and swiftly.

That opposition stands to be diluted by elements who want the country to believe that state capture was radical economic transformation. If the media is to stand back and adopt their usual supposedly neutral stand that says all opposition is good opposition, it will be an abdication of their role as watchdogs of democracy.

Fake neutrality in the face of a bold assault on democracy only serves those with twisted motives. It is for this reason that the recent resurgence of former president Jacob Zuma on social media cannot be seen as merely an act of a retired statesman expressing his views on current affairs, but of an attempt to clean up the image of one who was previously perceived as the kingpin of state capture.

This cleaning up of his image, combined with his former cronies launching their own “political homes”, should concern all right-thinking South Africans.