Cyril, it’s time to steal ideas from the opposition

Whether it is the DA suggesting the privatisation of SAA or Eskom should not matter. The ruling party must copy those sections of the DA manifesto to save SA money and direct it to where it’s needed: services to the poor. 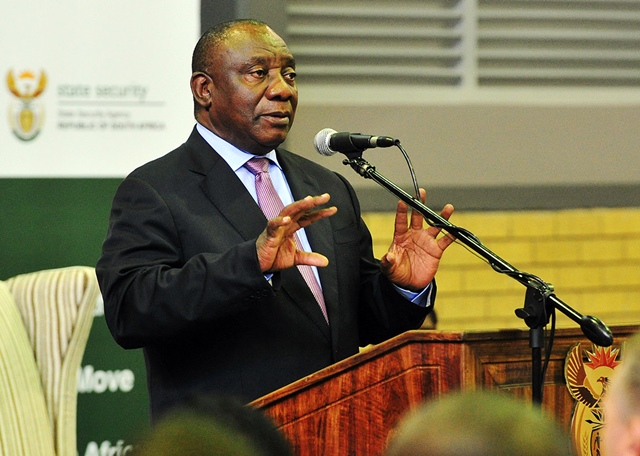 Being election season, it has become commonplace for political parties to claim their opponents are stealing their ideas and sections of their manifestos.

The EFF was the first to accuse President Cyril Ramaphosa of having stolen liberally from their manifesto, which they unveiled a week or so before his State of the Nation address.

“The president has abandoned the ANC’s manifesto and decided to plagiarise the EFF’s manifesto,” was Julius Malema’s lament after Sona.

Ordinarily, this would be a bad thing, showing how bereft of ideas the country’s president is. But given the state the country’s stateowned enterprises are in, it really is good if the ruling party can look to the opposition for fresh ideas on how to turn things around.

Listening to DA leader Mmusi Maimane launching his party’s manifesto over the weekend must have left a lot of leaders of parties to the left fuming at the idea of state-owned enterprises being privatised: leftist ideology is that any state asset that becomes privatised is a sure sign that jobs will be shed and services will become unaffordable for the poor.

It doesn’t take a rocket scientist to know that Eskom, South African Airways and the Passenger Rail Agency of South Africa have not shed jobs simply because money is being regularly taken out of the fiscus to prop them up.

Those shouting privatisation are shooting themselves in the foot. All the entities they’re screaming should not be privatised have become an endless stream of easy money for anyone willing to buy a politician.

If the president must be accused of stealing ideas from the opposition it must be that he has stolen brilliant ideas from the DA or the EFF to unbundle Eskom and privatise the separate units to make sure they run efficiently.

Yes, it flies in the face of the ruling party’s leftist ideology to privatise an essential entity like Eskom, but the question needs to be asked: what has that ideology done for the poor in over two decades? Do poor South Africans have access to cheap electricity? The answer is no.

In fact, sometimes the poor do not have electricity at all because the state-run Eskom cannot provide it.

The less said about SAA the better. The only benefit that poor South Africans have associated with SAA is that their country has a flagship carrier, nothing else.

In fact, South Africans have contributed billions of their tax money to keep that flagship in the skies. Those billions have either been looted through companies like Bosasa, or used inefficiently – and the airline board is now back asking for more millions.

Whether it is the DA that is suggesting the privatisation of SAA or Eskom should not matter. Logic dictates that the ruling party must copy those sections of the DA manifesto to save SA money and direct it to where it’s needed: services to the poor.

The 25 years of failed state-owned enterprises is way too long. Ideology needs to take the back seat. The president’s main concern, should the ANC be returned to power in May, should be adopting approaches that work for the people.

Yes, privatisation can be evil if left purely to the markets – but no one is ruling out public and private sector partnerships. These entities must be run profitably to benefit South Africans. And the state has shown it cannot do the job.

It’s time the president stole ideas from the opposition.