Kaizer Chiefs coach, Ernst Middendorp did say last week that Bafana Bafana’s qualification for the Caf African Cup of Nations will have positive impact on the local game and I guess we can all now agree with the German. Just looking at last weekend’s performances shows a big improvement in the Absa Premiership. 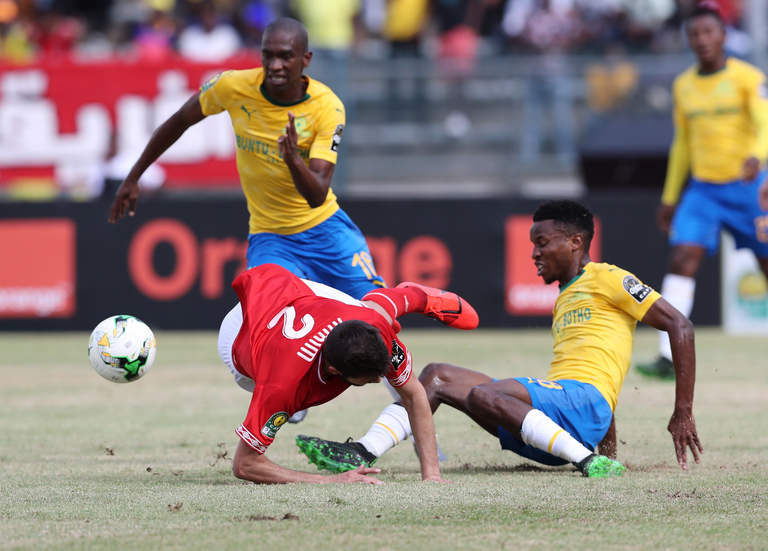 And then there were Mamelodi Sundowns. One just can’t find the right words to aptly describe what they did to Africa’s club of the century, Al Ahly. That 5-0 demolition is something that at first, the Egyptians were angry with but later turned into a joke as it dawned on them that they had been embarrassed by a side they thought so lowly of.

I was going through their Facebook page as the game was playing. At 3-0, they called their players a bunch of fans who were masquerading as players. But at the end of the match they were making jokes about the defeat. Their biggest rivals in Egypt, Zamalek also forgot that they had been eliminated in the early rounds and made fun of Ahly’s biggest defeat in the Champions League.

Themba Zwane or Mshishi as his fans like calling him, was the chief architect of Ahly’s demolition and he speaks about his performance in our lead story on Page 3.

On the local front, the action was also stuff that you need to keep the cold away. It all started on Friday night with Maritzburg United’s “Dancing Rasta” aka Allan Kateregga who came off the bench to inspire a come from behind 2-1 win for the troubled side.

His two strikes were goals that even an established scorer like Cristiano Ronaldo and Lionel Messi would surely be proud of. His anticipation, technique and execution were just what the relegation threatened side had been lacking all season.

Orlando Pirates’ dramatic win over Bidvest Wits was something you see in those soapy sports movies. For them to get the three points courtesy of an own goal was amazing after they had squandered so many chances and the match looked headed for another goalless draw. Micho knows Bucs are close, but yet far in their quest for league honours, see story on Page 12.

Baroka jumped onto the bandwagon as they added their upset, beating Kaizer Chiefs 1-0 at FNB Stadium. After Amakhosi’s eye catching display in their win over Cape Town City a week earlier, not many gave Bakgakga much of a chance.

The result left a bad taste on Middendorp’s mouth as he had gone with almost the same team who easily beat City. And it was relief for Wedson Nyirenda whose team are not out of the woods yet.

The magic continued on Sunday with Polokwane City coming from behind to beat Limpopo neighbours Black Leopards 3-1 and in the National First Division there were also unbelievable results.

We also have all your favourite features including Women in Football, Fantasy Football and One on One. Our legend this week in Molefi Ntsoelengoe who speaks about carrying a heavy name on his shoulders as his uncle, the late “Ace” is still regarded as one of the best the country has ever produced.

*Jonty Mark is away for few weeks