Help, I don’t know who to vote for

One cannot help but get the sense that some South Africans are so disillusioned with the democratic process that they have decided to stay away. 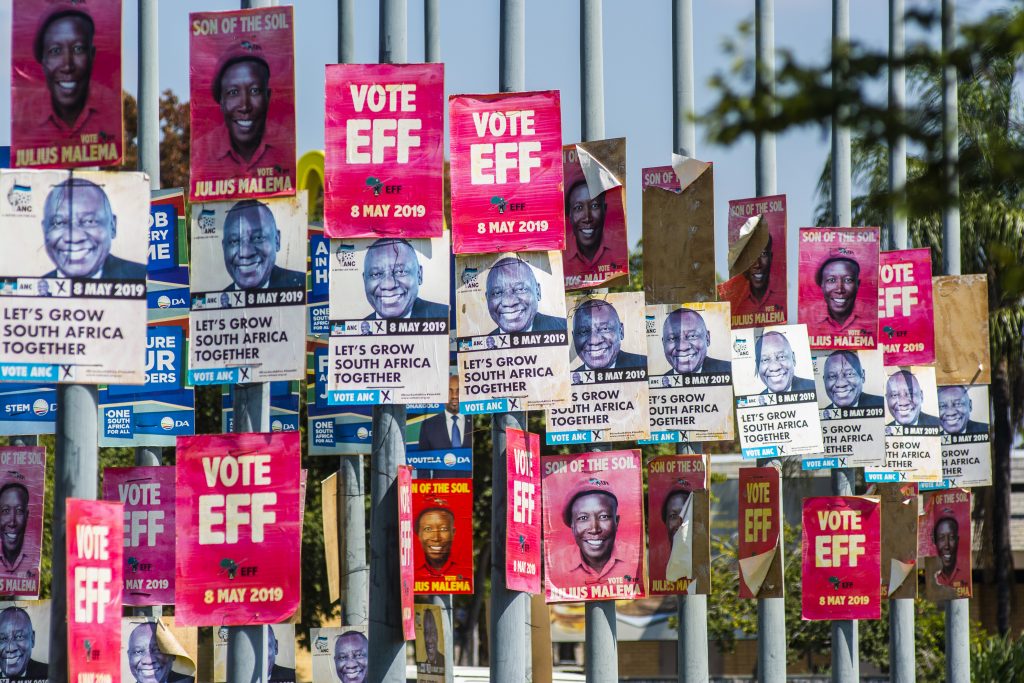 The DA’s attempts to be all things to all people has dulled its focus, the ANC seems to suit its supporters’ values more than it serves their interests, and the radical policies of the EFF, which may have boldness down to a fine art, may not sit well with everyone. Picture: Waldo Swiegers/Bloomberg

There is a Peanuts cartoon that has been doing the rounds on social media in the run-up to Wednesday’s election.

Sitting with her back to Charlie Brown, Peppermint Patty asks: “Do all fairy tales begin with ‘Once upon a time’?”

There is often a big gap between the promises politicians make, and what they can deliver. Everything seems possible on paper, but the reality of internal party dynamics and coalition governing makes implementation much more difficult. And that’s even before facing up to the realities of budget constraints or clean-up efforts.

During the 2016 municipal elections, the negativity around then president Jacob Zuma cost the ANC dearly, particularly in some main metros. But with Zuma “gone” and some polls suggesting that President Cyril Ramaphosa is more popular than his party, the question is what this means for the ruling party’s support.

One of the big questions around the election is what the voter turnout will be.

In analysing some recent voter comments, one cannot help but get the sense that some South Africans are so disillusioned with the democratic process that they have decided to stay away, often because they have been unable to find a job, or due to a belief that issues like crime and corruption are not really being addressed. The sense is that ‘My vote doesn’t make any difference’.

Even those who believe it is their duty to vote may have trouble deciding who to vote for. The ANC seems unable to really clean up the stench of corruption from inside its ranks and if its election lists are anything to go by, one should reasonably expect more of the same. (Having said that, Ramaphosa should be commended for the steps he has taken to strengthen institutions like the NPA and Sars.)

The main opposition, the DA, is effectively a combination of smaller political parties with wide-ranging ideological views, so one shouldn’t be surprised about its internal struggles. Moreover, in trying to woo as big a support base as possible, fear that it may step on the wrong toes may be paralysing it from taking any bold decisions. And while boldness may be the EFF’s middle name, its radical policies may not sit well with everyone and there are question marks around its ability to run a clean government. And then there are the minorities.

So who do you vote for?

One answer would be to vote for a party that would further your interests. If you are concerned about how your tax money is being spent, and serious about an efficient and clean government, surely you cannot support the ANC.

Yet, worldwide, politicians tend to have more success when appealing to voters’ values than their interests. Which perhaps explains why the ANC continues to attract the majority vote, even though unemployment remains high and the country’s fiscal position continues to deteriorate and the problems at state-owned enterprises persist.

If you do vote in line with your interests and support an opposition party, the question becomes if you would be able to find one that broadly aligns with your values. Even if you do, and the party manages to attract a substantial number of votes, chances are coalitions would have to be formed. Compromises would be on the cards. No wonder there have been calls for parties to come clean about their coalition plans before voters go to the booth.

It is perhaps against this background that some voters say they have no idea who to support.

The power of the pen

But staying at home on Wednesday would be a mistake.

Many years ago, I remember listening to someone at a debate who argued that – given the ANC’s substantial majority at the time – it really didn’t serve any purpose to vote. The debater was an eloquent and convincing speaker, and although not all his arguments were compelling, the audience seemed convinced.

“If you have a bath half-full of water, it doesn’t make any sense to add more water,” he said.

But during question time, someone from the audience also had a word to say.

“If you add a few drops of ink to the water, it does make a difference,” he said.

Brought to you by MoneyWeb.

We need more petrol attendants in parliament
1 week ago
1 week ago
PREMIUM!

We need more petrol attendants in parliament
1 week ago
1 week ago
PREMIUM!