The bakkie driver who allegedly ran over a parking attendant apparently can't be kept in prison, as he has people to support.

A screenshot of the moment the security guard is run over by a driver disobeying the rules of the parking lot. Image: Twitter/@justReesie

Please help me understand something. A man drove over a parking attendant and drove away from the scene. The man, identified as Johan Steyn, 38, from Kraaifontein, made his first appearance in the Stellenbosch Magistrate’s Court on Friday.

He intends on pleading not guilty to, wait for it, “allegations that he drove over a security guard” in a parking area.

Steyn was granted R2,000 bail after his lawyer argued that he was not a flight risk and would abide by all bail conditions.

Carefully crafted words articulate that Steyn owns a general building repairs and maintenance business, as stated in his affidavit, and looked after his wife and their one-year-old son.

“We are a close-knit family and my continued incarceration will cause an emotional strain on my family,” he stated in his affidavit. His wife’s parents also relied on him for support.

Steyn handed himself over to police as there was no case reported against him. The report states he tried several times and, on his third attempt, succeeded in handing himself over. How noble. See what I did there. I pose the question on his actions … I added doubt to his actions, just by using words.

The magistrate is reported to have been satisfied that he was not a flight risk and warned him not to make contact with the victim or other witnesses. The matter will be heard again on June 27, as it was postponed for further investigation.

If you haven’t seen the footage: The driver of a white bakkie is seen speaking to a security guard in a parking lot. The bakkie driver appears to intend driving in the wrong direction, despite the attendant’s gestures showing him not to.

A woman who sees the incident attempts to stop the road warrior but fails, as the bakkie driver was probably rushing to provide for his family.

I asked for help on this matter since I fail to grasp why this is “alleged” when a crime was obviously committed. A noble Steyn handed himself over to police. My guess is, this happened after several consultations with his defence on how to approach the matter.

War is often best won with the right strategy. He handed himself over and has no previous convictions against him. I won’t judge Mr Steyn, but I will judge his actions. He ran someone over with his vehicle … allegedly, of course. There is no other way to clearly articulate this horrific incident, which cannot be described in any other way than the actions of a man who intended to harm someone to prove some unknown point.

This was not the only transgression, as Mr Bakkie continued to break the rules of the road to make his escape. What the hell do we call this? Mr Bakkie probably has a game plan and he probably won’t do much time. I just cannot help but think what if he were a Nigerian man, black, maybe with an ANC sticker on his vehicle? Would he have been described as an alleged driver, or something more fitting?

Would the tone of the article have been so fair? Would the colour in describing Mr Reckless Bakkie Driver be as a man who could not help but do the right thing in handing himself over?

It’s a bit sad, but my answer is a big fat no. Why…? Because colour in a story matters, it sets the emotive aspect for the story to provide the reader with how to approach the story. For example, “four Nigerian men arrested for diamond smuggling”, as a headline, sort of tells you what to expect. It could be four men arrested for diamond smuggling, but what the hell, right?

Second example, “Drie swart mans waag hul lewe vir wit vroue” – it’s okay, I’ll translate. “Three black men risked their lives to save white women”. This was actually a headline in a newspaper. My question is, could the headline not have said “three men risk their lives to save women”? The apparent fact that the men were “swart mense” seems to make for a better story. I wonder why, but we’ll save that debate for another day.

Mr Bakkie Driver is fortunate. The social privileges he has are a fortune, even though fortune favours ……. those who are fortunate.

This is just a friendly reminder of how colour in journalism appears to matter. 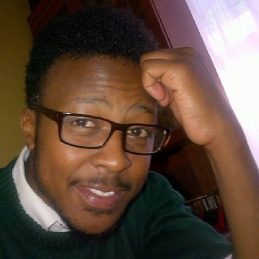