Eskom, cabinet size and other issues Ramaphosa must act on

The May 28 cabinet announcement is perhaps even more important than the actual election results. 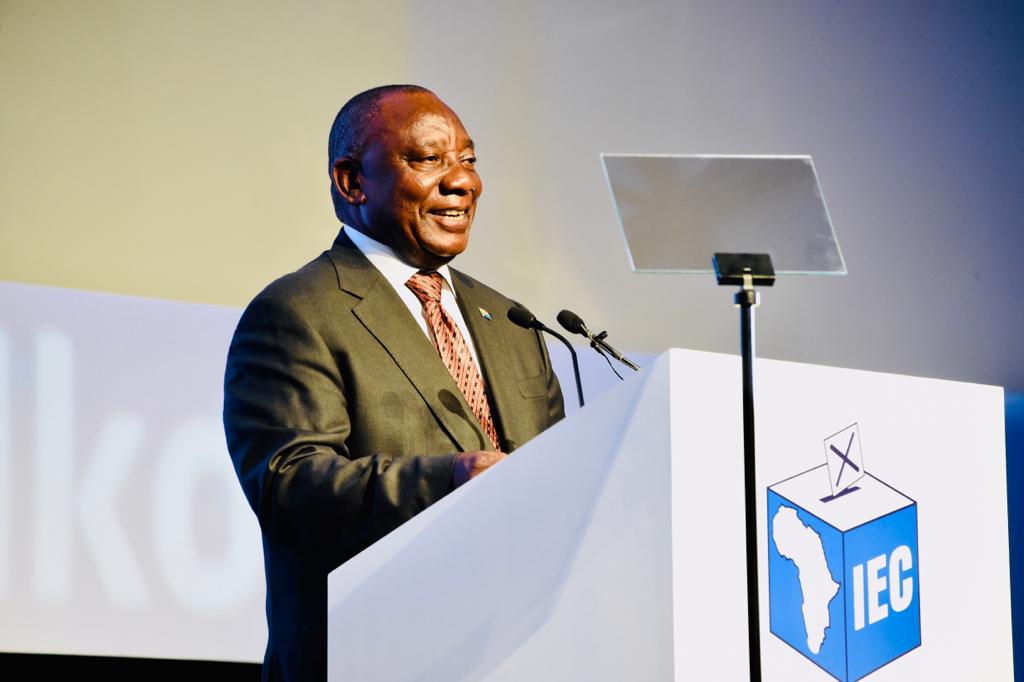 May 11 - President Cyril Ramaphosa speaking at the official announcement of the results of the general elections at the IEC results centre in Pretoria. Photo: GCIS

With the elections behind us, investor focus will shift to President Cyril Ramaphosa’s ability and political will in addressing issues of concern. Chief among these: the composition of cabinet to be announced on May 28, transforming the economy with the promised policy reform, and resolving the problem that Eskom poses to South Africa.

1. Watch for the size and structure of the cabinet

The cabinet announcement is perhaps even more important than the actual election results, especially for international investors, given that the ANC was already expected to win. The key question for investors ahead of the election was rather how much the ANC would win by, and whether Ramaphosa would receive a strong showing of support from voters and the ‘mandate’ that to implement his policies.

This announcement will test whether Ramaphosa is confident enough in his position to reduce the size of the cabinet, and whether he is able to withstand pressure from opposing ANC factions in appointing cabinet members.

You will recall that a key element of finance minister Tito Mboweni’s business-friendly February budget was the need to reduce the massively bloated public sector wage bill. With no parliamentary salary increases this year, the minister further indicated that government will consider options such as offering early retirement packages to public workers and reducing government’s headcount.

Shaving cabinet positions would send a signal that Ramaphosa is serious about bringing stability to government finances and reducing ballooning expenses. International investors are therefore likely to wait until after the cabinet announcement before making any decisions or commitments in terms of foreign direct investments into the country.

Having failed to implement any meaningful policy reforms in the first few months of the year, Ramaphosa is now freer to press ahead with reform and to set a new direction for the economy for the remainder of the year. Investors will also be judging whether government will finally deploy the policies needed to ignite economic growth and address unemployment.

These include, among the many challenges addressing the country’s structural economic issues, removing red tape for small and medium enterprises in terms of registering businesses and seeking financing, as well as unbundling Eskom and restoring its financial health.

Production (manufacturing and mining) over the last 10 years has essentially remained a flat line even though the global economy and our trading partners have continued to grow, meaning that the country has lost important market share. This flat line reflects the dearth of investment that has resulted from a lack of policy certainty, as well as investor concerns about dealing with an inflexible labour force.

Ramaphosa’s attempts to rebuild trust and confidence, and drive investments in the key manufacturing and mining sectors, demonstrates that he understands the issues at play.

If he is successful, we could see these areas creating jobs again, which in turn would allow more workers to move from the public sector to the private sector, and government to reduce its wage bill. But these sectors are energy intensive and therefore fixing Eskom’s capacity is objective number one.

3. Eskom the most pressing issue

While Mboweni’s February budget sent the right signals in terms of the wage bill, it failed to adequately address South Africa’s other major concern: Eskom. Mboweni simply stated that government would be providing Eskom with limited funding to pay the interest on its outstanding loans and support it through its restructuring – or unbundling – over the next three years, without addressing exactly how government will be stabilising its financial position or helping to build its generating capacity.

The question of Eskom is critical for investors. Government needs to repair and bolster Eskom’s capacity in terms of electricity production if the economy is to grow – or, alternatively, be more open to alternative energy producers.

Despite the National Energy Regulator of South Africa (Nersa) approving electricity tariff hikes for the next three years, government seems to be sensitive to (a) the impact that higher tariffs have on consumers and (b) the reality that it cannot simply keep offering additional funding from tax revenues. Beyond placing pressure on consumers, higher tariffs will have a ripple effect throughout the economy over the next few months, potentially leading to further job losses in the mining and manufacturing sectors, and creating a drag on business and consumer confidence.

Eskom is already selling 2% less electricity than it did 10 years ago as consumers and companies move to alternative power sources, while the state-owned entity’s current capacity issues mean it simply cannot support government’s target of 3% GDP growth.

All eyes on Ramaphosa

Many of these policies were announced in the course of last year and are already in the pipeline, but investors will want to see Ramaphosa and government take decisive action in terms of implementation.

If government is able to show clear progress by the time of the mid-term budget policy statement in October, it could hopefully mean that we will be able to avoid or defer a potential credit ratings downgrade – again!

Maarten Ackerman is chief economist and advisory partner at Citadel.

Brought to you by MoneyWeb.