Kaizer Chiefs need to earn back respect on the pitch

The DSTV tweet which has caused a PR disaster for the pay TV company might have been unprofessional, disrespectful and fundamentally wrong but it somehow should act as a wake up call for the powers that be at Kaizer Chiefs. 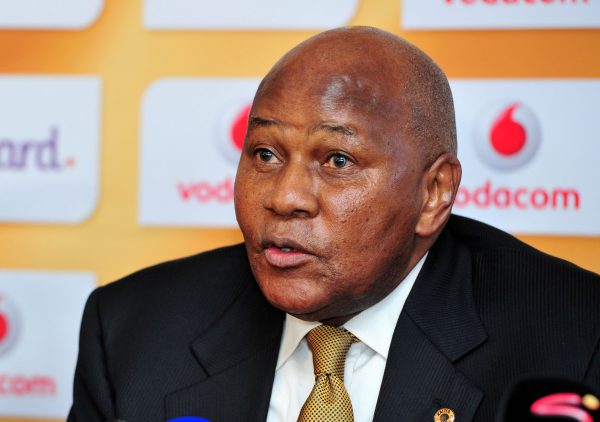 Kaizer Chiefs Chairman, Kaizer Motaung (Muzi Ntombela/BackpagePix)
Okay, let me start from the beginning.
On Monday night, DSTV posted a tweet which referred to Chiefs as “boMabena” in a tweet that was promoting the start of the new Absa Premiership season and urging supporters to subscribe to their channels so as to not miss any of the football action.
The tweet obviously rubbed many supporters up the wrong way. It was not only the Amakhosi fans who felt offended. I saw one Sundowns fan who called on DSTV to put some respect on Chiefs’ brand. But, again, I digress.
Okay, before I get to my point, let me clarify why the word “boMabena” is disrespectful. It is a term widely used on social media to describe people or group who continuously keeps disappointing. It comes after a popular video where a soldier kept disappointing his commander by failing to accomplish training drills.
Chiefs have disappointed their supporters in the last four years as they have failed to win any trophies or play enticing football. This has made a once-mighty side into the laughing stock of the local game as any team now feel they can beat the team who are the country’s most successful when it comes to trophy count and supporter base
.
Their management remains brand conscious but seem to have neglected the core business of the brand which is football – the action where 11 players face 11 from another team of the field. They have failed to keep up with the likes of Sundowns, Wits and Cape Town City on the field of play.
The management must revert to ensuring that the team does well on the field of play and everything else will fall back into place. The R.E.S.P.E.C.T will then reinstall itself on the brand.