Sobukwe would be disgusted with the ‘rainbow nation’

If we listened to the late PAC founder, there would be no landlessness and no black or white race constructs, writes the party's deputy president. 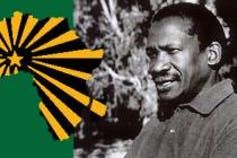 Robert Sobukwe never called the masses into some stadium, using the sophistry of the current crop of politicians in Parliament to ask people to clap hands for his rhetoric speech and then ask them to go home.

He called them to battle for freedom.

He had no business in using the poor, desperate, and landless masses to parade and flex his quantitative strength in public. Nor did he present himself as a messiah ready to be their liberator. He was not concerned with being important, with being a hero, living longer or making concessions with the enemy in order to avoid personal victimisation – he would never budge.

In fact, he fearlessly led from the front in the people’s struggles and became an embodiment of and an inspiration to that very African he wanted to see. He faced the gun head-on without having a gun himself and looked the full wrath of the invading apartheid colonialist thugs and thieves in the face without blinking.

He called out the illegitimate colonial courts and reminded them that they had no hold and jurisdiction over him. Importantly, he taught Africans that the whole oppressive system depended for its continued existence on their submission to it, on their fear of it, and on their inaction in relation to it. And in his speeches, he taught that the freedom of the whole world rested on the freedom of the dispossessed Africans.

He would have still certainly taught workers today the same thing – to fight for freedom. But importantly, his peculiar understanding of the consequences of fighting for freedom was most noteworthy. He said: “The price of freedom is tears, toil, and blood.”

And he paid with his own life.

Yet he had still said long before his death: “We must not fear victimisation – we must fight on!”

Make no mistake. Sobukwe was no layman, or a reckless talker and anarchist. He was no mere man of action either, nor was he a clownish leader engaged in impractical verbalism. He was a philosopher, ideologue, and theoretician par excellence. His ammunition was a revolutionary philosophy and theory, method of struggle, and ultimate ideological vision for the world.

I pick the question of race only here to highlight that he was a dialectician. I do so because today there are many noises about racism and transformation.

Indeed transformation is a pipe dream, a hollow proposition by “screeching megaphones” of loud talkers precisely because they begin from the race question, not the material interests which protect racism.

Racism is not protected by racism. It is protected by economic power which was preserved in the catastrophic sell-out and screwed-up deal which lead to the corrupted and undemocratic elections in 1994.

To appreciate the forgoing, let’s listen to Sobukwe. Fundamentally, to Sobukwe, race had no “plural” form. All humans were equal. But the “race myth” he said, was “propounded and propagated by the imperialists and colonists from Europe”.

Importantly, the myth was accepted in 1955 by the oppressed through the intervention of their [mis]leaders. It took the form of multi-racialism.

But Sobukwe spotted this metamorphosed notion of human relations was a strategy. Multi-racialism was a magic wand of the Charterist by which to create a new South Africa, while it was essentially the preservation of racism in the eyes of Sobukwe.

As Sobukwe puts it: “Multi-racialism is, in fact, a pandering to European bigotry and arrogance. It is a method of safeguarding white interests irrespective of population figures… To us, the term multi-racialism implies that there are such basic inseparable differences between the various national groups here that the best course is to keep them permanently distinctive in a kind of democratic apartheid. That to us is racialism multiplied, which probably is what the term ‘truly’ connotes… If we have to maintain the same group exclusiveness, parading under the term of multi-racialism, we shall be transporting to the new Africa these very antagonisms.”

If you don’t believe me, black people cry foul when a senior post in a white man’s company has been given to a white man. Some sections of the population think that if you changed the face, racism would go away. Or that things will get better. They play to the gallery of group rights preservation. They have yet to understand that politics is not a matter of race, but that of material interests.

Some ignorant political idiots and a-historical nonentities accused both Sobukwe and the PAC of being racist and narrow nationalist, of wanting to throw white people into the sea. Yet Sobukwe had taught explicitly against the doctrine of hatred. He spoke of an African in terms of loyalty, not race. Loyalty to Africa was the basis of acquiring citizenship.

But to the Charterist, citizenship was acquired without condition. The magic wand would solve the racism and dispossession problem. The Charterists declared in Kliptown: “South Africa belongs to all who lives in it, black and white.”

Right there, the dispossessor and foreigner became a brother, sister, and countrymen.

Yes, by a magic wand everything that happened and was happening was a mere misunderstanding. Or – in today’s South Africa – it’s just a matter of creating equal opportunities and building a prosperous South Africa. Besides, the TRC (Truth and Reconciliation Commission) had bandaged the ‘past’ in 1996. Since then a rainbow nation, we became.

Sobukwe is disgusted, I say! So are all real liberation heroes.

In the final analysis, the Charterist did not hear Sobukwe, or was too ignorant to understand this giant, or because anyway it did not matter whether the “cat was black or white, as long it can catch mice”.

We now sit in poverty because we are “practical men and women” who were not concerned with philosophy, theory, and ideology. If he had listened to Sobukwe, we would have no farcical rainbow-nation, no fake TRC, no false “unity in diversity”, no landlessness, and certainly no black or white race constructs.

We would have known that the world of politics is not ideologically neutral. Quite the diametric opposite. And thanks to Sobukwe, we know that fact. Happy birthday to him!

Lunga X Mantashe is deputy president of the PAC of Azania 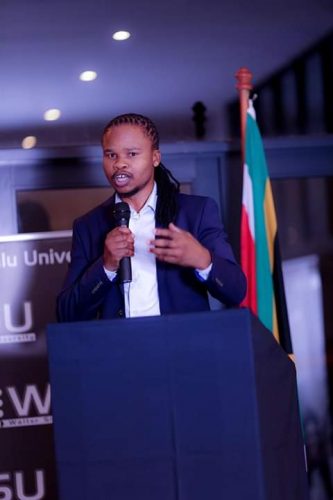