A year of lockdown: Are the inmates running the asylum?

Today marks the one-year anniversary since South Africa entered into lockdown to combat the coronavirus. But, has the craziness been worth it? A man is searched after being chased down by members of the South African National Defence Force (SANDF) and the police during a patrol in the Johannesburg CBD, 1 April 2020, during a nationwide lockdown. Picture: Michel Bega

The goosebumps ran across my body that Monday night. In a few days’ time, South Africa would also be in lockdown.

I stocked up some food, nervously running the “supermarket gauntlet” as we called it.

If you had a trolley, you could protect yourself from some idiot sneezing on you.

I stashed two cartons of smokes and bought a case of beer to get me through the 21 days.

I didn’t stock up on toilet paper; people were just being silly…

For the first time in my adult life, my freedom of movement would be curtailed to my house and the small yard that surrounds it.

“This is a decisive measure to save millions of South Africans from infection and save the lives of hundreds of thousands of people,” President Cyril Ramaphosa said on that Monday just over a year ago.

Most of us believed we were part of the solution going into lockdown. Everyone else was doing it and we had to beat this damn virus somehow.

And then, the clock struck midnight, the calendar moved to 27 March 2020 and our entire world changed.

There is a difference between seeing empty European streets on TV and being stuck in your own home alone, day after day after day. It will drive you mad.

But, that’s just when the madness actually started.

Troops were deployed on our streets, bullying, beating and harassing people into “self-isolation”.

No one would be allowed to refuse treatment and if you could not isolate, you would be sent to a centre.

Fear hung in the air, thick, palpable even. But we were doing this for the sake of our country…

If your kettle broke, you were up the creek and there was no way you could buy a paddle; only essential goods may be sold.

If you had a baby, you were also shit out of luck. No baby clothes, no cots, no dummies. Nothing.

The three weeks became five and the politburo got busy. Decree after nonsensical degree became part of life as we went into level 4.

T-shirts and open toed shoes would give you the coronavirus, so these had to be banned.

A cooked chicken or a sausage roll would give you the life threatening “dry cough”.

When they finally let us out of our cages, we could only be outside between six and nine in the morning. You see, the virus slept in. You were also only safe within a 5km radius of your home.

NDZ, as she became known, became public enemy number one. Especially when she declared that no-one could zol…

Hairdressers started operating underground, risking imprisonment to give an auntie a perm.

Zoom was suddenly part of our lives, with your colleagues peering into your inner sanctum day in and day out.

Level 3 came on 1 June and with it booze, smokes and a semblance of normality.

Since then, we have bumbled through the coronavirus shit show with the Command Council steering us to and fro as the government rakes up blunder after blunder.

We have seen water cannons used on pensioners, thousands queuing for their meagre R350 grant, an economy on its knees, looting and tenderpreneurs cashing in, thousands of jobs lost and a mockery made of so-called scientific consultation.

On Thursday this week, the health minister announced 1,554 new, recorded cases for the day. So far, more than 1.5 million cases have been confirmed and the official death toll sits at 52,535.

Was last year’s craziness worth it?

Not in a million years. 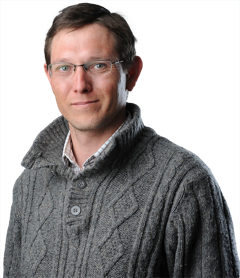 Hendri Pelser is the acting digital editor of The Citizen.