You see, State Capture is just a conspiracy – it never happened

A narrative that those implicated in corruption are being targeted unfairly is a dangerous theme in a country trying to squash graft. 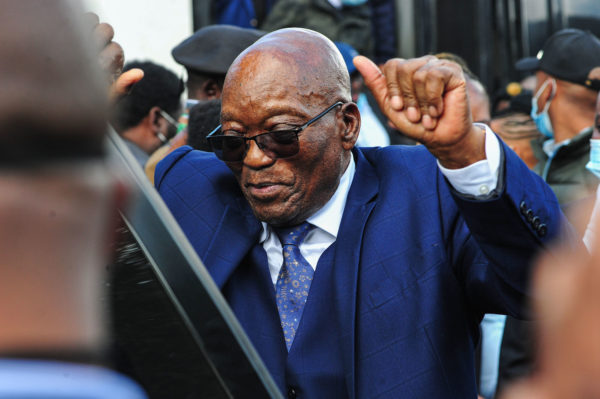 Desperate times call for desperate measures and a desperate politician is a dangerous one.

Apologies for butchering this particular saying, but I think the logic holds.

The Radical Economic Transformation (RET) faction within the ANC came out swinging at the Pietermaritzburg High Court today. Hard.

They did not say much, and they did not have to. A jibe here, a hug there. But, what they were really saying, was shouted so loudly that few can ignore the warning signs.

The list of RET dignitaries was quite impressive as they came to support corruption accused former president Jacob Zuma.

No big surprises there.

But, one surprise – KwaZulu-Natal Premier Sihle Zikalala – was so big that even the DA had lay an egg about it and send out an official statement.

Not saying much by saying a lot

Zuma told the crowd after his trial was postponed to 26 May, that he actually did not want too much as “we will say a lot in court when we return”.

Again he cast doubt on his ability to receive a fair trial, saying that people are “conniving with law enforcement agencies”.

Enough said, I guess, because this narrative is not going anywhere any time soon.

Then came Magashule, literally telling the crowd that he too will have much more to say next week.

“I will die in the ANC… I will never leave the ANC, comrades. I will never be banned from the ANC,” he told the crowd, before calling for members of the public to descend on the court next week in support of, ostensibly, Zuma.

Yengeni, in turn, claimed the National Prosecuting Authority was being used to settle political scores within the ANC.

So much subtext in all those comments that one cannot avoid how hard they are screaming, shouting in fact, at the country.

They have been treated so unfairly, and, everything is being done against them because they are hapless victims of a wide conspiracy. 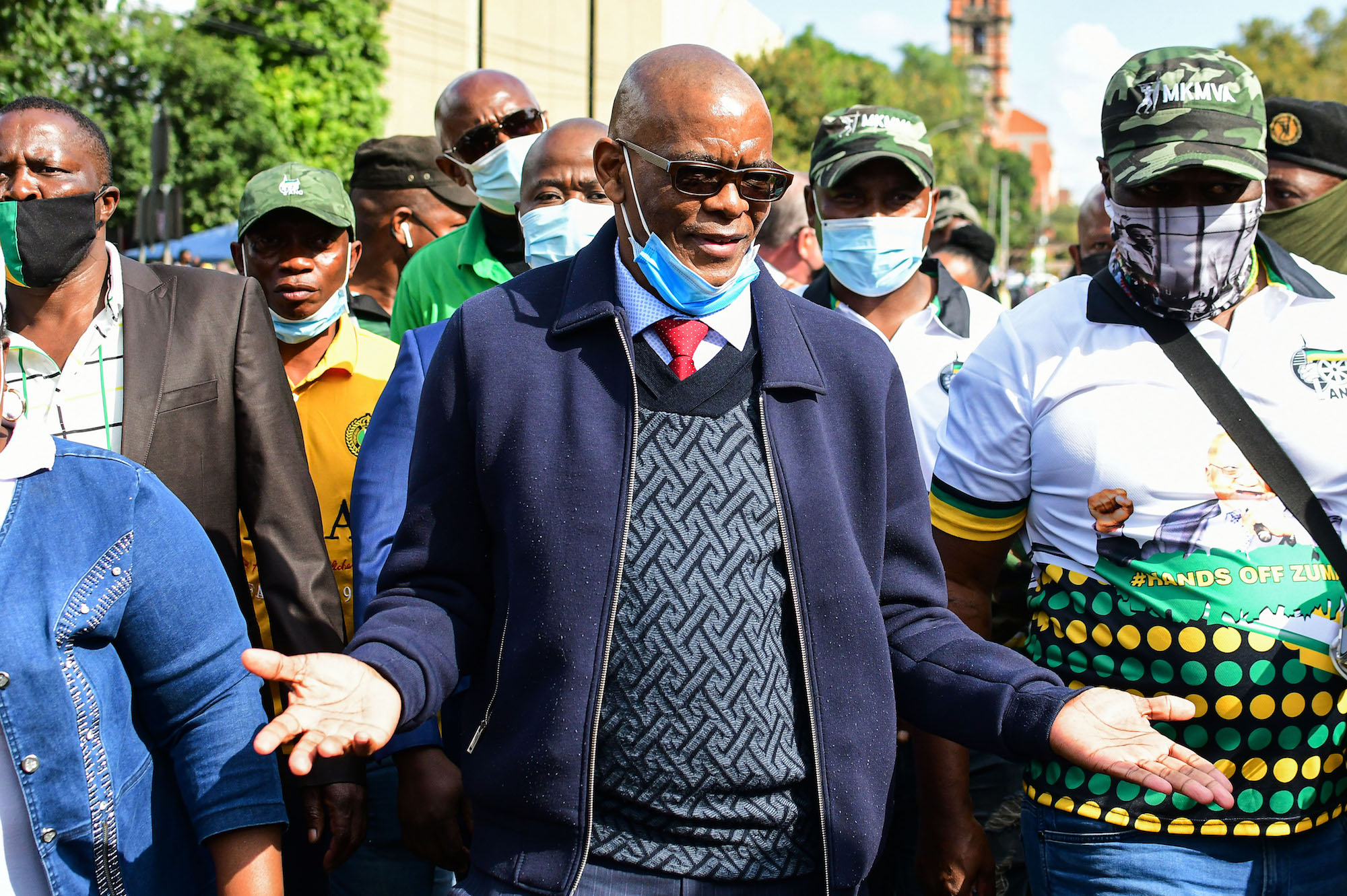 Ace Magashule, currently suspended ANC Secretary-General at Pietermaritzburg High Court on May 17, 2021 in Pietermaritzburg, South Africa. It is reported that Zuma faces charges of racketeering, two counts of corruption and 12 counts of fraud – nine of which are for allegedly making false income tax returns. (Photo by Gallo Images/Darren Stewart)

Political logic does not always need to make sense, especially if you are willing to take your opponents – and even your party and country – down with you.

Zuma, Magashule, Bongo, Mahumapelo and of course good old Niehaus are all victims. They are fighting for their party and for the movement.

State Capture never happened under their watch and to imply differently is to counter-revolutionary.

Or some such logic…

The problem with these sound bites – and they are gorgeous – is that it underpins a very dangerous counter logic that is turned into a narrative, which in turn takes root as a version of reality in the minds of some (and, sometimes more than ‘some’).

If you start believing that the ANC is only cleaning up house – not in response to unchecked corruption – but because Cyril Ramaphosa and co need to solidify their political power, then you are in trouble.

Of course, Ramaphosa is not letting a good crisis go to waste to clean house, but the house needs to be cleaned. Desperately.

That, we all know, is a fact and not a version of some half baked theory.

Zuma and his cronies need to stand trial. And, the quicker, the better.

Because, when they are finally behind bars, maybe the rest of us in this country can just start to carry on with our lives.

And start to rebuild what they have destroyed.