How a difficult discussion about violence builds a better world

I can only ensure a better society by building a better me. 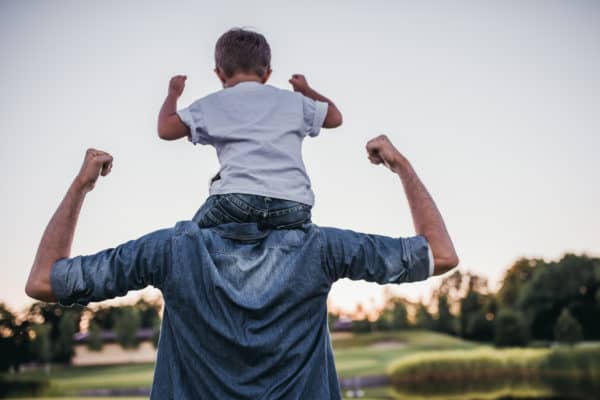 The Lotriet household is a war zone in the mornings. We have to get the four-year-old Egg respectable, feed the animals (including the children), get bags packed, and deal with tantrums.

Egg and the lovely Snapdragon are tantrum specialists but this morning, it was my 15-year-old stepson’s turn.

During the night Rocky, the miniature pinscher, couldn’t muster the courage to go out into the cold and this morning my stepson stepped into something gross. Predictably, drama ensued.

When everyone was calmed down, he was still fuming and gave Rocky a painful pinch. His mother shouted at him, he shouted back and I defused the situation with a few sharp words.

He’s a big boy after an impressive growth spurt. He takes pride in his newly discovered physical strength, which is a good thing.

But he also tends to judge someone’s worth by their muscles and capacity for violence, which is bad. I’ll have to have a fatherly word with him this evening.

“I know you have strong emotions, and I respect that,” I’ll tell him tonight. “But we can’t act on emotions. Responsible human beings only act on rational thought.”

I’ll tell him that violence – both physical and verbal – is not a sign of strength, it’s a sign of weakness because you’re not strong enough to do the right thing.

I’ll tell him that power, including physical power, is not a licence to bully and to rule, it is a tool to help you serve and care for others. And I’ll tell him muscle power is only one form of strength.

“Look at your mother,” I’ll tell him. “She doesn’t have our muscles, but she’s much stronger. In times of difficulty, she carries all of our worries on her shoulders. How strong is that?”

It’s going to be a difficult discussion. But I’ll also be talking to Snapdragon and Egg, to our neighbours in the complexes around us, the people in other cities in Gauteng and the rest of the country.

I’ll be talking to the world.

Most of all, I’ll be talking to me.

It’s my responsibility to build a better world, but I can’t change other people. I can teach them compassion.

But I can only ensure a better society by building a better me.

Driver's licence renewal fiasco: Mr Fix has the solution
2 hours ago
2 hours ago

Driver's licence renewal fiasco: Mr Fix has the solution
2 hours ago
2 hours ago