The reality of water politics

As a political scientist who does research on water politics and water governance, I have heard calls from colleagues that 'politics' be taken out of water management. 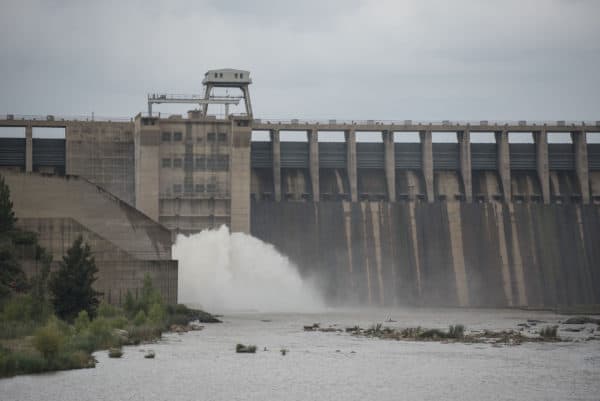 Water politics has been playing out at local government level for some time.

From Koster to Bloemhof and from Harrismith to Hibberdene, each of these areas is riddled with water politics.

The word can have a negative connotation with readers due to the presence of “politics” in the concept.

Such requests are akin to blaming capitalism for environmental destruction, or that we need to get rid of economics to achieve environmentally sustainable development.

ALSO READ: Water outages: Other parts of SA in dire straits too

What is this thing we call water politics and why is politics important for managing a natural resource like water?

In short, politics is the authoritative allocation of tangible and intangible of values, such as natural resources.

Another short definition of politics is who gets what, when and how?

Water politics is the systematic study of conflict and cooperation regarding water resources. These are broad definitions and does not give an indication which political actors are involved in water politics.

That said, a more nuanced definition of water politics as a scientific field of study is that it is the systematic investigation of the interaction between state, nonstate actors and other stakeholders, such as individuals within a political environment, concerning the authoritative allocation or utilisation of water resources.

This definition is in line with Aristotle’s dictum “Man is by nature a political animal” (a member of the species homo sapiens regardless of sex).

Politics is a social activity in which individuals create, maintain and change the general norms and rules that govern their lives. Simply put, anarchy ensues in the absence of such rules and norms, and hence politics is an essential social activity.

In the recent local government elections we saw water politics playing out as issues of infrastructure decay, absence of water and sanitation services and the distribution and redistribution of water.

Take for instance, the situation of Sedibeng Water supplying water to three local municipalities Matjhabeng, Nala and Maquassi Hills. The water supply to towns in these municipalities was disrupted after, according to media reports, no water flowed from the Balfontein water plant.

Reportedly striking workers at the plant turned off the taps due to a wage dispute with Sedibeng Water.

On 18 October, water stopped flowing, affecting around half a million people in some 13 towns and communities in the area serviced by Sedibeng. Apparently bottled water ran out in Welkom shops.

It appears that nonpayment to Sedibeng by the municipalities is the cause of the wage dispute. Simply put, no cash flow caused no water flow, as Eskom acted against Sedibeng for nonpayment of electricity bills.

It is not difficult to see how politics, as a social activity of who gets, what and how, played out here between Sedibeng employees, municipalities, and Eskom.

Enter nonstate actors. According to reports, Virginia residents reached out to Gift of the Givers Foundation for assistance.

Political parties, in the context of the upcoming local elections and as representatives of their constituencies, also weighed in.

The FF Plus asked for the cooperative governance and traditional affairs (Cogta) department to come with a solution.

The party emphasised that it is “unfair” and “unconstitutional” for residents not to receive water. AfriForum took more drastic action by approaching the Free State High Court in Bloemfontein to restore supply.

This was after the civil society organisation’s correspondence with Sedibeng was fruitless. AfriForum also pleaded with residents with boreholes to supply water to hospitals, clinics, schools and old-age homes.

Although at first glance politics as an activity by an array of actors, from striking workers to Eskom, was the cause, the inability of local governments to pay for such services is a recurring occurrence causing disruption not only of water but also electricity.

Looking at it from a different perspective, the various political practices by individuals, civil society organisations, and political parties not only highlights the situation but could also produce solutions.

Whatever the case may be, dialogue as another political activity will resolve the matter.

– Dr Richard Meissner is an Associate Professor in the Department of Political Sciences at Unisa.