Orchids and Onions – Clever marketing in some election campaigns

An awesome Onion for DNA Brand Architects … and one to Volvo for good measure, for allowing shotgun PR to happen. 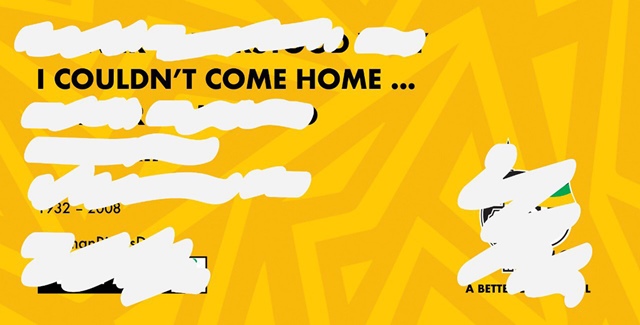 Marketing communication, if its practitioners are honest, is about weaving a little bit of reality into a tapestry of fantasy – just enough to make it believable – and delivering a call to action which persuades punters to buy your widgets.

In that sense, advertising people are little more than politicians: they’ll promise the earth and deliver a few grains of sand. In many cases, both in advertising and in political campaigning, the consumers (voters) are captivated by the illusions and ask few questions.

As we head into election season, it has been interesting to see the ante being upped by politicians. One of the most noticeable aspects of this year’s campaign has been the quality of some of the creative ideas behind it.

Social media produced a clever piece of Twitter electioneering done by the ANC this week. Although it went out under the Twitter handle of President Cyril Ramaphosa, it was almost certainly the work of the party’s social media strategists.

Ramaphosa’s tweets initially looked like they had been hacked (and a number of followers expressed this concern), because they had been “censored”. As they rolled on, though, more and more of the message became clear. 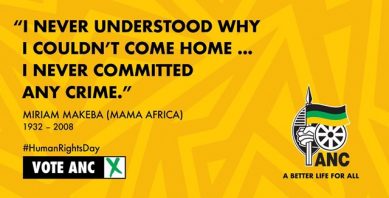 The full post was a quote from singer Miriam Makeba which was censored in stages. Ramaphosa then went on to explain: “Miriam Makeba had her freedom of movement denied by the apartheid state.

“Today we have the freedom to go where we want in our beautiful country. That is why I am voting ANC on the 8th of May.”

The campaign ran on Thursday, Human Rights Day, and made the point that the country is not at all what it was under apartheid. It was a reminder of how we have changed and how far we have come. And it was an exhortation to the party faithful to trust the ANC – not an easy sell these days – to continue the good work.

It’s good marketing, so it gets an Orchid from me.

In saying so, I must repeat to those who are already foaming at the mouth because I have given praise to the ANC in the midst of the national crisis of load shedding, let me emphasise: this is NOT an endorsement of the party; just a comment on the effectiveness of its advertising.

The same goes for the other political Orchids I am handing out. 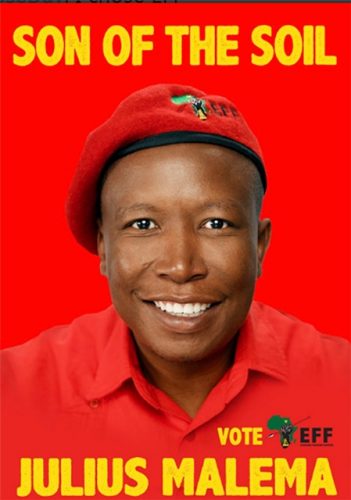 First goes to the EFF for its simple poster projection of its commander-in-chief – another astute bit of branding for a “revolutionary” organisation – Julius Malema as a “son of the soil”.

It is simple, it resonates with a party which says it is fighting for the land to be returned to the people.

And it casts Malema as the humble man from a rural area. Whether that is the reality or not, it is irrelevant to the message the party wants to convey.

That message is clear and it is good – so an Orchid.

The much-maligned and often fractious DA gets a lot of stick from a lot of people for a lot of things. But its slick TV advertising is among the best out there.

The latest ad is full of the party’s rainbow nation optimism and, even to a political and marketing cynic like me, it speaks to the place SA should be, or could be … but has never become.

It gets across its message clearly that the DA is the party to make these dreams of unity come true.

So it gets an Orchid. 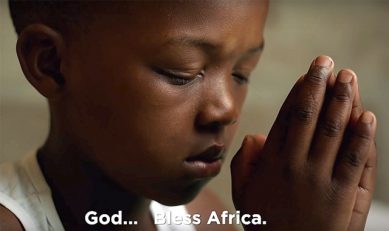 Rule number one in the public relations business: do not send shotgun press releases to journalists. The majority of them get spiked – and why not? Who likes to be the sloppy second, or third?

I got one of these this week, addressed to “undisclosed recipients” – the sign of a scatter-gun mailing process. Not only was it addressed to goodness knows how many other hacks, it had the temerity to pitch for an interview on “your breakfast show”. The only breakfast show I have is when I devour the delicious omelettes my wife makes.

It came from one Patricia “Trish” Dlamini, an “associate brand architect” at DNA Brand Architects. It was on behalf of Volvo and pitching an interview with some high-up about safety. Now, had I been approached in a one-to-one manner, I might have been interested.

To shotgun me makes me feel used and abused. Clearly, even though DNA Brand Architects boasts about its skill in PR (and I would firstly doubt anyone who throws about the meaningless word “awesome” with as much abandon as DNA does on its website), it doesn’t have a clue about the basics.

An awesome Onion for DNA Brand Architects … and one to Volvo for good measure, for allowing this to happen.

It was interesting to contrast that approach with that of Nissan SA’s PR communication team and its advisers.

It was all on a one-to-one basis, understanding my interests and those of my newspaper and setting up opportunities for a win-win relationship. A fascinating, useful interview with Nissan SA MD Mike Whitfield ensued, and there will be other stories in the future.

PR is all about relationships. Nissan SA knows that and DNA Brand Architects doesn’t …

No matter what ANC fails to do, it remains electorally powerful
7 days ago
7 days ago
PREMIUM!

No matter what ANC fails to do, it remains electorally powerful
7 days ago
7 days ago
PREMIUM!