Zuma risks the boos of Soweto

If he isn’t jeered before the end of his speech at Orlando Stadium, he might even end up stronger, says an analyst. So what's Zuma's game plan? 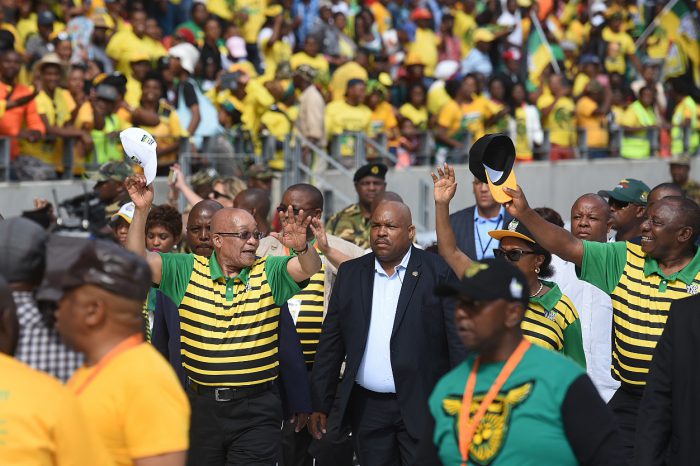 Attention will be focused on President Jacob Zuma tomorrow as he addresses South Africans during the ANC’s 105th birthday celebrations. Thousands of people from across the country are expected to converge on Orlando Stadium in Soweto.

Meanwhile, political analyst professor Andre Duvenhage warned that “Orlando is the wrong environment, situated in the wrong province for Zuma”, being one of the Soweto townships that had stayed away from the polls in the local elections last year.

While members of the public have said they don‘t expect Zuma to sidestep critical issues plaguing the ruling party, political analysts had contrasting views on what could be expected from the president tomorrow.

Duvenhage said the choice of venue for an event of this magnitude was risky, considering Soweto was where the party received resistance from constituencies, some of whom boycotted the 2016 local government elections.

ALSO READ: Malema warns that a ‘third term is loading’

He said Zuma would be entering the lion’s den tomorrow.

“I think that the ANC is fully aware of the risks of taking the event to Orlando, but at the same time, they will be trying to buy people and encourage them not to stay away from the party,” he said.

Duvenhage said should the president conclude his speech without being interrupted or booed, it would mean an advantage for him ahead of the party’s leadership conference.

Commenting on the kind of approach Zuma was likely to take on the podium tomorrow, Duvenhage said he would be more of a populist who would be using the language of populist rhetoric, similar to that of EFF leader Julius Malema.

“I expect Zuma to speak strongly on issues of white monopoly capital, racism, land reform, education and job creation, as well as identifying the challenges the party has been facing – so people should expect a radical tone.

“He is also likely to indirectly speak out against the likes of Gwede Mantashe, Cyril Ramaphosa, Thabo Mbeki, the SACP and Cosatu, including those who have publicly called on him to step down,” Duvenhage said.

Duvenhage said Zuma went home to Nkandla over the festive season to recharge his batteries and prepare himself for a fightback, which starts tomorrow.

Another political analyst, Elvis Masoga, said people could expect an unrepentant Zuma who will continue dodging and diving when it comes to the political realities facing SA and the ANC.

“The ANC’s annual January 8 Statement has been designed to be a gate-opener for the party to honestly summarise its previous year’s work, but people should not expect that, as Zuma will create a false picture how 2016 was for the ANC.”

Zuma will leave supporters disappointed and betrayed because “his political psychology is obsessed with personal survival and preservation and he will continue strategising on how to continue surviving”, Masoga said.

Meanwhile, EFF leader Julius Malema has called on the youth not to attend the weekend celebrations, saying that if they did so, they would be traitors.

“If you are young and find yourself at Orlando Stadium on Sunday, then you are a traitor. The unemployed and the poor must stay home,” Malema said on Twitter, describing it as a “festival of the rich”.