She alleged bathrooms were knocked down, sinks smashed with hammers, and door locks broken in an attempt by the landlord to intimidate her. The owner of a Johannesburg creche has obtained an urgent court order allowing her to occupy the premises after the owner of the property allegedly obtained an eviction order behind her back and violently smashed the interior with hammers.

Sheila Kemp, a registered nurse who has been running the Superkids Creche for the past 20 years on the premises in Bramley, said in court papers she was aware that the owner of the property, Gerald Ernstzen (also known as Gerald Burns) was in the process of seeking an eviction order against her, but she had filed opposing papers.

She started the creche in 1995 and has been leasing the property ever since, with an option to buy should the owner want to sell. She denied that she was in arrears with her rent with almost R40 000 or that payments were normally erratic.

She said she was therefore “quite surprised” when she learnt on December 29 that an eviction was in progress and found men carrying the contents of the school into the parking lot. She said Ernstzen/Burns was “belligerent and aggressive” and instructed his workers to take hammers and violently damage the interior.

She alleged bathrooms were knocked down and sinks smashed with hammers, and door locks broken in an attempt to intimidate her and to prevent the premises from being used as a creche.

When her attorney arrived, he was shown an eviction order that had been issued on December 1.

This was the first time she had seen the court order, which had not been served on her before the eviction. Her daughter, a candidate attorney, later allegedly found out that two separate court files had been opened under the same case number, with only one of the files containing her opposing papers and that Ernstzen’s business, Major Network CC, had obtained a default judgment against her.

Kemp said Ernstzen/Burns had told her in October that he was considering moving to Australia and she received a lawyers letter at the end of October that she had to vacate the premises by the end of November, which she regarded as totally unreasonable, given that she was running a nursery school with children and parents depending on her.

The court order allows her to occupy the premises pending an application to have the eviction order set aside. 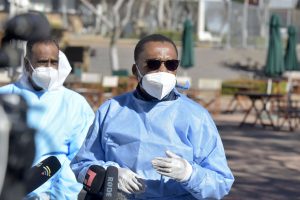 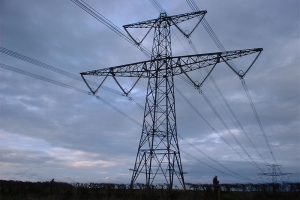