Dagga plants were also found on the premises. 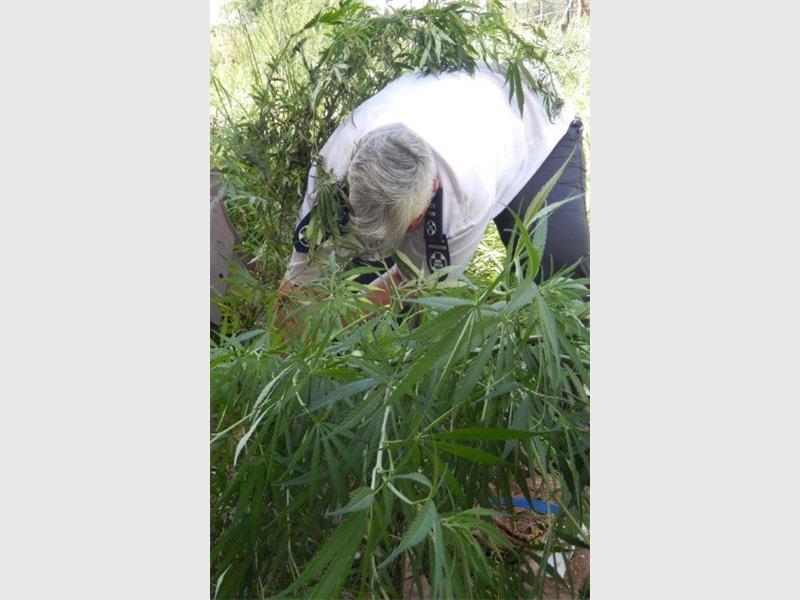 “Criminal charges in terms of the Animals Protection Act will be laid against the owners of a property in Protea Glen, Soweto. The team uncovered neglect and cruelty as well as unsanitary illegal slaughterhouses on the farm supplying rotting chicken carcasses for public consumption,” said Wendy Williams, an investigator of the SPCA’s Special Investigations Unit.

“Thirty-two dogs were seized and taken to a place of safety for veterinary treatment. The majority of the dogs were pit bull terriers. All had been living in dirty and parasitic conditions. 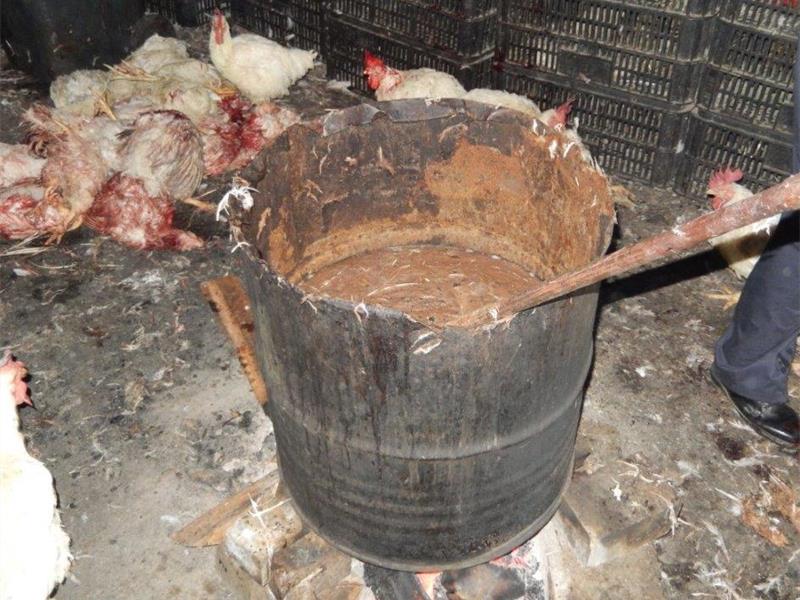 A pile of dead rotten chickens.he dogs were pit bull terriers. All had been living in dirty and parasitic conditions.

“Inspectors involved in the operation were appalled by what they witnessed – dogs living amid piles of their own faeces and being fed rotting carcasses. The dogs were tick, flea and worm infested and many of them had untreated injuries as well as other conditions and illnesses.

“Two sheep had to be humanely euthanised on veterinary advice due to their extreme suffering as a result of untreated injuries and illnesses. Inspectors had to break the locks of an outhouse to reach them,” she explained. 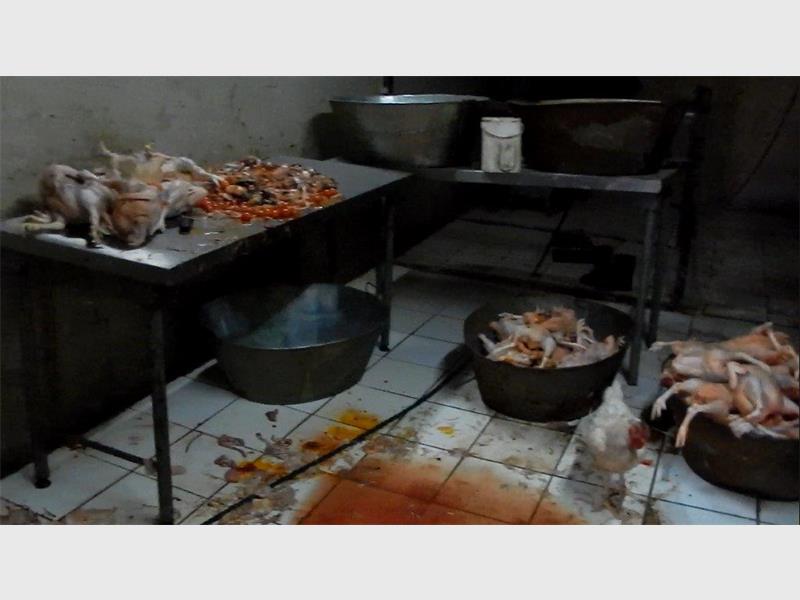 The kitchen where rotten chickens were processed to be made available to the unsuspecting public.

According to Williams, the ‘abattoirs’ on the property were unregistered and therefore operating illegally.

Inside these facilities, inspectors discovered dead and dying chickens being processed in filthy conditions. Information obtained at the scene revealed that the chickens were meant to be sold to the unsuspecting public in Johannesburg, he said. 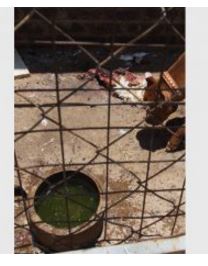 The dogs were being kept in horrible conditions.

“In addition to cruelty issues involving handling and slaughtering the chickens, serious issues relating to public health arose and were reported. Contraventions of the Animals Protection Act and the Meat Safety Act were identified.”