Somehow, the drivers evaded authorities and got away without being detected. 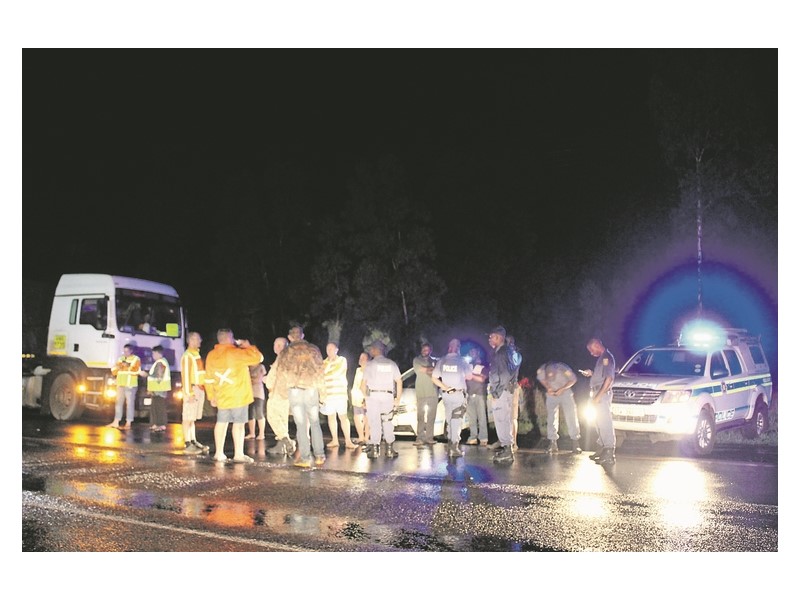 The suspects were found with fraudulent paperwork after initially being spotted loading chrome from what is suspected to be an illegal mine and without authorisation, Middelburg Observer reports.

One of the trucks being searched.

A few hours later and without proper explanation, police let the suspects go and take their cargo with them, according to Phoenix Flying Squad Security, who were instrumental in tracking and locating the trucks.

According to the Middelburg 911 group, they had received information from the Lydenburg Fire Chief to be on the lookout for four trucks travelling towards Middelburg with suspected stolen cargo.

Each truck was loaded with about R100 000 worth of Met Grade Chrome, and it is believed the trucks were from around the Steelpoort/Burgersfort area.

Members of 911 were sent out to various spots to be on the lookout for the trucks, and a makeshift roadblock was set up about 5km outside Middelburg.

As soon as the first truck was pulled over and suspicions verified, the Middelburg police were called in.

Thereafter, one by one, the trucks were pulled over, with the exception of one truck, which somehow evaded authorities and got away without being detected.

According to the owner of Phoenix Flying Squad Security, Jandre Stander, it is shocking that the truck drivers were let go.