Piet van Wyk was killed following an argument with a tenant. 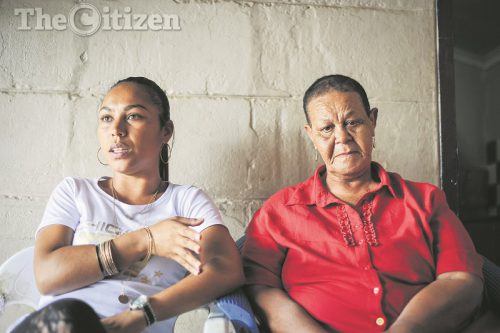 Claudine Keppler sits next to her mother, Dorothy van Wyk as she speaks of her father's recent death, 24 January 2017, Eersterust. Picture: Jacques Nelles

The case involving a Pretoria pensioner who was thrown into the air and fell to the ground “like a rag doll”, was thrown out of the Pretoria Magistrate’s Court on Tuesday morning, because there is “not enough evidence against his alleged murderer”.

Piet van Wyk, 76, had no chance against his young, strong and tall attacker. He died 13 days later in the Steve Biko Hospital due to a heart attack.

“It was as if the wife of my father’s attacker knew her husband was going to walk free. When I walked into the courtroom, she laughed,” his daughter, Claudine Keppler, said.

She and her mother, Dorothy van Wyk, 68, are broken and traumatised. The Van Wyks had been married for 40 years and were best friends who never spent a day apart.

Keppler said the Egyptian suspect was renting space in her parents’ yard to run a spaza shop. She said her father was attacked on December 31, after the man had an argument with him.

“I took him to the Eersterust police station to open a case, but they did not pay much attention and a police captain at the front desk promised to send someone to our house, but nobody came.”

The next day, Van Wyk was admitted to the Tshwane District Hospital and transferred that night to the Steve Biko Hospital.

“They could not operate on my father because his knee was too swollen and they had to wait for it to go down,” Keppler added.

She told The Citizen that while her father was in hospital, her mother tried again to open a case with the police on his behalf, but they refused.

On January 12, Van Wyk had a heart attack and died in hospital. The body could not be released because the hospital was waiting for the police to come and open their case. They only showed up at the hospital a week later.

“This really traumatised my mother and I. We have been through hell,” Keppler said. Her father was laid to rest on Saturday.

Police spokesperson Sergeant Sam Shibambo said the police will proceed with further investigations into the case. “We are also waiting on the post-mortem, which would be released to us in the next three weeks.”

Shibambo added that he was planning to visit the family as soon as possible.