Boy Mamabolo, chairperson of the ANC's Milo Malatjie branch, accused the league of fuelling factional battles in the ANC. 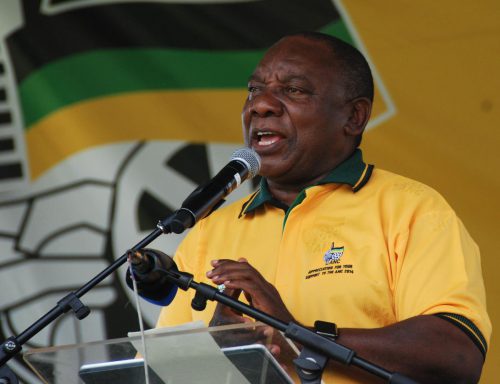 The ANC succession battle is intensifying, with an ANC branch in Limpopo accusing the ANC Youth League (ANCYL) of attempting to tarnish the reputation of Deputy President Cyril Ramaphosa ahead of the party’s elective conference in December.

The ANCYL this week stopped just short of calling Ramaphosa and Finance Minister Pravin Gordhan corrupt, saying they had a conflict of interests.

The ANCYL – a staunch President Jacob Zuma supporter – accused Ramaphosa and Gordhan of ensuring the collapse of SAA to create space for private businesses they are linked to.

It said the two senior government officials have interests in Bidvest and Comair, which they claimed had interests at SAA.

However, Ramaphosa’s spokesperson, Ronnie Mamoepa, said the deputy president had no financial interests in Bidvest.

“In line with the executive ethics code, the deputy president has disposed of all his financial interests that would have created a conflict of interest,” Mamoepa said.

Mamabolo said the issue was the ANC elective conference –  nothing else.

“The ANCYL has made it clear that it does not want Cyril to become the next ANC president,” Mamabolo said.

“This is their attempt to tarnish his image.”

He said the league was being used by “other people” to attack Ramaphosa.

Mamabolo called on all concerned ANCYL members to pass a motion of no confidence in the league’s provincial and national leadership.

“The ANCYL represents nobody,” he said. “It has not got followers and structures.”

Ramaphosa is seen as one of the key contenders to take over as ANC president.

However, there are growing calls for a woman candidate to succeed Zuma.

The ANCYL, said to be divided over who should take over from Zuma, has said it will not be pressured to pronounce on its preferred candidate.

The league wants a leader who is keen on advancing the establishment and functionality of the state bank, land restitution and has an appetite for collapsing white monopoly capital.

Rural versus metro support: Why SA political parties must find a balance
9 hours ago
9 hours ago

Rural versus metro support: Why SA political parties must find a balance
9 hours ago
9 hours ago