Darul Uloom University caught the department's attention after alleging the City of Joburg had wrongly charged them R1.1m for electricity in a single month. 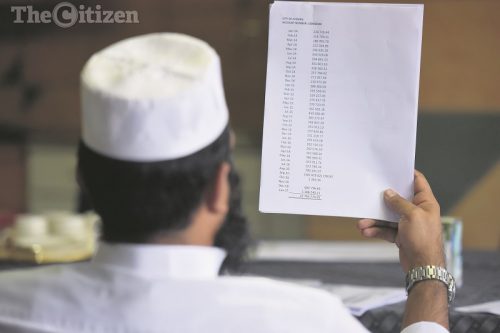 The department of higher education and training (DHET) will institute legal action against an Islamic “university” in Zakariyya Park, south of Johannesburg, if the founders do not desist from operating illegally.

Darul Uloom University came into the spotlight after alleging the City of Johannesburg had wrongly charged them R1.1 million for electricity in a single month. The University alleged they paid the city over R10 million in a period of three years.

After reading about their electricity problems with the city in The Citizen, the department released a statement to the publication stating Darul Uloom University is not duly registered or accredited as a university in accordance with the legislative requirements governing the private college sector of this country.

Based on that, the department’s chief director of media and communications, Madikwe Mabotha, charged it may not be referred to as a university and “any use of the title university is done so fraudulently”.

“The department of higher education and training has in 2016 officially requested the operators – Madressah – to desist from this fraudulent practise. The DHET is considering instituting further legal steps against the operators if this continues,” said Mabotha.

The university’s site manager Zaheer Dawee said he was not aware that the department is considering legal action against the institution.

“The institution is one for Islamic studies, and does not fall under the ambit of the department of higher education. Any certificates issued are for the completion of Islamic studies at the Madressah,” said Dawee.

Mabotha said private higher education institutions are governed by the Higher Education Act, 1997 and the Continuing Education and Training Colleges Act, 2006. “The purpose of the legislation is to ensure that institutions operate within the law, have the necessary resources, capacity and expertise to offer acceptable standards of higher education qualifications that are aligned to the National Qualifications Framework.