The party has taken issue with the president's sense of 'entitlement' at the idea that his former wife can take the reins. 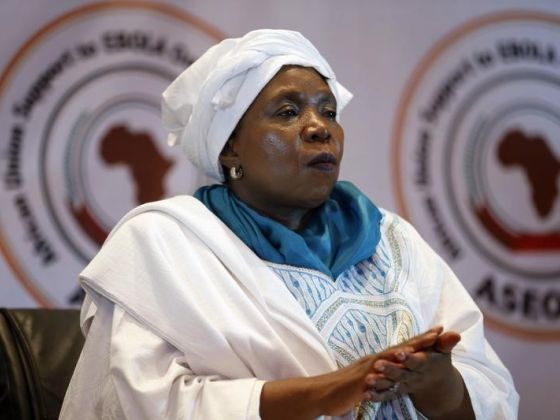 The SA Communist Party (SACP) launched yet another thinly veiled attack on President Jacob Zuma yesterday over his statement that the ANC was ready for a female president, saying some leaders think family members can be anointed.

The president’s former wife, Nkosazana Dlamini-Zuma, is running for the top post. SACP second deputy secretary-general Solly Mapaila said during the late SACP stalwart Moses Kotane lecture in Diepkloof, Soweto, yesterday: “If we allow this kind of thing to happen … it will not help us.”

Mapaila said the country’s greatest families – the Mandelas, Sisulus and Tambos – had never demanded anything from the movement.

“If we do that and think we are entitled, because of the surname, we will be creating a serious mistake for the future of this country.”

Mapaila also lambasted the so-called Premier League, saying the controversial ANC lobby group believed to be led by the premiers of North West, Free State and Mpumalanga (Supra Mahumapelo, Ace Magashule and David Mabuza, respectively) was championing Dlamini-Zuma to take over the reins of the ANC in defence of Zuma.

Dlamini-Zuma and Deputy President Cyril Ramaphosa are the frontrunners for the ANC’s top job.

The party holds its elective conference in December.

Mapaila made the point that Kotane had not fought for his family.

“He fought for the people of our republic,” Mapaila said.

“That is the lesson we can get from Kotane.”

Mapaila also used the opportunity to plead with Zuma not to “gamble” with the executive powers given to him via the Constitution.

The communist party wants real economic transfer of wealth to the people of South Africa, not to leaders’ groupies, he added, referring to the plans outlined in Zuma’s state of the nation address last week for radical economic transformation.

“We will not accept any programme that is just going to create another layer of Guptas,” Mapaila said. “If you talk about the second radical phase, it must benefit the workers, not individual companies.”