A non-governmental organisation flew to Syria 12 days ago in a bid to facilitate Mohamed’s release. 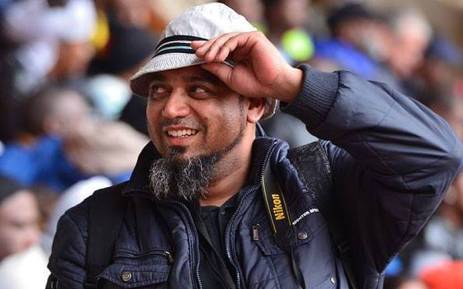 Shiraaz Mohamed was kidnapped in Syria by unknown men in 2017. Picture: Supplied to Rising Sun Lenasia

The NGO told Jacaranda FM news that they had seen proof in the form of photos and videos. This after the group flew to Syria 12 days ago in a bid to facilitate Mohamed’s release.

Bakar al Maharmeh from the Truth Collective South Africa said he made contact with a mediator between the rebel groups and the Syrian government and it was established that Mohamed was alive and being held by Jabhat al-Nusra in Idlib.

Al Maharmeh says through the mediator, they have established that Jabhat al-Nusra was offering to trade Mohamed for the release of four of their members held by the Syrian government.

Despite the crimes committed by these four men, the Syrian government has agreed to the negotiations in order to maintain the good relationship between Syria and South Africa.

According to al Maharmeh, due to the infighting between the different rebel groups there has been some delay in securing Shiraaz’s release, but if there is any window of opportunity, they will bring him home. He is sure it will be before the end of the month.

Al-Maharmeh will depart for Syria next month to secure Mohamed’s release.

Mohamed was kidnapped on January 10 by Syrian rebels. Mohamed arrived in Syria on January 4, after planning the trip for months. He had taken a number of photographs inside and around the Gift of the Givers hospitals.

He was meant to have left Syria on the day he was kidnapped as he had been travelling to the Turkish border.

On January 9, Mohamed texted his family to say that there was a chance he might be detained before leaving the country.