Shadrack Sibiya argued that Nhleko had set a precedent by approving his co-accused Anwa Dramat’s application for legal representation at the state’s cost. 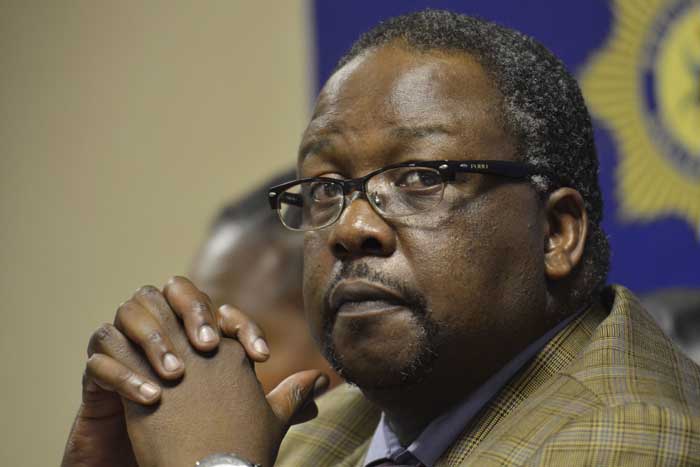 Sibiya maintained in papers before the North Gauteng High Court that Police Minister Nathi Nhleko had set a precedent by approving his co-accused, former Hawks head Anwa Dramat’s application for legal representation at the state’s costs.

He alleged Ntlemeza had acted arbitrarily and exceeded his powers when he in June last year turned down applications by Sibiya and former Hawks investigator Leslie Maluleke for assistance with their legal costs.

Sibiya – who now heads the DA-led City of Joburg’s anti-corruption unit – alleged Ntlemeza did not have the authority to make such a decision and could only make a recommendation to the police commissioner, rendering his decision unconstitutional and unlawful.

Sibiya, Dramat and Maluleke are facing charges of kidnapping, defeating the ends of justice and contravening the Immigration Act in relation to the rendition of Zimbabwean nationals, who were sought for the murder of a top policeman, to their country in 2010.

Sibiya and Maluleke’s application to set aside Ntlemeza’s decision was on Monday postponed indefinitely.

The police minister, police commissioner and Ntlemeza still have to file opposing papers in the application.

The two want the court to either order the police to pay for their legal representation or to refer the matter to the commissioner for a decision.

Their criminal trial has been postponed pending the outcome of their application for legal assistance.

Sibiya and Maluleke said the criminal charges stemmed from their official duties as members of the Hawks and they had never forfeited their right to state assistance by exceeding their powers, acting reckless or intentionally or failing to comply with any official directive of the police minister.

Sibiya said he was not present when the alleged offences were committed, was not involved and never gave anyone any instruction to participate in the commission of any crimes.

Maluleke maintained Crime Intelligence head office had asked him to assist in their operation in Diepsloot.

The case has been at the centre of several public spats between Independent Police Investigative Directorate head Robert McBride (who cleared Dramat and Sibiya of any wrongdoing), the Hawks and Police Minister Nhleko.